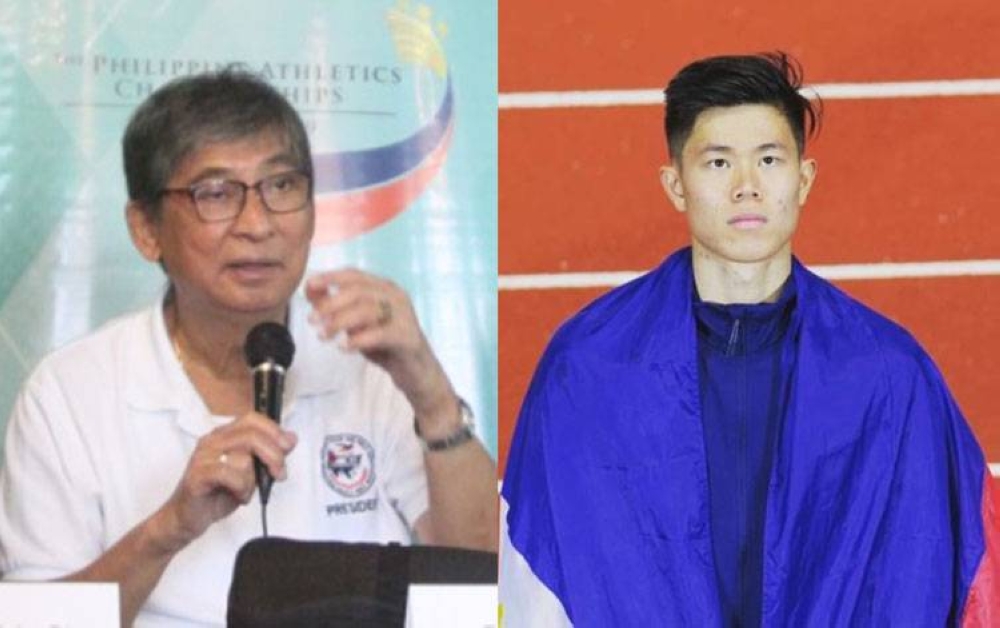 (UPDATED) THE Philippine Olympic Committee (POC) junked its resolution that declared Philippine Athletics Track and Field Association (Patafa) president Philip Juico as persona non grata, and, at the same time, lifted its 90-day suspension on the national federation on Monday.

The POC's decision was reached following the conclusion of the mediation process between the Patafa and pole vaulter Ernest John “EJ” Obiena where both parties agreed to a settlement.

“The Executive Board of the POC fulfilled its gentlemanly pronouncement and has lifted the two resolutions rendered by the POC on the Patafa,” POC president Abraham “Bambol” Tolentino said in a statement on Monday.

“The lifting of the resolutions hinged on the successful mediation between pole vaulter Ernest John 'EJ' Obiena and the Patafa.”

The Obiena-Patafa dispute stretched for more than four months with the core of the issue being the athlete's alleged falsification of liquidation reports, misappropriation of government funds, and failure to pay Petrov his salaries on time.

The row led to Obiena filing a harassment complaint against Juico before the POC Ethics Committee, which then declared Juico as persona non grata in December last year. The decision was ratified in a POC General Assembly the following month.

Patafa then dropped Obiena from the national pool and refused to act accordingly on the pole vaulter's request for endorsement on major international tournaments.

The POC Board decided to suspend Patafa on March 17, saying that it has failed to serve its purpose as an NSA, noting an NSA must have “the dedication and commitment toward the development of the sport, promoting the ideals of the Olympic Movement and the spirit of sportsmanship.”

Patafa's nonendorsement of Obiena caused him to miss the World Indoor Championships in March.

Patafa, however, said that it decided not to act on Obiena's request until the completion of the mediation process facilitated by Philippine Sports Commission (PSC) chairman William “Butch” Ramirez.

The Senate also held hearings in an attempt to reconcile the two parties which they ultimately did in the fifth session of the PSC mediation on March 30.

Patafa has reinstated Obiena to the national team and promised to endorse him in international competitions, including this year's Southeast Asian Games and the World Outdoor Athletics.

Obiena's reinstatement to the national team meant that he will have his funding from the PSC back. He has not received financial support from the government since September of last year due to his rift with Patafa.

“It is therefore with great relief to announce that the POC, lifts as we hereby lift the resolution declaring Mr. Juico as persona non grata and lifts also the resolution suspending Patafa as member of the POC,” Tolentino said.

With the lifting of the POC sanctions, Tolentino said Juico and the Patafa will resume active status under the POC.