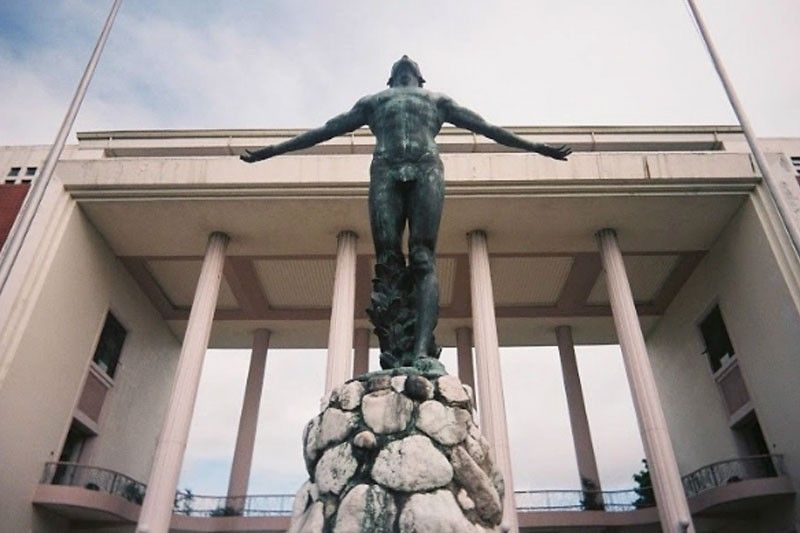 File photo of the Oblation statue at the University of the Philippines, Diliman. (Philstar.com / File photo)

MANILA, Philippines — The University of the Philippines’ Department of Political Science stressed on Saturday that the roster of its active and retired faculty members can be found on its website.

Based on the statements shared on its social media platforms, its official and active faculty members are regularly asked to speak in public fora or share their thoughts on matters of public interest.

“Institutional affiliation and accountability are critical for the faculty to effectively carry out the mandate of the University in instruction, research and extension service,” the department said.

Being affiliated with an institution is important “because it lends credence to the character and credibility of the faculty members,” it added.

On its website, one could see that retired Prof. Clarita Carlos, who was a panelist at the SMNI Presidential Debates in February, is not included in the UP Political Science department’s list of professor emeriti, active professors and lecturers.

Hours later, Carlos questioned why the department released such an announcement.

“Why this notice suddenly? Because ostensibly, as relayed by our chairman to me last week, the department took a ‘collective stand’ about the issue of my styling myself as ACTIVE when I am RETIRED!” she said on Facebook.

She said that ever since she was retired, she has always been referring to herself as a retired professor from UP. According to her, this is a form of “being cancelled” by her department.

“Hindi ako nagumpisa nito (I did not start this)…But, I cannot allow people to destroy my name which I have painstakingly built in 56 years thru sheer hard work and perseverance,” she added.

Carlos also said that she may invoke cyberlibel laws to protect her from ” irresponsible and malicious accusations.”

On Thursday, Carlos, without giving names, said on Facebook that “some cretins in her department now want to cancel her.” She said she has served as a political science professor for 56 years.

In the SMNI Presidential Debates, Carlos asked candidates, including Ferdinand “Bongbong” Marcos Jr., if they plan to make the Philippines a member of the Quad or the Quadrilateral Security Dialogue, which is made up of the United States, Australia, India and Japan.

Unverified reports which made rounds online earlier this month showed Carlos is being eyed by the presumptive president-elect as the new foreign affairs chief.

Marcos’ spokesperson Atty. Vic Rodriguez, however, debunked these lists last week, saying there is no truth to them other than their plans to install likely vice president Sara-Duterte Carpio as the education secretary and ex-Metropolitan Manila Development Authority Chairman Benhur Abalos to lead the Department of the Interior and Local Government. — Angelica Y. Yang