Alfred Kwong remembers the famous scene from the 1960 movie Spartacus. Kirk Douglas played the famous slave leader. A Roman general announced to a group of the defeated rebel slaves that unless they identify Spartacus, they will all be crucified. Before Spartacus could speak up, the youngest among them stood up to declare: ‘I am Spartacus.’

The others gathered courage to likewise declare, ‘I am Spartacus.’

It is perhaps the ultimate demonstration of solidarity and heroism.

On the final four days before the Philippine national and local elections, the country is on tenterhooks.

The two camps are in a statistical tie as of this writing. The tipping point is near.

The team to beat is the party of the late dictator Marcos’ son and his vice-presidential partner, the incumbent president’s daughter. Like Donald Trump, they had procured the mercenary services of the British political consulting firm Cambridge Analytica, whose dirty tricks include the improper use of Facebook and other social media to confuse the electorate. The consultants went further from reality and rebranded the dictator’s junior as the keeper of the golden years of Marcos’ martial law.

The reference to the golden years was incredible and selective. Only Marcos and his ilk had prosperity. Under Marcos, many Filipinos became poor, much more sank below the poverty line. Today under the administration of his partner’s father, over 26 million, or a quarter of the population are under the poverty level, according to Madeline Keck of the Global Citizen News.

There is one woman brightly shining amidst the darkness of the Marcos-Duterte families– Leni Robredo, who has a remarkable track record of good governance and public service. But she cannot do it alone. We need more Leni’s.

Photo taken by the author shows concerned dual citizens of the Philippines and Canada showing their support by their attendance.

Over 400 people from Vancouver and nearby cities converged in Richmond, BC to rally behind the Leni and Kiko tandem in their own version of a ‘miting de avance,’ marking the closing of the poll campaign. The other camp of the dictator’s junior also had their own with an attendance of under forty participants, as seen in the TFC News on TV Patrol video of May 4, 2022.

Like her, we pay taxes, we serve the public unconditionally, we reach out to our marginalized countrymen.

It does not matter what the election results are this May. We have become Leni. We are unstoppable.

To bear witness to this historic event this May in the Philippines is great. To foment real change is even greater. This is for those who were killed, debased, and made miserable with poverty, that was initiated in 1966 with the twenty-year regime of Marcos, unwittingly or otherwise made normal by the succeeding presidencies, and compounded by the vile Duterte administration of today.

We have this once-in-a-lifetime opportunity on May 9.

The explosion of pink art in every corner, the inspired songs of artists of every genre, the unprecedented trending numbers of Leni and Kiko in Facebook, Twitter, Instagram, and TicTok, the flood of donations from all over the world, and the radical expressions of love by strangers are so Leni.

Leni is marching on!

About the Author: Tom Firme is a semi-retired social worker in downtown Vancouver. He has been contributing opinion editorials and other articles to the Atin Ito News since early 2021.

About the Foreword Author:  Alfred Kwong is a retired accountant residing in Richmond, BC, Canada. He has never retired from writing.

2022-05-01
Doy Santos
Share
Previous Why Prince Harry is raising eyebrows again
Next The colour blue is elusive in nature. Here’s why

‘Red flag’ laws to prevent mass shootings could be on the U.S. political table. Do they work? 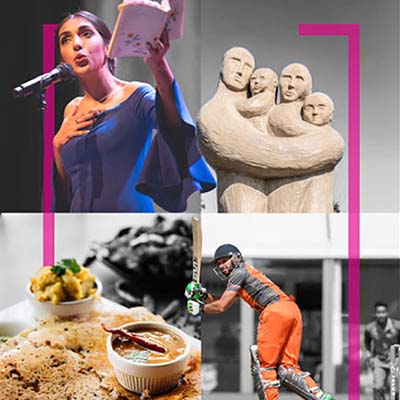 Despite public awareness campaigns and law enforcement training to deter marijuana-impaired driving, a third of …