Why you should not take back pain for granted 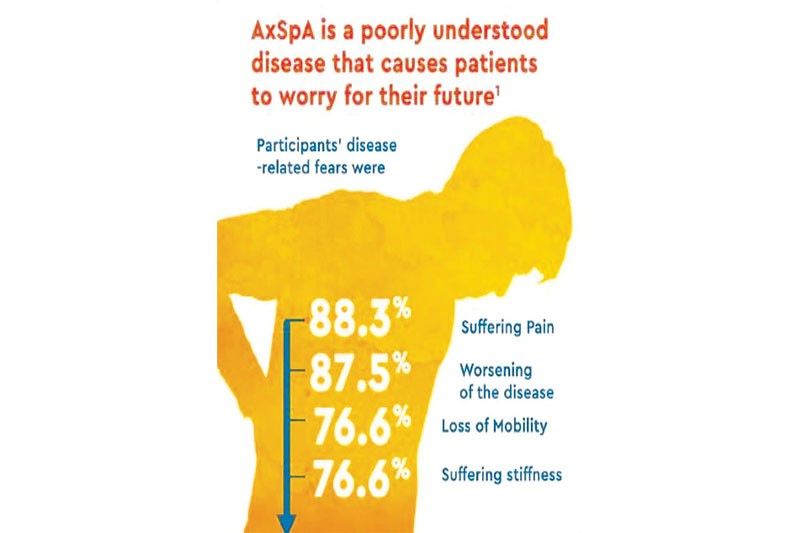 Recurring back pain plagued Michael “Kel” Arceo for most of his teenage life. There was a time when he couldn’t get out of bed because of severe back pain and stiffness in his legs and thighs.

Alarmed, Kel’s parents brought him to an internal medicine practitioner and he was diagnosed with juvenile arthritis, or rheumatoid arthritis.

“I was given a painkiller and it worked,” relates Kel. “So I thought I could go back to my old self and do the things a normal teenager would do, like playing basketball or going out with friends.”

But Kel’s conditioned worsened and so, his parents decided to bring him to a rheumatologist.

“I was diagnosed with axial spondyloarthritis (AxSpa) when I was 24 years old,” Kel shares. “It crushed my world. I was afraid that I would not only lose my job, but also friends because of my condition.”

AxSpa is a chronic inflammatory disease of the axial skeleton that causes back pain and stiffness, reduces mobility and impacts one’s quality of life.

The feeling was excruciating enough that Kel had difficulty walking, lifting things, or even getting up from bed.

“Several years after my diagnosis, the limitations in my movements are still there,” notes Kel.

Despite having a loving wife and a supportive family, Kel is aware that not everyone can understand what an AxSpa patient is going through. And this would usually cause a strain in his relationship with others, especially if some expectations in the duties and responsibilities aren’t met.

“People make fun of me,” he shares. “They don’t have any idea what’s happening to my body. So I just shrug that off, but deep inside I’m hurting.” 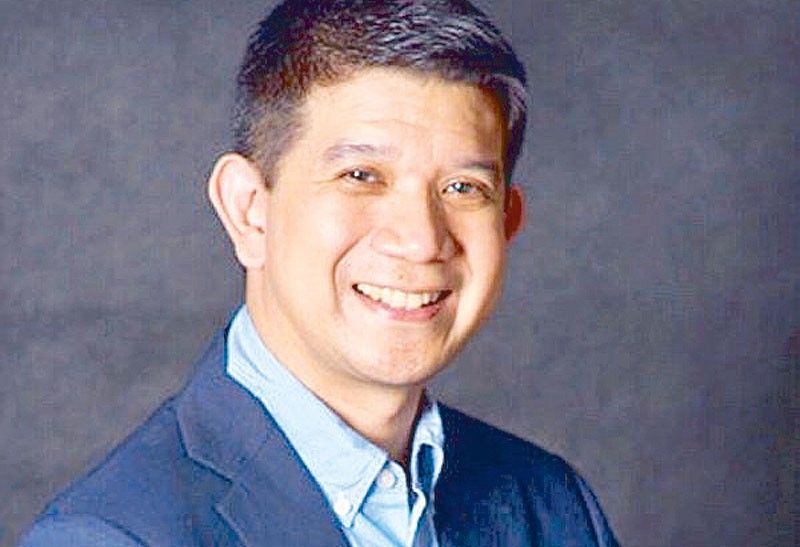 Don’t take back pain for granted

Back pain is probably the most common ailment we can all relate to. It’s so common, in fact, that many patients shrug off symptoms that might indicate a medical emergency.

And that’s the reason why we shouldn’t take back and hip pain for granted.

“Back pain is the most common symptom AxSpa patients like Kel and I have,” notes engineer Clark Ferrer, president of the Ankylosing Spondylitis Association of the Philippines (ASAPh).

AxSpa can hit you at any age, but often strikes men who are in their teens and 30s.

“And because of that, I didn’t want to have a son for fear that I might pass on the gene to him,” shares Clark. “But God had other plans. He blessed me with one, who’s one of the reasons why I keep on going despite the back attacks.”

And as with other chronic diseases, early detection of AxSpa is very important.

“Early diagnosis matters because we do have this window of opportunity to provide treatment that can slow down or prevent the progression of the disease,” explains Dr. Juan Lichauco, president of the Philippine Rheumatologists Association (PRA), at the recent virtual event in celebration of the “World Axial Spondyloarthritis Day” last May 7.

And to further raise awareness about the disease, medical experts in the Philippines have collaborated in conducting the Philippine Map of Axial Spondyloarthritis (IMAS), a survey of people diagnosed with AxSpa.

The survey is aimed at assessing the impact of AxSpa from the patient’s perspective.

A total of 128 Filipinos living with AxSpa participated in the survey from July to October 2021, with the preliminary survey report completed in March 2022. And the survey shows…

Survey revealed that delayed diagnosis is a heavy burden among Filipinos with AxSpa.

“On average, Filipinos with AxSpa are diagnosed 5.8 years after developing the disease,” notes Dr. Bernadette Heizel Reyes, professor, Division of Rheumatology, Department of Medicine, University of the Philippines-Philippine General Hospital.

“The shorter diagnostic delay observed in the PMAS study reflects the improved awareness and access to see a rheumatologist,” enthuses Dr. Lichauco. “However, we can still do better by educating and collaborating with primary care physicians and specialists to further shorten the time to diagnosis.”

In addition, the PMAS study, Dr. Lichauco adds, can enhance the patient-physician relationship.

“Since AxSpa is a multidimensional condition, the rheumatologist has the opportunity to discuss important concerns of a patient that are often not addressed in a clinic visit,” he stresses.

Many respondents had active disease, spinal stiffness, and inflammation in the lumbar and cervical spine and hips. Three in four (75 percent) complain of moderate to severe stiffness in the lumbar spine. Many reported having difficulty doing routine daily tasks and requiring assistance; physical activity, use of public transportation, and tying shoelaces were the most commonly affected daily activities.

A significant proportion of respondents reported issues related to mental health that affected their productivity.

In addition, the survey results showed a correlation between mental health and disease activity. Respondents also reported that AxSpa had a negative impact on their family relationships and social life.

“We hope that the preliminary survey results can help healthcare professionals, policymakers, and pharmaceutical companies better understand the impact of AxSpa from the patients’ perspective, and help improve the quality of care, access to treatment, and health outcomes of patients with AxSpa,” said ASAPh president Clark Ferrer.

“The Department of Health lauds the ASAPh and PRA for conducting the Philippine Map of Axial Spondyloarthritis. This groundbreaking and patient-focused survey is in line with the DOH agenda to improve health literacy, quality of care, and appreciation for primary care in the country,” Dr. Beverly Ho, concurrent director IV of the DOH Health Promotion Bureau and Disease Prevention and Control Bureau, says in a press statement.

“Novartis is working with our partners to help address diagnostic delays and shorten the patient journey by adopting a multidisciplinary approach to patient care, and providing patients with inflammatory back pain with tools and health information through the Clarrio app,” said Christine Fajardo, Patient Engagement head, Novartis Healthcare Philippines, Inc.

While there’s no cure for autoimmune diseases like AxSpa yet, your rheumatologist can help delay its progression through early detection and treatment. — OOH LA LAI – Lai S. Reyes

What happens after retirement?

You tip your hairdresser, but what about your mechanic? Expect to see more ‘tip creep’