Breaking News
Home / Lifestyle / With hope and pride, I hold memories of fun in the Philippines, even in the worst of times The author, Tourism Secretary Berna Romulo Puyat, at the WTTC Global Summit gala dinner at the PICC. A staunch promoter of Philippine attire, she wore a terno by Ivar Aseron.

MANILA, Philippines — There’s a little over a month left until the DOT’s transition team welcomes the new Secretary and I’ll finally get to travel the country as a real tourist. This also means I can now follow BTS wherever they go.

Kidding aside, I do have a lot of feelings as I end my term as Tourism Secretary, mostly a combination of sweet relief and soaring pride in all that the DOT has overcome and achieved in the agency’s most challenging few years ever.

The worst of the pandemic is behind us, and in fact our tourism industry is recovering at a promising pace. As of May 17, 2022, the Philippines welcomed over 463,947 foreign tourists, a number that exceeded the DOT’s expectations, especially as neighboring countries continue to struggle with the reopening of their borders for leisure travel.

The main reason why “revenge travelers” are choosing the Philippines is because Ówe have one of the simplest entry processes in Southeast Asia. And yet, as of this writing, the Philippines continues to report one of the lowest daily COVID case numbers in Asia.

Sometimes even I can’t believe it, especially after we spent two years in deep uncertainty, many months of which were spent under some of the strictest lockdown conditions. I will never forget those first few months of the outbreak. As we ushered in 2020, the DOT was looking forward to another record-breaking year after we received 8.26 million foreign visitors in 2019, the highest the country has ever had. “It’s More Fun in the Philippines,” the tourism campaign launched back in 2012, proved to be very effective. 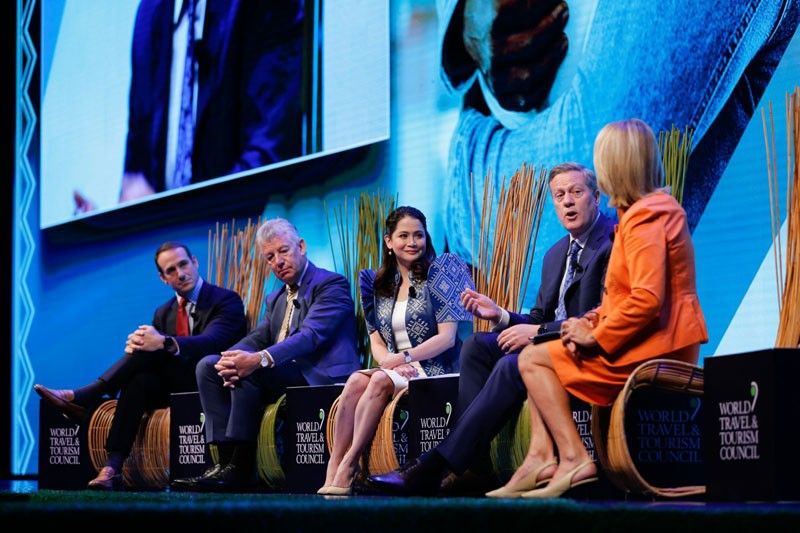 But the new decade also demanded new ways of doing things, and we committed to making our brand of fun more sustainable, after the lessons learned from closing Boracay for six months in order to rehabilitate it.

Following that, we launched a campaign called “Save Our Spots,” which encouraged travelers to travel responsibly, instilling in them the powerful idea that small acts, when done collectively, can lead to positive changes.

From over eight million arrivals in 2019, that number dropped to 1.48 million by the end of 2020, with virtually no visitors from the time global travel was banned. The DOT pushed for assistance programs to help keep our most vulnerable tourism workers afloat during the toughest times.

When travel restrictions were eased, we pushed for domestic tourism, knowing that local travelers could play a big part in supporting the tourism industry. Destinations were gradually opened after an exhaustive process of consulting with local stakeholders, accrediting establishments that adhered to health and safety standards, and up-training tourism workers — in short, preparing everyone for the resumption of business in the new normal.

We’re not just settling with the new normal, though; we’re striving for a better normal. We are doing this by working with MSMEs to enhance their competitiveness, increasing the participation of women and marginalized sectors in tourism development, strengthening the capacities of destinations for conservation and climate-smart investments, and guiding LGUs with their crisis management plans.

Even at the height of the pandemic, we never stopped promoting the country. A digital and social media campaign called “Wake Up in the Philippines” was launched during this time to maintain our presence in the global market. “It’s More Fun with You” — the Department’s marketing campaign since the country’s reopening — features the new attractions and activities that we have developed to cater to the changing preferences of travelers in the new normal. Our foreign offices have tirelessly promoted the Philippines in their respective regions, sending the message that our destinations are more fun with our tourists.

At the WTTC Global Summit, which Manila hosted last April, everything we were working towards came together beautifully for tourism delegates and industry leaders from all over the world to see. It was our moment to flex — not just for our ability to deliver safe and seamless travel experiences, but for our culture and our heritage, our cuisine and our talents, which reached a new and appreciative audience after so long.

The issue of sustainable tourism ran through every topic and panel discussion at the Summit, and our efforts were in alignment with the global demand for more responsibility. The Philippines’ own eco-activists, Billie and Ann Dumaliang of Masungi Georeserve, capped off the conference with a presentation on the role of regenerative tourism in biodiversity conservation, one whose mantra is “Leave It Better.”

We’re handing over a tourism industry that’s healing, but still scarred. We’re turning over our best-laid plans for rebuilding a sustainable, inclusive and resilient industry in the form of the National Tourism Development Plan 2022-2028, and our pandemic roadmap to recovery found in the reformulated Tourism Response and Recovery Plan. These two documents should guide the next DOT Secretary and their team as they steer the course to full recovery over the next six years.

The next administration will also inherit a DOT that has been operating with utmost accountability and transparency, having received an unqualified opinion from the Commission on Audit for two years in a row. Cleaning up the department internally was the first project I embarked on upon being appointed in May 2018, and four years later, I still believe it is one of the most important things we achieved as a department. 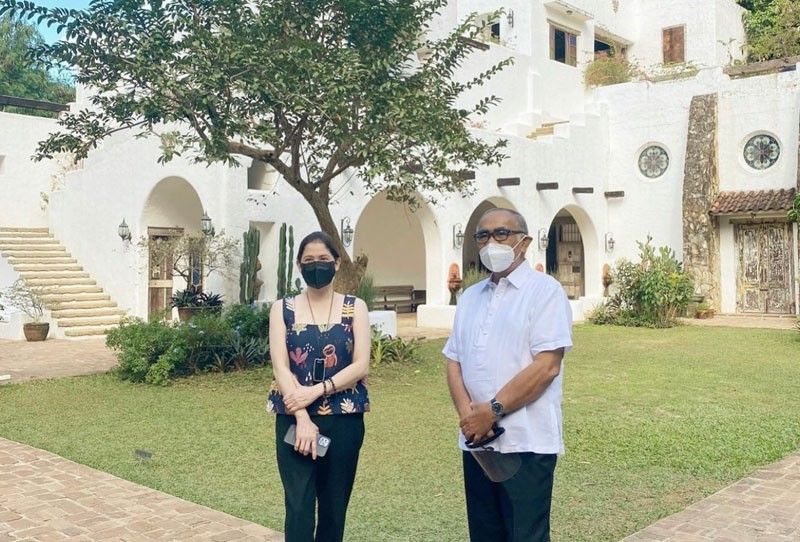 With Dr. Joven Cuanang, owner of Pinto Museum in Rizal.

And so, I leave with hope. I saw firsthand how the spirit of bayanihan carried the Filipino people through the worst of times. I leave the DOT a better and fully transparent office, but I’m also leaving the DOT as a better person — one that’s learned invaluable lessons, encountered incredible people, and experienced the true beauty of the Philippines. Thank you for the honor. — Berna Romulo Puyat

A look at the newly restored facade of La Loma Chapel

At the Pinto Museum: 75 years of a special ‘amity’

The importance of healthy morning habits in the Young-Daez household

The proof is in the pudding as the adage goes. In the case of Arthur …