Clearing confusion over the use of e-bikes 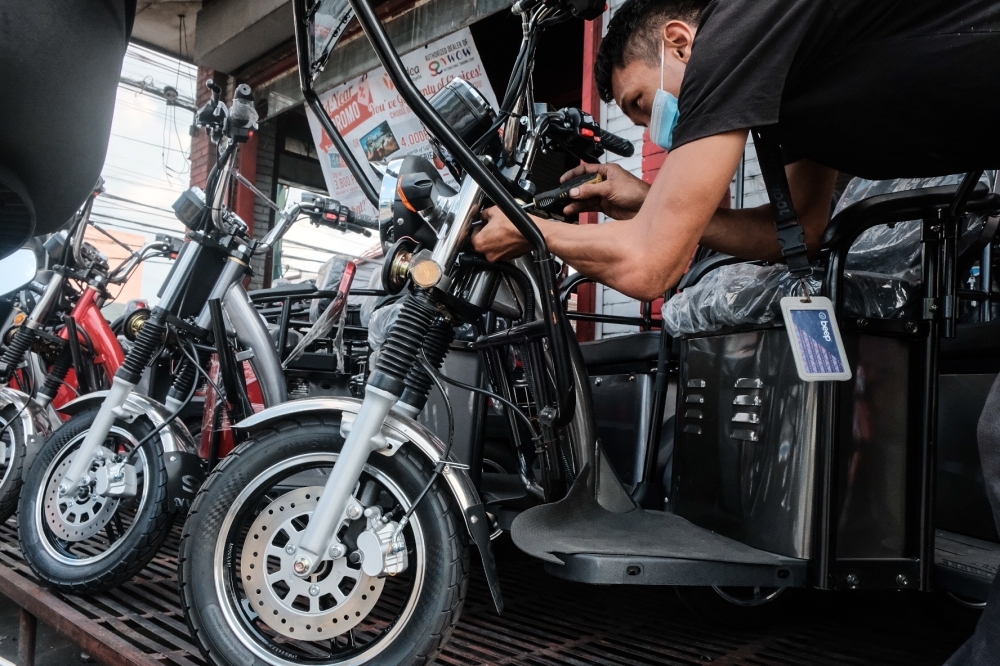 Electric bikes store in Raxabagu, corner Juan Luna st in Tondo Manila, said the sales of E-bikes are increasing due to the continuous increase in fuel prices this Tuesday, June 14, 2022. It is said that it is less than three or four E-Bikes sells every day, rather than using a gasoline -powered vehicle.PHOTO BY JOHN RYAN BALDEMOR

THE Metropolitan Manila Development Authority (MMDA) has announced it will be tightening the rules on the use of electric bikes and scooters.

It will be doing so because the number of accidents involving electric two-wheelers is rising.

Victor Nuñez, from the MMDA’s traffic discipline office for enforcement, said the agency had been lenient in enforcing regulations on the use of e-bikes because public transport was scarce at the height of the Covid epidemic.

During that time, many employees commuting to work found it more practical to ride a manual bicycle or an e-bike than lining up for hours for a bus or jeepney ride.

Just when more public rides became available as Covid restrictions were lifted, the fallout from the Russia-Ukraine war reached the country, sending fuel prices through the roof. Jeepney drivers, despondent over the ever-shrinking income they are taking home, are thinking about quitting driving altogether and looking for another line of work.

With fewer jeepneys and other public transit, more commuters are expected to switch to alternative modes of transport like e-bikes.

Nuñez also says e-bikes and e-scooters are growing in popularity among the youth. With in-person classes resuming soon, he anticipates e-bike numbers to increase dramatically.

And so will e-bike related accidents, Nuñez said. Last year, the MMDA reported 346 road accidents involving e-vehicles in Metro Manila. From January to May this year, there were 82 accidents.

Critics promptly railed at the MMDA’s move, saying that government must encourage, not curtail, the shift to electrically powered “people movers” as a solution to choking traffic, worsening air pollution and skyrocketing fuel prices.

One thing is certain: e-bikes are here to stay. Globally, the electric bikes and scooters market is expected to grow from $20.71 billion in 2021 to $23.38 billion this year.

China alone has 300 million e-bikes plying its roads. And Beijing is constantly adjusting its regulatory policies to keep up with the surge. It has come up with new standards governing the e-bikes’ weight, maximum speed and voltage. Bikes that don’t make the grade cannot be registered.

The market potential in the Philippines for e-bikes is equally attractive. A study by ResearchAndMarkets.com covering the period 2017 to 2022 found that e-bikes and e-trikes became a critical coping mechanism for economically struggling Filipinos during the first 18 months of the pandemic.

“The lockdowns, social distancing that reduces the capacity and predictability of public transportation, and the high cost of taxis and alternative means of transportation have made manual and electric bicycles and trikes extremely attractive,” the study noted.

But even before the pandemic, local e-bike assemblers and distributors had been griping about the confusing government guidelines on the classification of electric two-wheelers. It was not clear, for example, if e-bikes needed to be registered with the Land Transportation Office, or if e-bikers needed to get a driving license.

In 2021, the LTO released a directive that laid down the specific rules governing e-bikes. Basically, it decreed that electric bikes and scooters with a maximum speed of 25 kilometers per hour do not require registration. Their riders are not required to obtain a driver’s license.

But the directive also limits such e-bikes to barangay roads and bicycle lanes.

E-bikes with a maximum speed of 50 kph must be registered with LTO, and their users must have a driver’s license.

All e-bikes and e-scooters can pass national roads only when crossing to another barangay road.

Nuñez made it clear that the MMDA does not want to ban e-bikes and e-scooters. “We only ask for proper discipline and being cautious really on the use of e-vehicles and to know their road limitations,” he said.

The MMDA would be wise to launch an extensive information campaign before fully enforcing the e-bike rules. It must emphasize that road safety and discipline are paramount, no matter what vehicle is being driven.

2022-06-17
AtinitoAdmin
Share
Previous I wrote a memoir about my family’s secrets. Then I had to move back in with them
Next ‘We ain’t done’: Golden State

PH creative industries get a much needed boost

Improved Agri-Agra Law a win for the economy

PNP: Vanguards of peace and frontliners of law and order

Campaign against illicit drugs should be holistic

Singapore is a country close to the hearts and minds of Filipinos. Filipinos love to …