San Juan owner and Senator-elect Jinggoy Estrada mediated a meeting between the two camps that led to the closure of the incident which went viral on the social media and generated uproar amongst fans who called out Garcia’s unsportsmanlike behavior.

It can also be recalled that Casajeros even wanted the Games and Amusement Board to intervene in the incident and hand a ban to the Knights assistant coach.

After the meeting, the two seemed to have buried the hatchet as they posed for a photo shaking hands in front of Estrada.

However, that wouldn’t prevent Garcia from escaping the heavy axe from the league which upgraded his suspension to three months for “tarnishing the image of the league and possibly endangering the health of the aggrieved party.”

Initially, Garcia was only meted with a three-game ban and P60,000 fine while San Juan suspended the coach for a month without pay and incentives.

“MPBL condemns any and all unsportsmanlike conduct, especially deliberate acts of violence. There’s no place for such act in this league and a similar offense would be dealt with even more severely” said MPBL Commissioner Kenneth Duremdes. 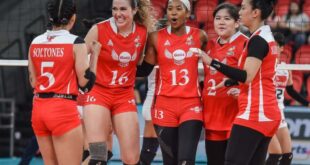 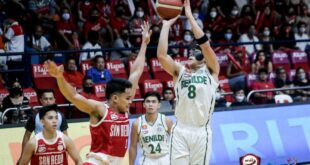