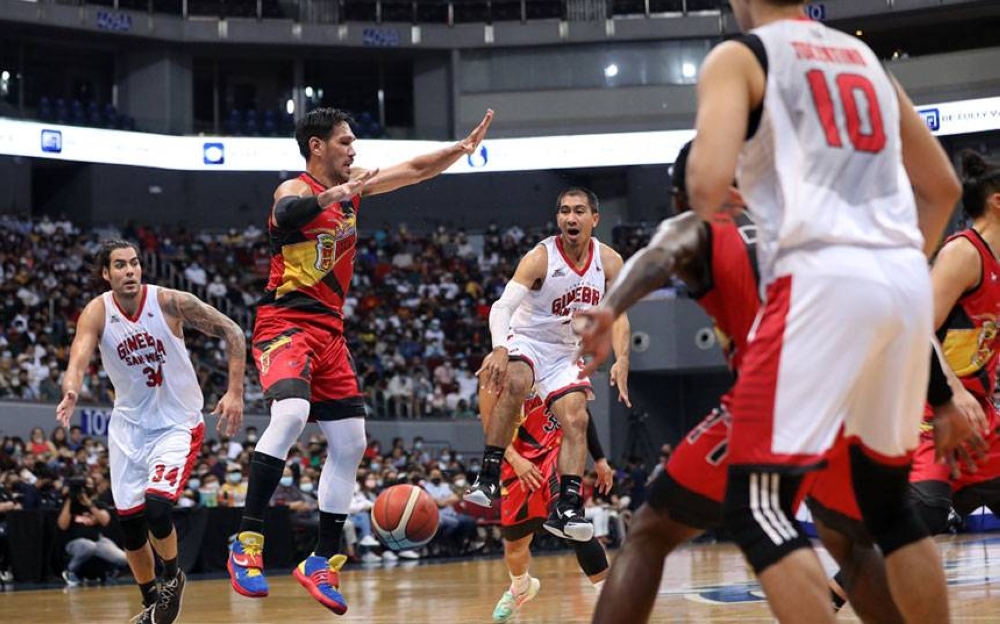 TOUGH GAMES AHEAD For the next four games, Barangay Ginebra will be playing in the PBA Philippine Cup minus its head coach Tim Cone. The league’s winningest coach was invited to serve as assistant coach to the NBA Summer League team of the Miami Heat. PBA IMAGE

Cone left Tuesday night to join the Miami Heat as an assistant coach for the NBA Summer League. He left the coaching chores to his chief deputy, Richard del Rosario.

“I'm ready and excited. First time for me to hold a team, except when he (Cone) gets ejected or when he gets irritated and leaves the squad right away, so I do the post-game huddle,” del Rosario told The Manila Times.

Barangay Ginebra will be steered by del Rosario for its next four games starting today when the reigning Governors' Cup champion takes on upstart Converge in the main game of the PBA Philippine Cup at the Smart Araneta Coliseum.

Since losing to the Magnolia Timplados Hotshots in their first Manila Clasico encounter of the new season, the Gin Kings had won back-to-back games which put them in solo second spot. A win against the FiberXers today will allow the PBA's most popular squad a chance to join San Miguel, which they beat last week, on top of the team standings with a 5-1 win-loss record.

They'll be facing a FiberXers team that was beaten black and blue by the Beermen, 111-92, last Sunday.

Promising newcomer Justin Araña tweaked his right ankle twice and left the game with more than seven minutes remaining while the FiberXers were trying to overcome a huge San Miguel lead.

Earlier, his fellow rookie, Kurt Lojera, received a boxer's lump below his left eye after getting accidentally hit by Mo Tautuaa who was driving to the basket. Lojera left the game before the halftime break and was forced to see an ophthalmologist the next day upon the advice of team doctor Facundo Sun.

Lojera will not be able to see action today as per doctor's advice, Converge physical therapist Gus Vargas said.

The FiberXers also missed another rookie, 6-foot-7 center/forward Jeo Ambohot, who wasn't able to play due to health and safety protocols.

Araña, meanwhile, is determined to play today while Ambohot will be a game time decision.

TNT, the hottest team in the tournament, battles tailender Terrafirma in the first game at 3 p.m.

The Tropang Giga had won four in a row and had improved their win-loss record to 6-2.

The Dyip, on the other hand, are still searching for their first victory of the season. They have been riddled by injuries as key players Isaac Go and Ed Daquioag will miss today's game.