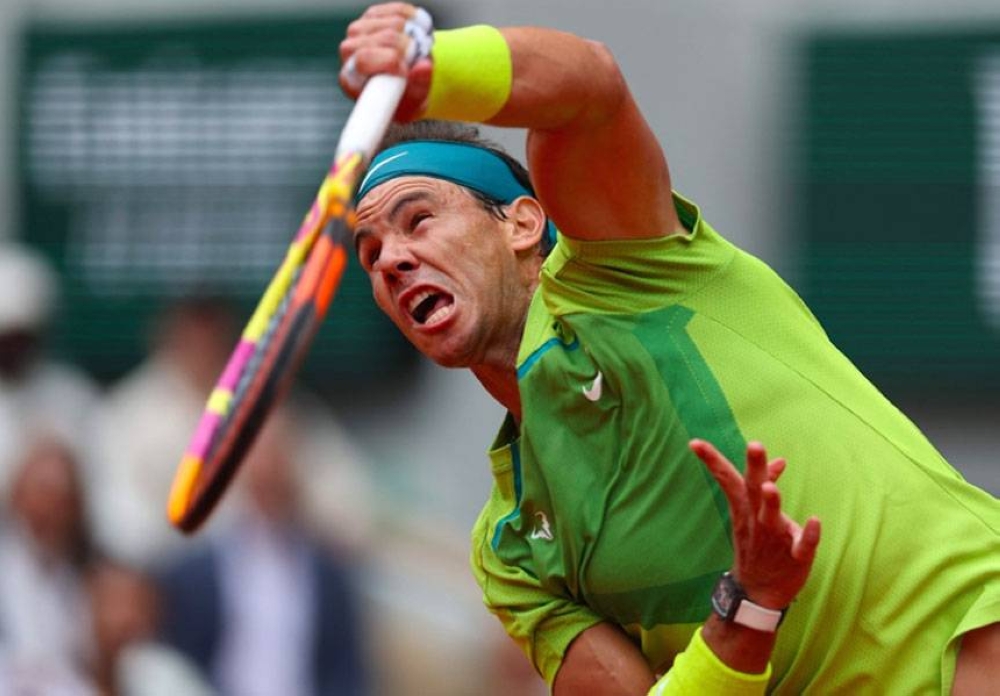 PARIS: Rafael Nadal won a 14th French Open and record-extending 22nd Grand Slam title on Sunday (Monday in Manila) to become the oldest male champion at Roland Garros and then revealed he will undergo more treatment to cure a potentially career-ending foot injury.

Nadal won the last 11 games of the final and is now two Slams ahead of old rivals Novak Djokovic and Roger Federer with Sunday’s victory coming against all the odds.

Nadal, the oldest winner in Paris since a 34-year-old Andre Gimeno in 1972, had not been certain of taking part after a chronic left foot injury, which has plagued him throughout his career, flared up again.

He also needed the best part of a gruelling 12 hours to see off Felix Auger-Aliassime, Djokovic and Alexander Zverev in the previous three rounds.

“It’s obvious that with the circumstances that I am playing, I can’t and I don’t want to keep going. I’m going to keep working to try to find a solution and an improvement for what’s happening in the foot,” said Nadal.

He revealed he needed pain-killing injections in his left foot before every match in Paris and will undergo treatment again this week back in Spain.

“If it works, I keep going. If not, it will be another story and I will ask myself if I am ready to do a major surgery which may not guarantee I will be competitive and may take a long time to be back.”

Nadal said that taking anesthetic injections in the nerves in his foot was the only way he could have got through the tournament.

Now he and his medical team will employ a technique which will burn the nerve using what he described as “radio frequency injections” to “sleep the two nerves.”

If it works, he said he intends to play Wimbledon where he is a two-time champion and which gets underway in three weeks’ time.

Nadal’s two-hour 18-minute romp on Sunday took his record at the tournament to 112 wins against just three losses and also put him halfway to a calendar men’s Grand Slam last achieved by Rod Laver in 1969.

“The most important thing is to congratulate Rafa,” said Ruud.