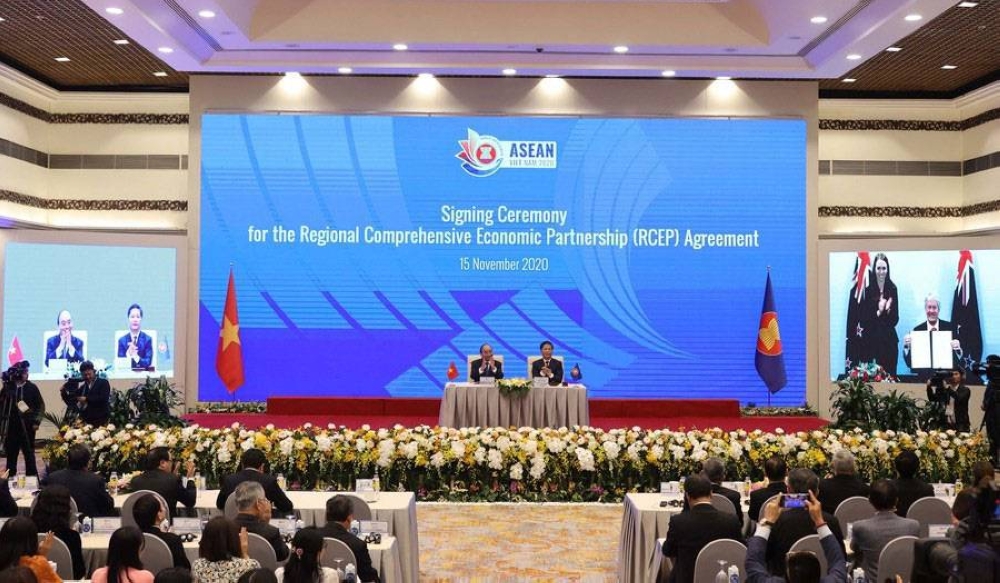 WHEN the Senate brought down the curtain on the 18th Congress last week, the senators were not remiss in congratulating themselves and their colleagues for their legislative accomplishments during the term. While there certainly were a number of important measures passed, one of the most important ones was not only overlooked, it was purposely deferred.

That measure is the ratification of the Regional Comprehensive Economic Partnership (RCEP), which went into effect on January 1. The Senate must make this its first order of business when the 19th Congress convenes next month.

The RCEP is a free trade agreement (FTA) between the 10 member states of the Association of Southeast Asian Nations and the Asean's six major FTA partners: Australia, China, India, Japan, New Zealand and South Korea. The main purpose of the RCEP is to harmonize the number of existing bilateral FTAs among the signatory nations; when fully in force, the RCEP will cover 2.3 billion people, or about 30 percent of the world's population, contribute $25.8 trillion to global gross domestic product (GDP), account for over a quarter of global trade in goods and services, as well as 31 percent of global foreign direct investment (FDI) inflows, according to data from the World Bank.

In terms of its potential impact on the Philippines, the RCEP could increase national GDP by as much as 2 percent. The agreement expands opportunities to attract new foreign investment, as well expanding access to overseas markets for Philippine goods and services, particularly for medium and small enterprises (MSMEs).

The Philippines has signed the broad trade and economic cooperation pact, but without Senate ratification, is not yet formally a part of it, and will not be until late this year at the earliest. Even under the best of circumstances it would be foolhardy for the Philippines not to be a part of the RCEP; with the economic strain caused by the coronavirus pandemic and other global factors, it is absolutely critical that it is.

President-elect Ferdinand Marcos Jr. has expressed misgivings about the RCEP, suggesting that the government might need “to take another look at it.” With all due respect to the incoming president, that is precisely what the Senate is supposed to be doing, and furthermore, the Senate's work is merely an additional review to the work already done by the Philippine government — including some people who will be a part of the incoming administration — in the negotiations leading up to the Philippines' signing on to the agreement.

President-elect Marcos' uncertainty is understandable, however, as he has been “out of the loop” in a manner of speaking for the past six years. The Senate's reluctance to ratify the RCEP, on the other hand, is frankly alarming, and raises questions as to whether the senior chamber of the legislature actually has the best interest of the country in mind.

Without participation in the RCEP, the Philippines will almost certainly fall behind many of its regional peers in trade and investment. Several of the measures the Senate complimented itself for accomplishing in the last Congress will be undermined by rejection of the RCEP, and have far less positive impact on the country's economic recovery than anticipated.

Other “priority” measures the Senate is handing off to the next Congress will similarly have their potential benefits constrained. These include the proposed amendments to the Public Services Act and the amended Retail Trade Act, both of which are primarily intended to attract more foreign investment in key economic sectors. Without the RCEP, the Public Services Act and Retail Trade Act lose much of their relevance, as investors will be more likely look elsewhere among the countries that have already ratified the trade pact (Australia, Brunei, Cambodia, China, Japan, Laos, New Zealand, Singapore, Thailand, Vietnam and South Korea), given the advantages the RCEP provides.

Much has been said about the need to address the unfavorable economic environment of high inflation and constraints on the government's fiscal space to carry out its intended programs. The Senate should focus its efforts on solutions that have the broadest positive impact and can be implemented quickly. The only one that fits that definition as of now is the ratification of the RCEP.

Consensus emerges in Congress for postponement of barangay and SK polls