Some modest proposals for culture and the arts 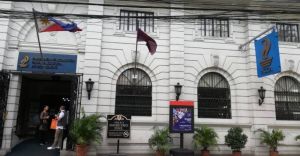 EARLIER, we put forth one suggestion to operationalize whatever grand plans there are to boost the country’s arts and culture.

To recall, we proposed a program similar to South Korea, where the culture and creative industries are subsidized by the state. Why did Korean music, television and film experience such exponential growth? The huge Korean talents are subsidized by their government, which rightly saw culture as the soul of the nation — and a profit center for the nation.

The multiplier effects of the Korean invasion in telenovelas, music and film are legion. Korean restaurants popped up across Asia, the demand for Korean products zoomed, and sales of Korean beauty products and clothes have done very well. Thus, the government subsidies in the making of well-written, gorgeously photographed, and finely acted Korean films and telenovelas have had a great return on investment in terms of subsidiary sales of Korean products globally.

Aside from the Korean example, we could also look at the archives of our own National Commission for Culture and the Arts (NCCA) and the Cultural Center of the Philippines (CCP).

The NCCA holds annual literary contests in various literary genres. It also gives grants to works from conception to execution. One of the rules is that the NCCA can publish, without additional payment of royalties, the prize-winning works. There is a whole room of unpublished and well-written manuscripts in the NCCA. We are aware of the high cost of paper and printing. Why not go digital then? The NCCA can turn these manuscripts into e-books and give them away for free in the public domain. In this way, public libraries, public-school pupils, college students who are working their way to school and underpaid teachers can have access to a treasure trove of the country’s best writings.

Moreover, the NCCA has also published some of these prize-winning works. We suggest that they look at their warehouses, retrieve these books and give them away to public libraries as well as state colleges and universities. We have had a National Book Development Act since 1994, one of whose provisions is the creation of public libraries in all the towns and cities of the country. Since libraries seem to be a low public-mileage project as compared to waiting sheds and basketball courts, not many politicians are willing to invest public funds to bring books, magazines, newspapers and audio-visual recordings to their voters.

The same goes for the CCP, which celebrates its 56th year. It has a whole warehouse of books from the CCP Literary Awards, which ran from 1986 to 1989, as well as its Ani literary journal, which has been publishing since 1986. Extant copies of these books should be brought out of the warehouses and sent off to the public schools and state colleges and universities. Then, digitize them, and upload them to the wide and borderless world of cyberspace. Digitizing books and journals is not an expensive endeavor as shown by our publishers, who can sell a digitized book for less than half the cost of a printed book.

The audio-visual recordings of plays, musicals and concerts can also be digitized and uploaded for everyone to use. We remember the monumental musicals of “Noli Me Tangere” and “El Filibusterismo.” Based on Jose Rizal’s novels, the librettos were written by National Artist Bienvenido Lumbera, the music by National Artist Ryan Cayabyab and the direction helmed by Nonon Padilla. The CCP has recordings of these — as well as the plays by the excellent director Rolando S. Tinio, another National Artist for Literature and Theater.

Why not digitize them and give copies to PTV 4 in order that they can show them, following the high-school calendar when the Rizal novels were being discussed in class; or upload them online? The same goes for the musical on “Ibong Adarna” and “Florante at Laura,” which are also required reading in all high schools.

Professor Tinio said one problem with the Philippines is not poverty of resource1s, but poverty of the imagination. Our proposals are modest, but they are affordable — and doable now.

When was the last time you read a book? Do you click a title that …