Breaking News
Home / Editorial / The importance of culture and the arts

The importance of culture and the arts 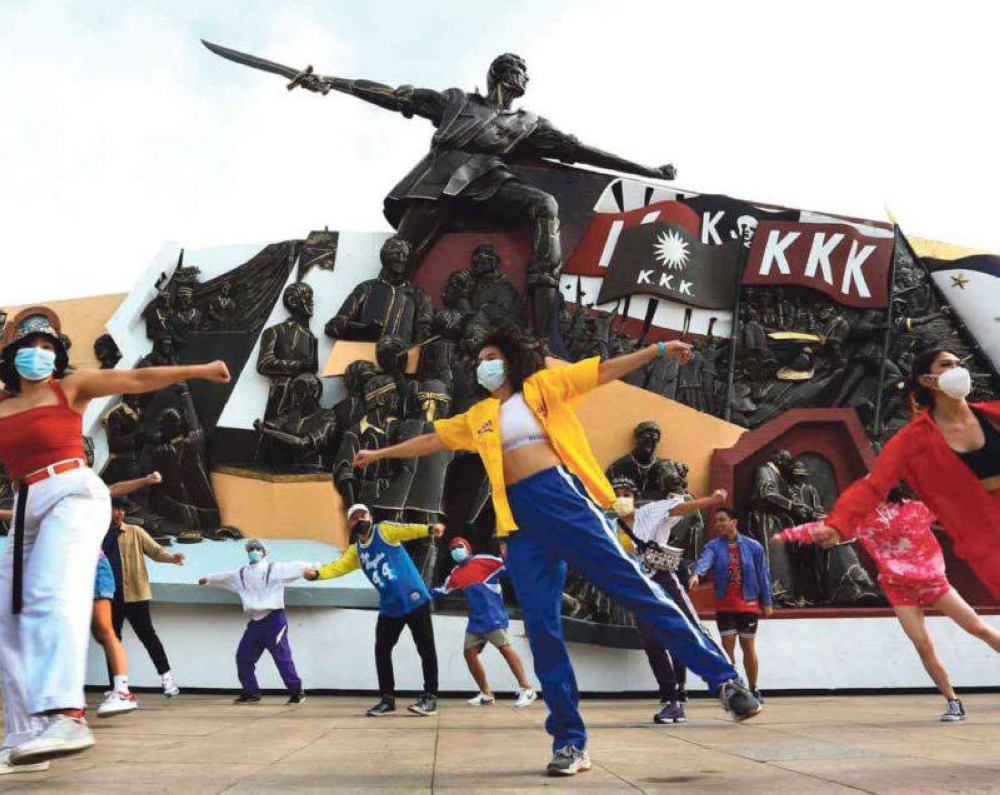 The Kartilya ng Katipunan in Manila. PHOTO BY MIKE ALQUINTO

HOW did we survive more than two years of the Covid-19 pandemic? We worked and studied online even if we were cooped up in the house. After working or studying, we remained glued to the computer screens and watched films and documentaries, or listened to songs. Netflix, YouTube, Discover and the other platforms became as important to us as Zoom, Canvas or Microsoft Teams.

Simply put, we could not have survived the stress and storm of Covid-19 without a healthy dose of culture and the arts. We felt empathy for the characters on screen, the lines of songs transported us to the past, and the documentaries — especially the vivid ones on climate change and the earth — showed us the possibilities of the future.

Thus, the pandemic showed us that far from the stereotype of culture as something far from our daily experience, it is part and parcel of our everyday lives. It is in this light that we see the importance of the principles espoused by a group of artists called the Katipunan sa Kultura at Kasaysayan, or KKK. They hark back to the principles of the 1896 Revolution as bedrock for the growth of culture and the arts.

Their kartilya or founding principles are based on the following:

– Promote a national and nationalist culture and history, based on the spirit of the 1896 Revolution

– Preserve and promote a liberative, creative and innovative culture

– Defend the universal and impartial application of human rights, especially the freedom of expression and assembly, and the absolute right to criticize and investigate wrongdoing by government leaders and by political and business institutions

– Oppose the culture of violence, the politics of deceit and opportunism, and laws and policies encouraging such culture and politics

– Serve the health and welfare of cultural workers

Led by National Artist for Literature Virgilio Almario, KKK advocates for a government that understands and appreciates our culture and history, and is committed to cultural development.

He said: “It is time for all Filipinos to unite and stand for a truly free, just, independent and safe society. It is time for artists, scholars and cultural workers to take the lead in this endeavor, toward exposing obstacles to national progress, explaining the value of giving importance to our national culture and promoting the understanding of a nationalist history that will foster love of country and the right values in the hearts and minds of our people.”

They also hope “to harness the creative talents, knowledge and skills of Filipinos to lead activities and conversations that will confront ignorance, poverty and other problems our country faces.”

Very well then. How to operationalize these plans? We propose a program similar to South Korea’s where the culture and creative industries are subsidized. Why did Korean music, television and film experience exponential growth? The huge South Korean talents were subsidized by their government, which rightly saw culture as the soul of the nation — and a profit center for the nation.

This is just one of several modes by which culture can deepen one’s love of country — and bring cash to the national coffers as well.

Digitalization as a tool to empower our OFWs

Over the years, the Brigada Eskwela is a tradition that kicks off a new academic …