Share
BUDGET Secretary Amenah Pangandaman said her office has not figured out how much the government will save as a result of its “rightsizing” plan.

“None yet. The 5 percent I mentioned is just an example or scenario,” she told The Manila Times. 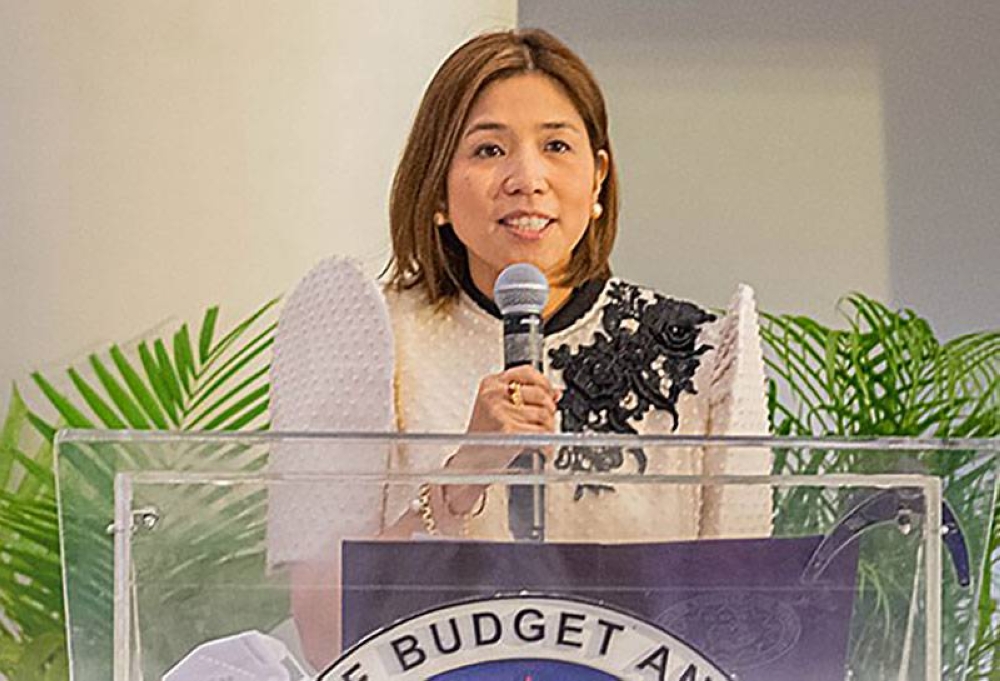 Pangandaman has said the plan for a more compact and effective bureaucracy is being refined for presentation to Congress before President Ferdinand “Bongbong” Marcos Jr. makes his State of the Nation Address.

“Its overarching objective is to have a small bureaucracy that is agile and responsive in the modern era. This program will fix those agencies that have repetitive functions or overlapping functions,” Pangandaman said.

The plan will determine which of the 187 government agencies — including firms that are owned and managed by the government and employ more than 2 million people — will be merged, revamped, or abolished.

The budget chief said the savings from rightsizing can be used to support more significant initiatives like the development of urgently needed infrastructure, social services, health-related programs and agriculture. She has estimated that “if 5 percent is affected by the program, the equivalent is P14.8 billion per year that we will save on our personnel services.” Pangandaman also cannot say which government agencies will be affected. Two members of the House of Representatives on Thursday gave differing responses to the rightsizing proposal.

Cagayan de Oro Second District Rep. Rufus Rodriguez backed the plan. “This effort deserves the support of Congress. In fact, the legislature should match it with a similar undertaking,” Rodriguez said.

He believed several redundant councils, offices, task forces and other executive and legislative formations might be combined or abolished without compromising the operations of the other agencies.

“Just look at the annual budget and one will find that there are councils and offices in many departments that overlap or duplicate the functions of the bureaus or agencies under these departments,” Rodriguez said.

He urged Congress to hold off on making decisions on plans to set up new agencies until the executive branch had established the “appropriate size” of the bureaucracy and its streamlining program had been passed into law.

“We should reduce or deny appropriations to offices the executive branch wants to phase out or merge,” Rodriguez said.

“It’s not that we don’t have enough funds. If we save people’s money from automatic debt payments and corruption, ensure efficient tax collection and recover the ill-gotten wealth of past administrations, we will have enough funds,” Manuel said.

“We don’t have too many employees. In fact, thousands of vacant positions in government are yet to be filled. There are contractual government employees who have been working for, say, 10 years and are hoping to be regularized very soon,” Manuel added.

The Manila Times sought a comment from the Civil Service Commission, but the agency has not responded.

Sen. Christopher Lawrence “Bong” Go on Thursday appealed to the Executive department to consider the welfare of millions of government employees who will be affected by the streamlining plan.

“I support the government’s plan to streamline the bureaucracy in order to have faster, better and reliable service for the people. However, we should also consider the welfare of the state workers who will be transferred, replaced or retrenched,” said Go.

Rightsizing should be a careful balance between eliminating redundancies and inefficiencies in the bureaucracy in order to provide public service that can help improve the lives of Filipinos, while at the same time, protecting the welfare of public sector workers, he said.

“We must make sure that government workers who will be affected are given proper compensation, due process in accordance with civil service rules and other regulations, and when deemed necessary, alternative employment opportunities to start anew, especially amid these trying times,” the senator said.

Go said he has filed bills in the 19th Congress in support of the new administration’s goal of fixing the bureaucracy.

“One of these proposed measures is the E-Governance Bill which seeks to reduce red tape by using the technology. Also included here is the continuing fight against corruption, the primary cause of wasted public resource1s,” he said.

Government employees are concerned over the proposal to streamline the bureaucracy, saying it contradicts the President’s campaign promise to fill up the 180,000 vacant plantilla positions in the government.

Leaders of the Confederation for Unity, Recognition and Advancement of Government Employees (Courage) and its affiliate group Kawani ng Gobyerno Laban sa Kontraktwalisasyon expressed their concern during an online press conference on Thursday.

Santiago Dasmariñas Jr., Courage president, said the streamlining of the bureaucracy has always been the first act of a new president since the time of president Elpidio Quirino.

Government employees, particularly contractuals, casuals and job order workers, were always the victims simply because they have no security of tenure, Dasmariñas said.

“Government employees are always made the sacrificial lambs in every reorganization under the new administration, and we are protecting against such actions of previous and present governments,” he said.

What the budget department is actually planning is not streamlining but a “mass layoff” of government workers.

He said what the government should do is fill up the vacant positions instead, run after tax evaders, correct the misallocation of funds and clamp down on corruption.

Mannny Baclagon, Courage secretary general, said the actual reason for the streamlining plan was to hide the huge debt left by the past administration.

The Department of Education (DepEd) went ahead with the bidding for P2.4 billion worth of …