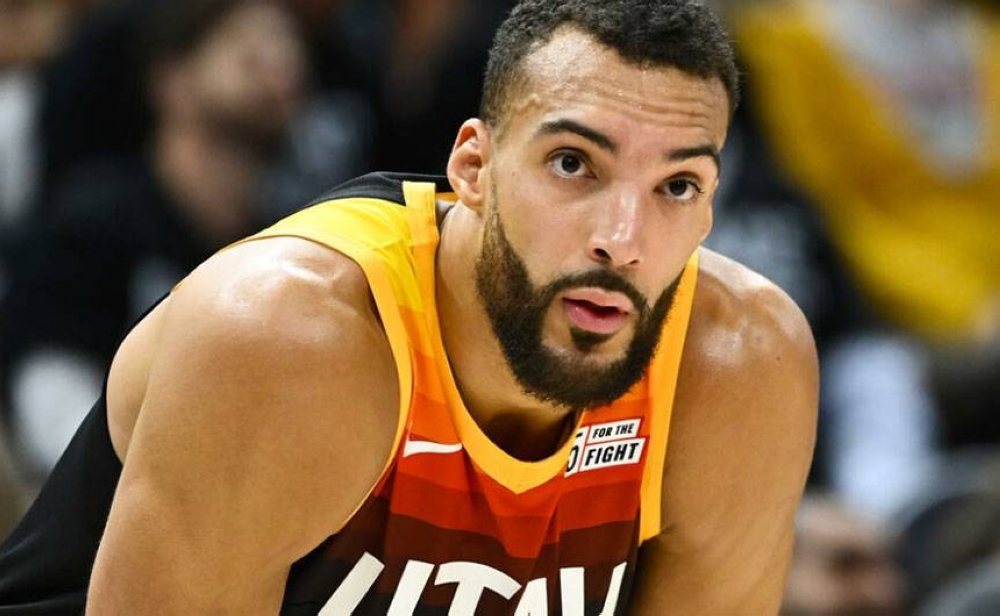 “The goal is to win a championship, that's what I came here to do,” the 30-year-old French center said at an introductory press conference days after reports of his trade from the Utah Jazz shook up the NBA off season.

The Timberwolves confirmed they had acquired Gobert “in exchange for guards Patrick Beverley, Malik Beasley and forward Jarred Vanderbilt, along with guard Leandro Bolmaro, the draft rights to center Walker Kessler and Minnesota's 2023, 2025, 2027 and 2029 first round picks and a 2026 first round pick swap.”

Gobert, 30, has spent all nine of his National Basketball Association seasons with Utah, where he helped the Jazz reach the playoffs for six straight years.

Last season he averaged 15.6 points per game, a league-leading 14.7 rebounds and 2.1 blocked shots.

In Minnesota, the player dubbed the “Stifle Tower” will be teaming with another star big man in Karl-Anthony Towns, who has reportedly agreed to a four-year, $224 million extension.

Gobert admitted that he wasn't initially sure that a “Twin Tower” pairing with Towns would suit him, but after thinking about it for a couple days he thought it would be an exciting fit.

“My goal is to make Karl a better player on both ends, make his life easier,” Gobert said, adding that he thought Towns could do the same for him.

The blockbuster deal for Gobert was among the major moves reported last Friday as the league's free agent negotiating period opened.

But Wednesday was the first day players could sign contracts for the 2022-23 season.

The New Orleans Pelicans confirmed they had inked Zion Williamson to a five-year maximum rookie contract extension — worth $193 million but reportedly with escalator clause incentives that could bring the power forward as much as $231 million.

Fielding questions from the press on his 22nd birthday Wednesday, Williamson noted it was the same day last year he learned he had a broken foot — an injury that would see him miss all of last season.

Williamson said he was grateful to the Pelicans for sticking with him despite the injuries that have hindered his early career.

Elsewhere Wednesday, the Washington Wizards confirmed they have re-signed three-time All-Star guard Bradley Beal, who has spent his entire 10-year career in Washington.

Meanwhile, speculation continued to swirl around the league as to the potential landing spot of superstar Kevin Durant, who has requested a trade from the Brooklyn Nets.

The two-time NBA champion and 2014 NBA Most Valuable Player has reportedly expressed a preference for a move to either the Phoenix Suns or Miami Heat.

But with four years and $198 million remaining on his contract the Nets will be keen to reap the highest rewards they can for the superstar.

Dickering over Durant's future could slow progress on other deals, including one for Suns restricted free agent Deandre Ayton.

Under NBA rules, teams could begin making offers for Ayton on Wednesday, with the Suns having the option to match them.

Rakocevic erupts for 45-25 as Magnolia shakes off gritty Terrafirma

Nicholas Rakocevic announced his arrival to the PBA in a sensational fashion, exploding for 45 …