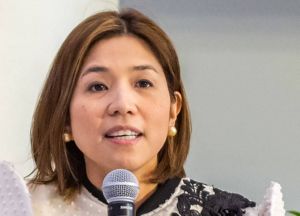 THE Department of Budget and Management (DBM) has proposed to rightsize government agencies, which could affect up to 2 million workers.

Budget Secretary Amenah Pangandaman said in a radio interview on Wednesday that the plan to downsize the bureaucracy is being polished for submission to Congress before President Ferdinand “Bongbong” Marcos Jr.’s State of the Nation Address (SONA).

“Its overarching objective (rightsizing) is to have a small bureaucracy that is agile and responsive in the modern era. This program will fix those agencies that have repetitive functions or overlapping functions,” said Pangandaman in Filipino.

The proposal will decide which of the 187 government agencies and government-owned and -controlled businesses with more or less 2 million employees may be streamlined through merger, restructuring or abolition.

She said the government will be able to save money with the planned rightsizing, which can then be utilized to fund important projects like the construction of much-needed infrastructure, social services, health-related programs and agriculture, among other things.

“For example, if 5 percent is affected by the program, the equivalent is P14.8 billion per year that we will save on our personnel services,” the Budget chief said.

She said personnel who will be affected may apply for positions that will be created by the rightsizing. The government will also offer a program to retool employees so they may apply for vacant positions. Those who choose to retire will be provided with the necessary benefits.

However, the plan for rightsizing does not apply to positions in the teaching and associated fields, in the health sector, in the medical field, or in the military or other uniformed services, the DBM clarified.

The plan, the agency said, is consistent with its support of the Marcos administration’s initiative for a lean, effective and responsive government staff.

“There are government agencies that have functions that overlap or are redundant. This makes them ineffective and inefficient, and these also entail unnecessary expenses,” Legarda said in a text message.

Angara, in a separate text message, said that the call to streamline the bureaucracy “has been there for some time and is probably overdue.”

“I personally would not be averse to delegating the power to the executive particularly the DBM as that is part of its mandate,” Angara said.

He added that aside from crafting the national budget, the DBM is also tasked “to oversee” the government’s human resource1s.

Escudero said that he rightsized the Sorsogon provincial government when he sat as governor “not only to save money but also to make the delivery of services more efficient, including ISO (International Standards Organization) 9001-2015 certification of our systems and processes.”

“I believe that this is the right path to take insofar as the administration is concerned,” Escudero said.

Sen. Aquilino “Koko” Pimentel 3rd said that if the government agencies or bureaus were created by law then “it must be Congress which should abolish the government entity.”

The role of the executive branch is to identify these government agencies to Congress so that the corresponding relevant bill can be drafted, Pimentel said.

“First step is with the executive. But the formal decision to abolish rests with Congress,” Pimentel said.

Escudero said the DBM should study which positions are redundant and ensure that those that may be affected are given proper compensation “to help them get by and start anew amidst these trying economic times.”

He said Pangandaman might encounter a lot of resistance. “But I hope she will stay the course because, in the end, it is, I believe, in the best interest of our country and people.”

2022-07-14
AtinitoAdmin
Share
Previous With a winning smile, Aliya Kanani drops truth bombs at the Fringe festival about doing comedy as a Muslim woman
Next ERs in 12 N.L. towns have had multiple closures this year. Here’s how they add up