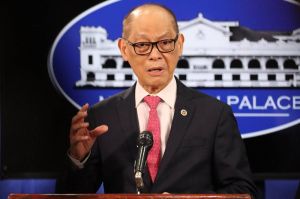 THE Covid-19 positivity rate in the National Capital Region (NCR) has jumped to 9.3 percent, almost double the ideal positivity rate of 5 percent set by the World Health Organization (WHO), but the government is unlikely to implement community lockdowns despite the sharp rise in cases.

The country’s positivity rate also increased to 6.8 percent in the week of June 28 to July 3.

Finance Secretary Benjamin Diokno on Wednesday said that lockdowns are no longer needed because the majority of Filipinos have been inoculated against Covid-19.

“I think no country now, except China, will go into general lockdowns. I think we have now graduated from being pandemic to endemic,” Diokno said when asked if the Marcos economic team will adopt the previous administration’s policy of not imposing any wide lockdowns.

“We have to live with the virus. Most of us are vaccinated anyway, some of us even have boosters. In fact, that (vaccination) is also key to the 100 percent opening or face-to-face opening of classes. The plan is, it will start opening up by August and then 100 percent by November,” he added.

On Wednesday, the Department of Health (DoH) said that Cordillera, Central Luzon, Calabarzon (Cavite, Laguna, Batangas, Rizal and Quezon), Mimaropa (Mindoro, Marinduque, Romblon and Palawan) and Western Visayas regions also had positivity rates above the 5 percent threshold set by the WHO.

The department, however, said that health care utilization rates remained low, with a 19 percent total bed utilization rate despite an increase in admissions by around 6.7 percent.

In NCR, cases increased by 57 percent to an average of 537 cases per day from June 28 to July 4, while Mindanao provinces have shown a slight uptick.

All regions have reported case increases but continue to remain under low risk as average daily attack rates are below the threshold of six cases per 100,000 population.

It said that Marcos “agreed to the proposal of requiring Filipinos to get a first booster dose” during his meeting with the officials of the Department of Health, the Inter-Agency Task Force for the Management of Emerging Infectious Diseases and the Philippine Health Insurance Corp. in Malacañang on Wednesday.

The move was also in preparation for the impending full implementation of face-to-face classes in November this year.

During the meeting, the President underscored the need to increase the protection of the population against the Omicron subvariants, especially the students in anticipation of their gradual return to school.

“This is going to be very important lalo na (especially) in preparation for school in the coming semester. Ang plano ni VP Sara (The plan of VP Sara is) to phase in already complete face-to-face. So sana ma-vaccinate (So we hope they all get vaccinated),” Marcos said, referring to Vice President Sara Duterte-Carpio, who also sits as Education secretary.

As vaccine hesitancy remains an issue, the President directed the DoH to enhance their information campaign and extensively explain to the people the importance of having a booster shot.

He also directed the Health department to increase the administration of booster shots by October before the planned full implementation of face-to-face classes in November.

“We have to explain. The best explanation we can have is that for the Alpha and the following strains, the vaccine was two shots and it was sufficient for good immunity but still not full immunity,” Marcos said.

“That’s the general policy. We will reinstitute again the vaccination drive so that we can at least feel safer when the children go back to school,” he said.

The country reported additional subvariant cases on Tuesday, led by 43 new cases of the highly infectious BA.5 subvariant of Omicron.

Most of the new subvariant cases were reported in NCR, with 21 BA.5 cases, followed by Calabarzon Region with seven BA.5 detections, Ilocos with five detections and Western Visayas with two detections.

Of the 43 BA.5 detections, 42 were local cases, while a single case was from a returning overseas Filipino.