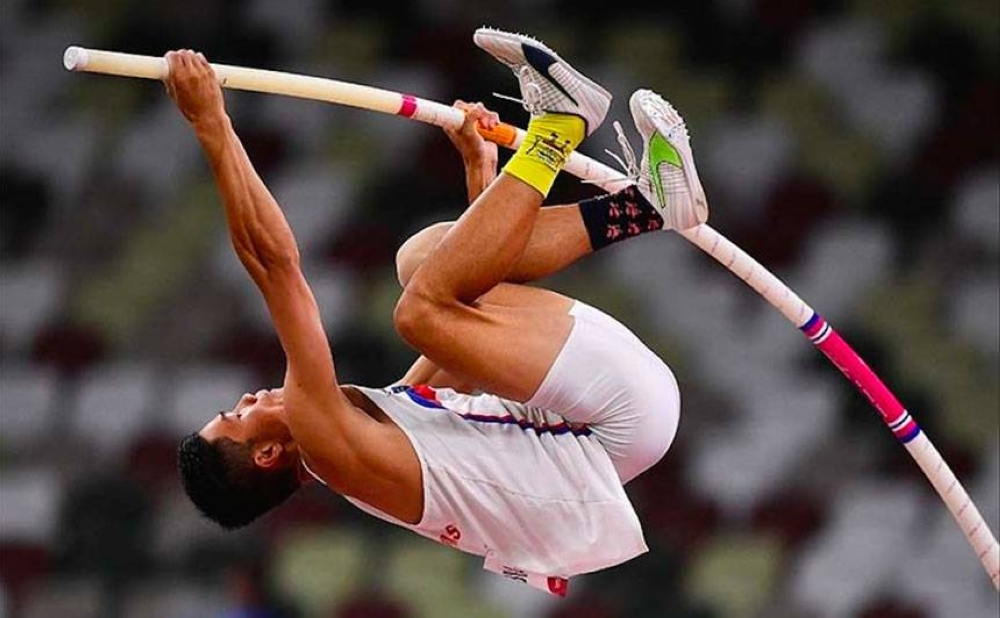 Obiena cleared 5.80 meters (m) in his third attempt to rule the event albeit other topnotch pole vaulters like reigning Olympic champion Armand Duplantis of Sweden and Piotr Lisek of Poland did not join the tournament.

Duplantis just set a new world record of 6.16m in the Bauhaus-Galan in Stockholm, where Obiena cleared 5.73m only.

“Sixth (gold) for the year reppin' the Philippines. Keep jumping, keep improving. With God's grace and determination, we'll soon get to reach our goal,” wrote Obiena in a Facebook post on Sunday, alluding to his new golden performance.

Obiena's 5.80 leap, however, was 0.5m shorter than the 5.85m he set in last year's edition of the tournament in Mossingen.

The 6-foot-2 Obiena also tried to set a new Asian record of 5.94m but could not execute, as the 5.93m he set last year in Austria remains the continent's best.

Prior to winning the gold in this Jump and Fly event, Obiena ruled the Taby Stavhoppsgala in Taby, Sweden last June 29.

Next up for Obiena is the World Athletics Championships in Oregon, United States slated from July 15 to 24.

2022-07-02
AtinitoAdmin
Share
Previous BSP plays key role in steering PH economy toward growth, resiliency
Next After losing his wife, this 96-year-old man moved to a place they loved: rural Newfoundland