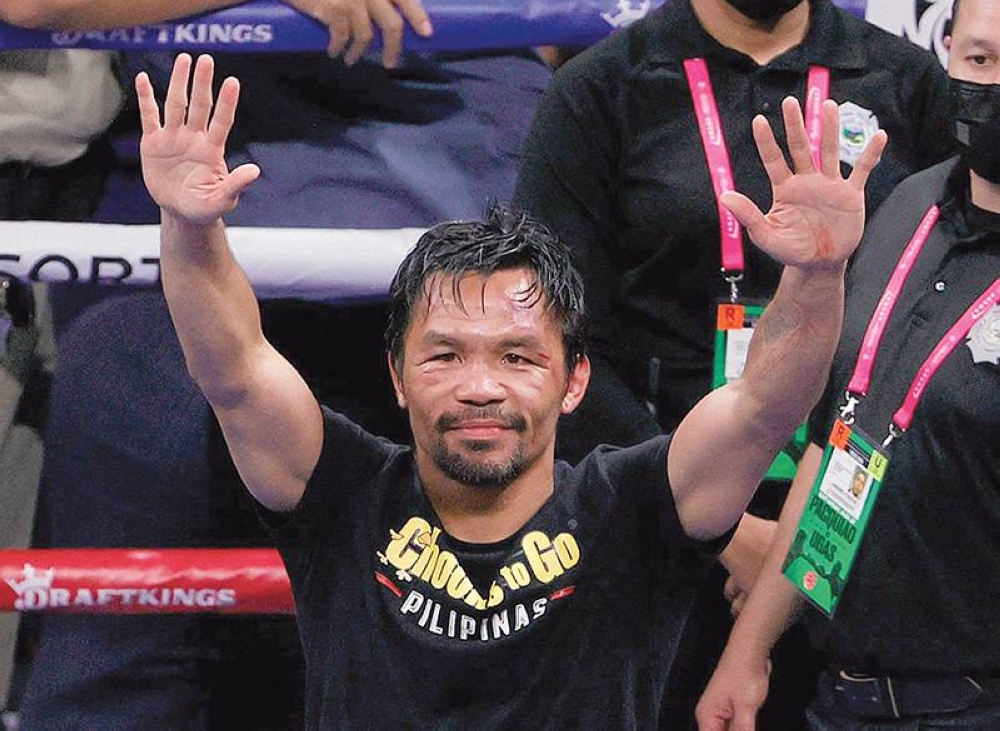 The champ bows out Manny Pacquiao blows a kiss to fans after his WBA welterweight title fight against Yordenis Ugás in Las Vegas, Nevada on Aug. 21, 2021. AFP FILE PHOTO

FILIPINO boxing legend Sen. Emmanuel “Manny” Pacquiao is all set for a boxing return albeit in an exhibition atmosphere.

Yoo, a sports and fitness instructor and the founder of the Warfare Combat System, announced the development in an Instagram post on Wednesday last week.

“For a special match with Pacquiao in the Philippines,” read the caption of Yoo’s post with photos of him and Pacquiao signing and showing what appeared to be contracts for the fight.

Pacquiao, the only eight-division world champion, announced his retirement from boxing in September last year, a month after he lost to Cuban Yordenis Ugas via unanimous decision.

The contract signing and the official announcement of the fight is slated on July 20.