And on Friday at the FilOil EcoOil Center, De La Salle-College of Saint Benilde finally accomplished what was denied them two years ago in Season 95 when the tournament was scrapped at the onset of the Covid-19 pandemic. 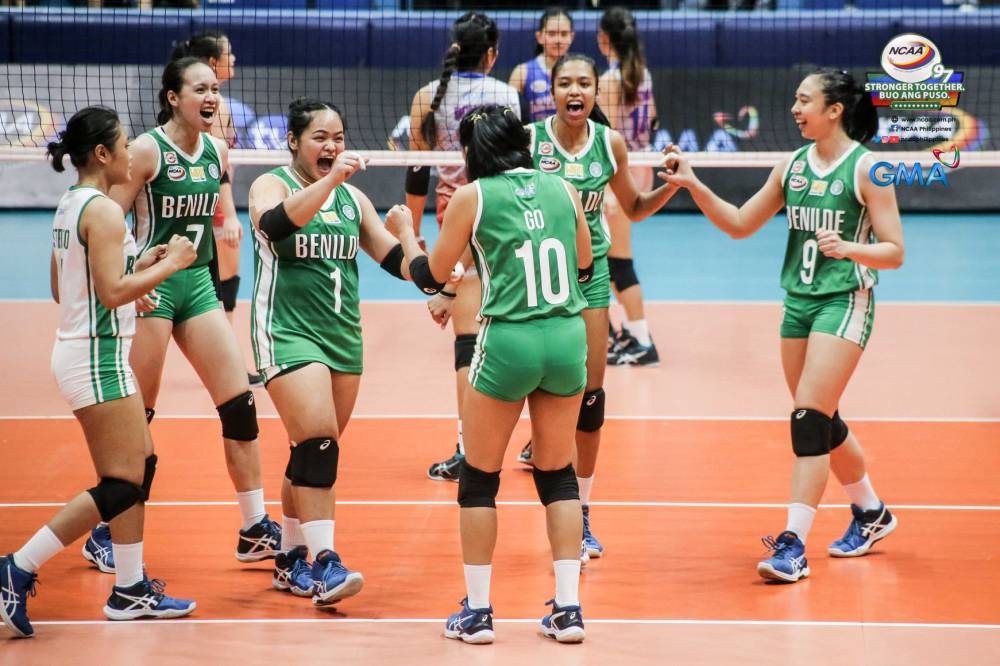 The Lady Blazers dethroned Arellano University with a 26-24, 25-12, 25-9 victory in Game Two of the Finals to complete a season sweep and capture the championship of the National Collegiate Athletic Association (NCAA) Season 97 women's volleyball tournament.

The Lady Blazers are the first NCAA women's volleyball team to finish the season without a loss since the University of Perpetual Help System Dalta in 2012.

“We accepted what happened (in 2020 when the season was scrapped). We were hoping that the alert level won't be raised,” said Jerry Yee, who was named Coach of the Year.

“It's good that we were able to finish the season. We're happy after all that we've been through.”

Finals Most Valuable Player (MVP) Gayle Pascual unleashed 14 points on 10 attacks, three blocks, and one ace to lead the way for Saint Benilde, which stretched its winning run to 11 games this season and 18 games dating back to Season 95.

Most Valuable Player Mycah Go was her usual steady self as she finished with eight points, including the ace that clinched the second women's volleyball championship for the Lady Blazers. She also added 15 digs and four excellent receptions in the match that lasted for one hour and 13 minutes.

Just like in Game One, the Lady Blazers had to outlast the Lady Chiefs in the competitive first set. From there, however, Saint Benilde went on cruise control against Arellano.