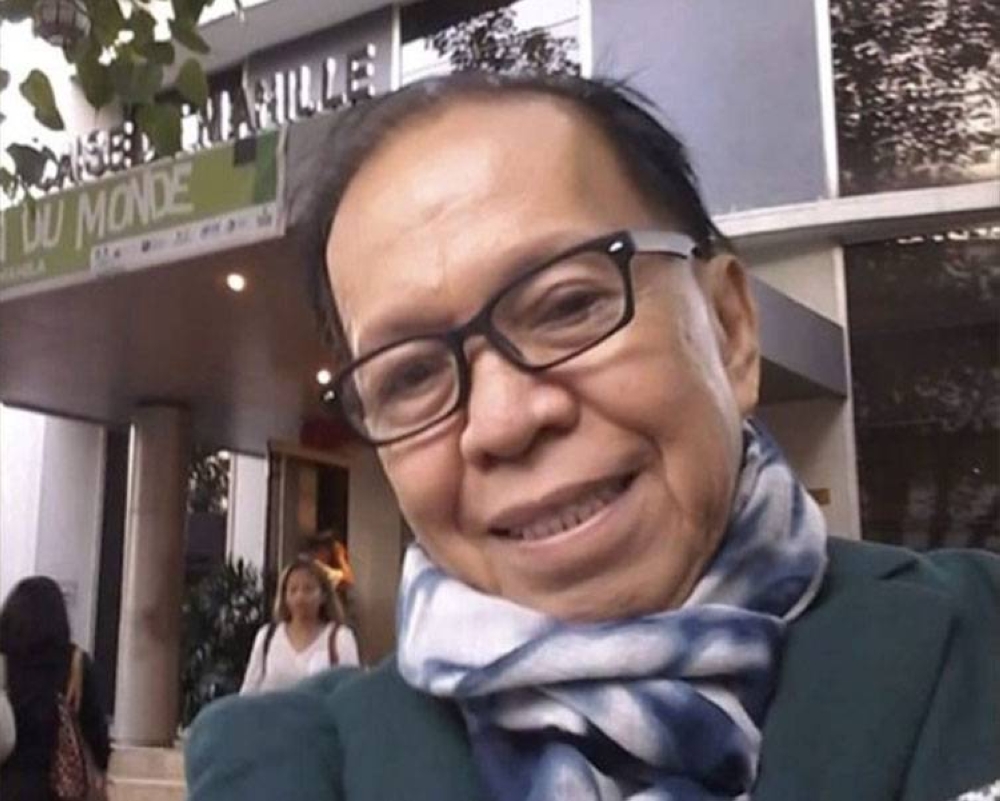 Colleagues from the industry initially confirmed the news but in an interview with The Times, his nephew Rubien Ruggierro Enero corrected earlier reports that Kabristante succumbed to pneumonia despite testing negative for Covid-19.

“He suffered internal bleeding in his intestines,” Enero said in Filipino. “But he had no prior illnesses before his passing.”

The veteran writer, who also taught Journalism subjects at The Manila Times College, co-founded the erstwhile Balintanaw Film and Theater Arts with Marcelino Cavestany. He was also an active member of the Philippine Centre for International Theater Institute, National Press Club Inc., The Writers Bloc — an organization of Filipino playwrights, and the Philippine Movie Press Club (PMPC).

The Virgin Labfest — a laboratory festival of new plays by emerging and established Filipino playwrights and held annually at the Cultural Center of the Philippines (CCP) — were among the first groups to express their condolences on their official Facebook page.

His last play, “Bienvenuta Al Lido Di Venezia” (2022), was just staged in June during at the Virgin Labfest (Year 17) and directed by Nanding Josef and Antonette Go.

The Film Development Council of the Philippines (FDCP) also announced his passing and spotlighted his works on social media.

“The FDCP extends its condolences to the family and loved ones of Mr. Kabristante. His remarkable contributions to the industry will always be remembered,” the post read.

The Manila Times Lifestyle and Entertainment and the entire paper extend its deepest sympathies and condolences to Kabristante’s family.

‘Rise!’ brings together the art of opera, pop music, OPM, orchestra music, and ballet in …