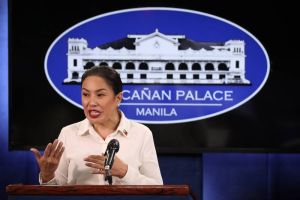 LESS than a week after assuming office, President Ferdinand Marcos Jr., has been “upbeat” about his job.

“How is he settling in? So far he’s upbeat. That’s the observation that we have made. He’s very encouraging,” Cruz-Angeles said in her first press briefing in Malacañang.

She said Marcos has been “well-received” everywhere he went so far, including Monday’s flag-raising ceremony at the Palace.

Briefly addressing those attending the ceremony, the President expressed elation over their enthusiasm and encouraged them to always give their best since that is what the people expect of them.

From Malacañang, the President proceeded to the Department of Agriculture’s main office in Quezon City where he presided over his first meeting as the agency’s temporary head.

Marcos has said he is taking over the Agriculture portfolio “for now” to address the “severe” problems plaguing the farm sector.

A few hours later, he was back in the Palace for the command turnover ceremony of the Presidential Security Group.

The Senate begins its investigation into the operations of Philippine Offshore Gaming Operators (POGOs) today, …