Breaking News
Home / Entertainment / ‘If your life was a show, this would be it’ Former ‘Degrassi’ alumni reminisce as HBO prepares to reboot beloved franchise

‘If your life was a show, this would be it’ Former ‘Degrassi’ alumni reminisce as HBO prepares to reboot beloved franchise You could almost call it a long overdue high school reunion.

The Degrassi kids are back yet again. The new series, greenlit last January, is based on the long-running Canadian franchise about the teenage middle and high school experience. It debuts on HBO Max next year.

It will be a reimagining of the franchise that aired the last episode of its “Next Class” incarnation five years ago. The roots of “Degrassi” date to 1980, when “The Kids of Degrassi Street” premiered on CBC. Different spinoffs of the series continued to run from 2001 up to the final “Next Class” episode, which aired in July 2017. The series continues to air, in some iteration, in 180 countries worldwide.

In a Star exclusive, we caught up with 14 former teen actors who appeared on the series, as well as two of the show’s former executive producers, to ask how they feel about the return of the series and why it continues to mean so much to Canadians.

For Ephraim Ellis, being a featured actor on the program was life-changing. Nineteen years ago, his character, Rick Murray, was one of the first school shooters to be depicted on television in “Degrassi: The Next Generation.” After being pranked by his classmates, Ellis’s character brought a gun to school and used it to paralyze Jimmy Brooks (memorably played by Drake) before being killed himself. The informative storyline was one of the first TV presentations of real-life school violence.

“It’s unbelievable to have been part of something that people are still talking about close to 20 years later,” Ellis said.

At the time, the actor said that he thought tackling the story on TV could help solve the problem.

“I was thinking, ‘Oh, isn’t it great as a society that we’re working through these things and we’ll move past this type of thing occurring,’” Ellis said, conceding no one could have predicted that gun violence would only increase since his time on the series.

Aaron Martin served as the show’s executive producer at the time.

“The genesis of the storyline was about how bullying can explode into violence and how everybody’s complicit in that,” Martin said. “Sadly, I am not surprised that it keeps happening. Columbine was weighing on us. The massive problem and point is when you have guns in the hands of teenagers really horrible things can happen.”

Martin, who started as a story editor on the series, said the show’s commitment to accuracy has, was and always will be its signature.

“We were all in our late 20s writing this show and these teenagers were actual teenagers. We hired them within a year or two of what their actual ages of their characters were. There was an added level of authenticity because they weren’t adults pretending to be teenagers.”

Alicia Dea Josipovic concurred. The actor played Bianca DeSousa from 2010 to 2013 and said there was something that separated this Canadian teen drama from its U.S. counterparts, including “Saved by the Bell” and “Dawson’s Creek.”

“I don’t want to put down ‘90210’ or any of those other shows, but they were just more bougie. ‘Degrassi’ always dealt with real teen issues that teens were going through. Bullying, drug abuse, violence, teen pregnancy. We weren’t afraid to go there.”

Miriam McDonald played Emma Nelson from 2001 to 2009, the character who was the object of Rick Murray’s unrequited affection. McDonald said there was something different about “Degrassi.”

“I think the show’s legacy is its authenticity and being real. Casting people that seem real as opposed to ‘90210,’ where you’ve got a 25-year-old playing a 17-year-old. Come on, that’s not real life.”

Being real has always been important to the Oakville-born actor, who recently disclosed she had an eating disorder while working on the show, a storyline that also played out on the series. There was a deeper personal connection as well.

“It impacted me so much to take that on in the tail end of me recovering from what I was dealing with while watching my sister struggle with an even more severe version of it.”

McDonald said that she battled her illness between the ages of 12 and 15, and faced it head on when an anorexia storyline was written for Emma.

“There’s a vulnerability to ‘Degrassi’ that cannot be faked.”

Ana Golja played Zoë Rivas on the series from 2013 to 2017. One of her first storylines involved being sexually assaulted at a party. It was based on an actual case from 2012 in Steubenville, Ohio, where two teenagers were convicted in juvenile court for the rape of a minor.

“I remember having discussions with the producer about the difficult scenes for Zoë with the assault storyline,” Golja said. “I told them that I wasn’t comfortable with nudity and asked what the shots would look like and if I could have the shot list. They did everything to make me feel comfortable so I could be as vulnerable and as real as I could.”

Chloe Rose, who played Katie Matlin on “Degrassi: The Next Generation” (2011 to 2013), attributed the vulnerability to the show originating in Canada.

“Generally, there’s like a little bit more unity around representation in Canada,” she said. “Especially in Toronto where the show films, we’re like the most multicultural city and there’s generally just, like, a lot more openness.”

Billy Parrott played Shane McKay, Emma’s father, on “Degrassi Junior High” (1987 to 1990). He believes Canadian programming is just more relatable. As with Ellis’s storyline, Parrott broke new ground when his character was involved in one of the first dramatic depictions of teen pregnancy with Christine “Spike” Nelson (played by Amanda Stepto).

“I was a part of something that was pretty important to Canadian history in breaking barriers in terms of what was publicly broadcast.” The show’s co-creator and executive producer, Linda Schuyler, said that the teen pregnancy was groundbreaking in 1987.

“Spike’s storyline was revolutionary for teen television. ‘Degrassi’ was the first prime-time series that featured a reoccurring character (played by an age appropriate actor) who became pregnant and kept the baby. ‘Degrassi’ authentically followed Spike’s story for six seasons.”

Original cast member Stacie Mistysyn knows a thing or two about breaking barriers on TV. She played two characters during the show’s run. She was first cast as “Lisa Canard” on “Kids of Degrassi Street” from 1982 to ’86 and then played Caitlin Ryan on “Degrassi Junior High” (1987 to ’89). She also returned as a recurring character for “Degrassi: The Next Generation” between 2002 and 2006.

Caitlin had to deal with rumours being spread about her sexual orientation.

“It wasn’t edgy just for the sake of being edgy,” the actor said about her time on the show. “It was important just in the sense that having those feelings (for someone of the same sex) doesn’t necessarily mean you are gay or homosexual even though it could.”

While Mistysyn’s episode was the series’ first depiction of a same-sex storyline, it wasn’t its last. Twenty-four years later, the subject was revisited when “Next Generation” actors Annie Clark and Cristine Prosperi (who played Fiona Coyne and Imogen Moreno respectively) delighted fans with their relationship.

“Imogen was just kind of like down for whatever,” Prosperi said. “I wouldn’t even call her lesbian. I would say she was pansexual. If she liked you she liked you. And that was really cool because that was 10 years ago and the start of all these realizations for teenagers.”

Sara Waisglass, who played Frankie Hollingsworth on “Next Generation” (2013 to 2014) and “Degrassi: Next Class” (2016 to 2017), said that being blissfully unaware of so many things when she was a 16-year-old actor on the show is something many of the show’s viewers could relate to.

Olivia Scriven said she also achieved a better understanding of herself while playing Maya Matlin (from 2012 to 2015 on “Degrassi: The Next Generation” and from 2016-2017 on “Degrassi: Next Class”).

“I think it’s hard when you are finding your sense of self to also be playing a character. When you are at that young age and just starting to realize who you really are, it’s very fragile. I got very protective of that, which was obviously getting in the way of me playing a character that wasn’t me, if that makes sense.”

Because the show was accepted as a critically acclaimed part of Canadian culture, most of its spinoffs have usually been met with a degree of trepidation. With HBO’s penchant for mature content and language in its programming, that is certainly the case this time around. It’s a concern shared by most of the show’s acting alumni.

“I think every iteration of Degrassi is about risk,” mused Aislinn Paul, who has the distinction of appearing in the most episodes of the series as Clare Edwards. “I think every new season and every new choice ‘Degrassi’ has made had to be risky in order to be rewarded.”

Annie Clark, who played Fiona Coyne on “Degrassi: The Next Generation” (2009 to 2012), believes that the purity of the brand should be upheld, and if there are plans to make the show fall in line with something like “Euphoria” it should be called something else.

“If you’re trying to make it like some of the other shows that are out there right now, then just make a brand new show about high school. Don’t reboot this beloved franchise that people still hold so dear.”

Eric Osborne played Miles Hollingsworth (2013 to 2017) and considers the name of the show sacred.

At the end of the day, the show will live and die by its fan base. But, it will need to appeal to a completely new generation too.

“The fan base is everything,” said Melinda Shankar.

The actor, who played Alli Bhandari (2008 to 2010), said the audience has stuck with them because they remain members of their family.

“A lot of kids don’t have older sisters or parents that they can talk to about growing up. We were those people. When you see 30 kids exploring their quests for identity, it’s like a video game where you can plug yourself in and have virtual friends because there is someone for everyone.”

Waisglass said regardless of the broadcaster, the writers or the inevitable new cast, the show’s core mantra will remain.

“I remember one of the tag lines for ‘Degrassi’ was ‘If your life was a show, this would be it.’ And I completely agree with that.”

Murtz Jaffer is a Toronto-based entertainment writer and a freelance contributor for the Star. Follow him on Twitter: @murtzjaffer 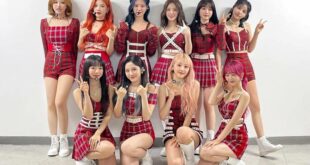 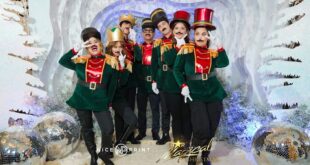 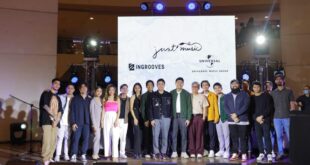