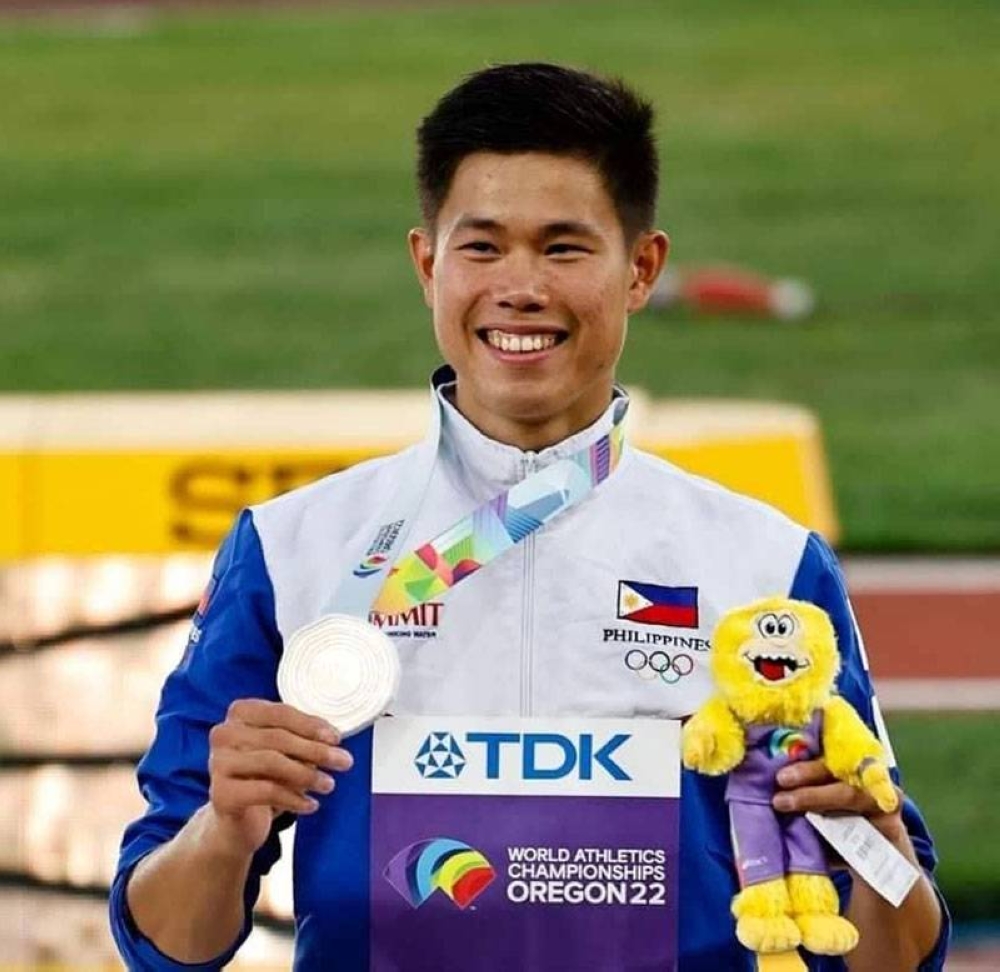 FILIPINO Olympian pole vaulter Ernest John “EJ” Obiena expressed his gratitude to the Philippine Athletics Track and Field Association (Patafa) and the Philippine Sports Commission (PSC) for reinstating him to the national team.

“I am very thankful to Patafa leadership and PSC for reinstating me back to the national team,” wrote Obiena in a Facebook post on Wednesday night, hours after the PSC announced his reinstatement to the Philippine team.

Patafa, then headed by Dr. Philip Juico, dropped Obiena from the national team last January for his alleged falsification of liquidation documents as well as misappropriation of government funds intended as payment for his coach Vitaly Petrov.

The issue was made public last November and Obiena revealed that he was cut off from government funding for several months due to the allegations against him.

The relationship between Obiena and the Patafa leadership turned sour as both parties threw damaging statements against each other and even held press conferences to support their agendas. The issue had become so big that Obiena and Patafa officials were called to appear in Congress and Senate to hear both sides in an effort to reconcile the two camps.

A truce was forged last March following a successful mediation process facilitated by the PSC, previously headed by William “Butch” Ramirez. The following month, the Commission on Audit cleared Obiena of any wrongdoing pertaining to his liquidation of training funds.

“Whilst I shall properly leave the past in the past; I believe the facts have spoken. The Commission on Audit has spoken. My fellow countrymen have spoken. And my team and I have proven our dedication with our performances on the world stage and a first-ever World Championships medal,” Obiena wrote in his Facebook post.

“This was a long awaited and just decision; and one in the best interests of Philippine sport. It’s also a decision that is congruent with the values and principles of the Olympic Spirit. Now, I look forward as I work tirelessly to bring more glory to our beloved Philippines!”

With his reinstatement to the national team, Obiena, who owns the Asian men’s pole vault record of 5.94 meters and became the first Filipino to win a medal (bronze) in the World Athletics Championships last July, is set to receive his training funds and allowances back from the government.

Obiena’s reinstatement came after the majority of Patafa board members voted on it during their special board meeting held last Saturday, August 13.

PSC executive director Atty. Guillermo Iroy Jr. said that this decision takes effect this month and that the changes fall within the existing team quota of athletics.

Current PSC Officer in Charge Commissioner Bong Coo is pleased with this turn of events saying that “we are thankful to the Patafa leadership” for taking this step to solidify the strength of our national athletics team.