Share
Canadians will be among the first to access an edit button Twitter is launching this month. The feature will be available to subscribers of Twitter Blue — the company’s paid subscription service that has only launched in Canada, the U.S., Australia and New Zealand — for testing as early as late September.

Announced Wednesday, the feature will become available to Canadian subscribers of Twitter Blue — the company’s paid subscription service — for testing as early as late September. The service has only launched in Canada, the U.S., Australia and New Zealand.

The feature will let subscribers edit their tweets, add or remove tags and reorder attached media “a few times” within 30 minutes of publishing. Tweets will be marked with an icon and label noting they have been modified, while users will have access to a history of the changes.

The company framed the edit button — its “most requested feature to date” — as a way of reducing the frustration that comes with having to either delete a post or leave a typo on display because there is currently no way to alter tweets.

The rollout of the long-awaited tool comes as Canada is looking to regulate tech companies and pressure is mounting to tamp down on online harassment.

“But if we’re looking for a tool that will make Twitter more productive and welcoming and a healthy place, this isn’t it,” said Natasha Tusikov, an assistant professor of social science at York University.

“If Twitter hopes that an edit tool will improve public discourse and make it a safer, more productive, more engaging public premise, that’s absolutely not going to happen. This doesn’t touch any of the structural problems that Twitter has.”

Among its biggest issues are trolling, “doxing” (the act of compiling and releasing personal information about people) and harassment that have run rampant on the platform, Tusikov said. She also argued those issues often go undealt with by both Twitter and law enforcement,.

She worries that bad actors wanting to commit such acts could use the edit button to gamify their behaviour.

Users might post something that’s very derogatory or hateful and then change it to something else, she said.

“People will then feel like they’ve aligned or interacted positively with something that they now no longer support,” Tusikov said.

Tested feature will be tweaked and expanded

you don’t need an edit button, you just need to forgive yourself

The version of the edit button Twitter Blue subscribers get to test might not be the one that is ultimately rolled out to all users.

The test will be localized to a single country at first, but tweaked and expanded as the company learns and observes how people use the feature.

While the company has received numerous requests for an edit button — including from high-profile users like Kim Kardashian, who said she once cornered Twitter co-founder Jack Dorsey at Kanye West’s birthday to ask for the tool — it seemed unlikely they would ever roll out the feature.

The company tweeted, “you don’t need an edit button, you just need to forgive yourself” in June 2021, but in April conceded an edit button has been in the works since last year. 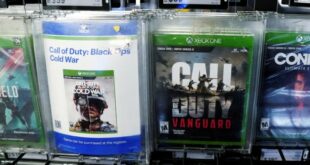 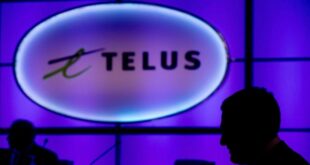 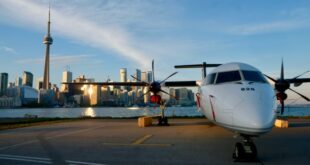 Porter Airlines to fly out of Pearson to Vancouver, plus Ottawa and Montreal 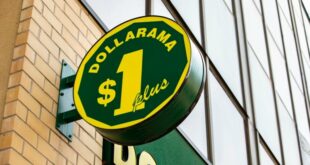 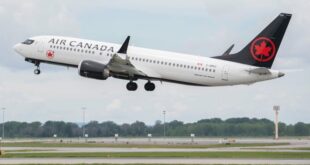 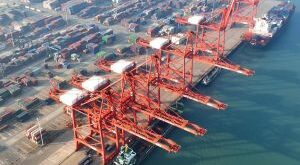 Cranes and shipping containers are shown at a port in the city of Lianyungang, Jiangsu …