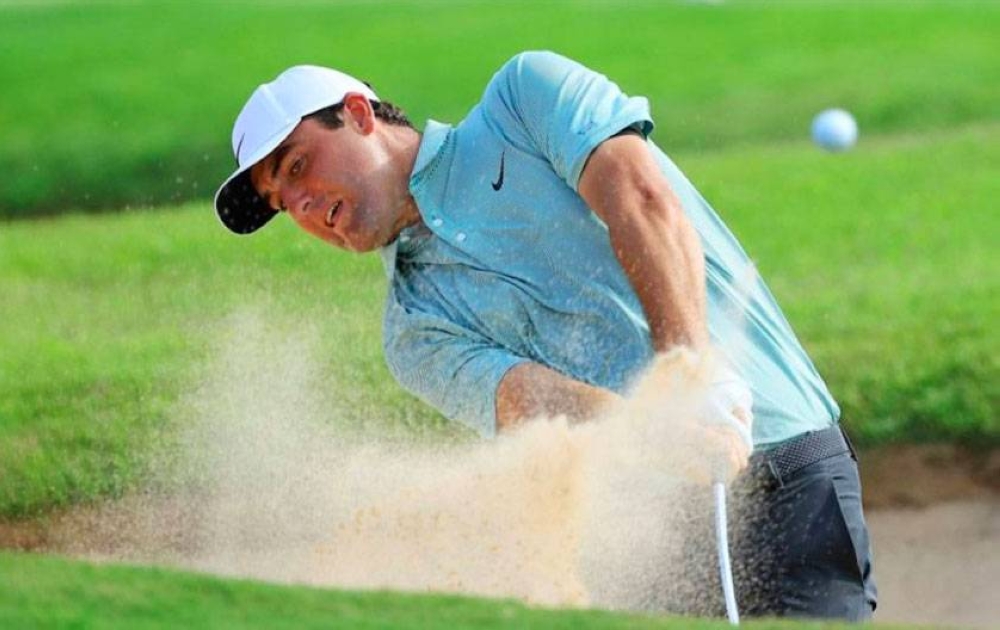 CHARLOTTE: An American squad with 11 of the world's 18 top-ranked players arrived Monday (Tuesday in Manila) at the Presidents Cup as huge favorites for a ninth consecutive victory over a depleted Internationals lineup.

“I'm excited about this 12 and ready to get going,” US captain Davis Love said. “It will be a great show once Thursday (Friday in Manila) starts.”

The Americans, who feature six rookies including Scheffler, own an 11-1-1 edge in the all-time rivalry, taking the past eight from the global squad. Their only loss came at Melbourne in 1998.

They face an Internationals team with a record eight rookies, their youngest-ever lineup averaging 28.8 years after defections to the Saudi-backed LIV Golf Series denied them British Open winner Cam Smith of Australia and top-25 players Joaquin Niemann of Chile and Abraham Ancer of Mexico.

Still, a lineup with seven newcomers tested a Tiger Woods-led US team in 2019 at Melbourne before losing 16-14.

“That fun vibe will continue with all the fresh blood in the team this time around,” Internationals veteran Adam Scott of Australia said. “And if we can get the momentum going, we might just shock the world.”

It would be a stunner for the ages if the decimated global team downed one of the most formidable American sides ever, a group to rival the one that ripped Europe 19-9 in last year's Ryder Cup.

Love's lineup has 12 of the world's top 25 even without injured No. 8 Will Zalatoris and several LIV Golf defectors, including Dustin Johnson.

The Internationals boast five of the top 30, led by 2021 Masters champion Hideki Matsuyama of Japan at 17th, but US talent and depth make them an overwhelming favorite despite the tight fight in their last meeting.

“We came so close to getting the win in 2019,” Matsuyama said. “It still frustrates me to think back at how close we came to getting it done. But we've got a new team and hopefully this year will be a different story.”

Max Homa, among the US newcomers this week, captured his fifth PGA title Sunday at the Fortinet Championship, sinking a last-hole chip-in birdie.

“This is definitely going in with some confidence, so that's nice,” Homa said.

Homa, who won his first PGA title at Quail Hollow in 2019, had something to prove after being a captain's pick.

“I've had a lot of people tell me if the LIV guys wouldn't have left, I wouldn't have made the Presidents Cup team,” he said. “So I had a little bit of a chip on my shoulder.”

“He's such a likable guy. He's so easy to be around,” Simpson said. “Most if not all the guys would love to play with Max.”

The Internationals will get a jolt from 20-year-old Kim Joo-hyung, among a record four South Koreans on the roster.

World number 21 Kim will be the third-youngest player in Cup history after Japan's Ryo Ishikawa and Spieth.