The war on drugs of the past administration had its share of supporters and critics. But no matter which side one is rooting for, it couldn’t be denied that blood was shed, and a lot of people perished and lives were cut short. Whether the victims deserve their fate is not upon us to judge, but we can only hope for justice — and closure for those who they had left behind. As Martin Luther King Jr. has said, “The arc of the moral universe is long, but it bends toward justice.”

Perhaps aware of the unnecessary spillage of blood in this war on drugs, the Marcos administration has veered away from directly endorsing the continuation of this campaign. Instead, the President has stressed the need for a “holistic” campaign that will focus more on prevention and rehabilitation. It is not totally abandoning the fight against illegal drugs, but looking at “cutting the roots” of this scourge.

Considering this direction, the Department of the Interior and Local Government (DILG) launched last Nov. 25, 2022 a new anti-illegal drugs program with the name “BIDA” or “Buhay Ingatan, Droga’y Ayawan.” It means, “take care of our lives, say no to drugs.”

“Join us in BIDA. Let us work together and be prime movers in the fight against illegal drugs. The bright future of our youth that is free from illegal drugs is in our hands,” said DILG Secretary Benjamin Abalos Jr. He added that the illegal drug problem is a “deep-seated issue that has continued to destroy relationships, families, and the youth… and that it is high time for all sectors of society to make a stand and do their part through the BIDA program.”

The DILG explained that BIDA is a “nationwide anti-illegal drugs advocacy program involving local government units, national government agencies, and other key sectors of society that will focus more on drug demand reduction and rehabilitation in the communities.”

Abalos said the anti-drugs campaign under the Marcos administration pioneers a different approach that will work “within the framework of the law and with respect for human rights and with focus on rehabilitation and socio-economic development.”

Over the weekend, the DILG held a nationwide launch for BIDA in various locations. Abalos encouraged everyone to join BIDA and said that the drug scourge must not only be addressed by law enforcement but also by those from the grassroots level. “What is needed is not only the police. The whole community should help the country, let’s go to the root of the problem,’’ he said. “The drug problem is a problem of the world, even of developed countries. It’s challenging to suppress but nothing is impossible if we work together.”

This synergy brings a new surge of energy to this campaign against illegal drugs. Whether it becomes successful or not remains to be seen. But we hope that it would have a better outcome as going back to the bloody war on drugs is not a viable path to take at this time. 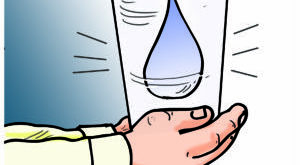 You won’t miss your water, until the well runs dry 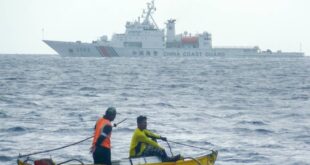 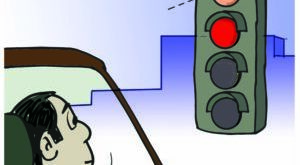