Share
The exiled opposition leader of Belarus will meet with Prime Minister Justin Trudeau and Foreign Affairs Minister Mélanie Joly separately over the next two days in the hopes of persuading them to impose further sanctions on military and security services in her country.

The exiled opposition leader of Belarus will meet separately with Prime Minister Justin Trudeau and Foreign Affairs Minister Mélanie Joly over the next two days in the hopes of persuading them to impose further sanctions on military and security services in her country.

Sviatlana Tsikhanouskaya — who was widely considered to have won the 2020 presidential election in Belarus — said she’s also seeking non-lethal military aid for up to 500 Belarusians who are fighting as volunteers for Ukraine.

Tsikhanouskaya has met already with Defence Minister Anita Anand. The two had a discussion during the Halifax International Security Forum last weekend.

“We don’t want the world to overlook the participation of Lukashenko in this war,” Tsikhanouskaya told CBC News, referring to Belarusian President Alexander Lukashenko.

Lukashenko managed to retain power after the disputed election, even though the international community believes there was widespread voter fraud. Mass demonstrations in Belarus against Lukashenko retaining power were put down violently by the security services.

Lukashenko has been a stalwart ally of Russian President Vladimir Putin and the former Soviet republic depends heavily on Moscow, both politically and economically.

“I can’t understand why many of these people who fuel repressions and Putin’s war machine … are still able to travel in Europe.”

There are many arrangements between Russia and Belarus governing military cooperation, according to defence experts. They include Russia’s use of the country as a springboard for the invasion of northern Ukraine, its use of a Belarusian radar facility and an air base, and a joint regional air defence system established in 2009.

Published reports earlier this month showed new satellite imagery that suggested thousands of Russian troops may have returned to Belarus. That has raised questions about the prospect of another thrust into Ukraine from the north — or an attempt by Moscow and Minsk to distract Kyiv.

In October, Lukashenko ordered his own troops to deploy with Russian forces near Ukraine, claiming there was a clear threat to Belarus from Kyiv and its backers in the West.

“If such an [invasion] order is made, we call on Belaruians to disobey, to refuse to fulfil the orders,” she said. “We also called on Belarusians, call on your sons to join the anti-war movement.”

Russia’s war on Ukraine is deeply unpopular among Belarusians, she said. A poll conducted by the Belarusian opposition, using donated Canadian government support, shows that 86 per cent of people in the country do not support the war.

Brian Whitmore, a nonresident senior fellow at the Atlantic Council’s Eurasia Center, agreed that Putin’s invasion is unpopular in Belarus and has galvanized the public.

“It has also sparked resistance among Belarusians, including sabotage of rail lines to prevent Russian troops from getting to the front and a hacking campaign by a group calling itself the Cyber Partisans,” Whitmore wrote in a recent opinion article in Foreign Policy Magazine.

Belarusian volunteers also have joined a Ukraine paramilitary group called the Kastus Kalinouski Battalion, named for the leader of a 19th-century Belarusian uprising against the Russian Empire.

“We are looking for assistance to our military volunteers who are fighting shoulder to shoulder with Ukrainians. Winter is coming and people need warm clothes … non-lethal equipment, medical aid. And it would be nice to send such humanitarian aid to [a] Belarusian battalion in Ukraine,” said Tsikhanouskaya.

2022-11-22
AtinitoAdmin
Share
Previous IN PICTURES: Yuletide celebration at Araneta City
Next This old Victorian home has a secret: it’s part of the Montreal Metro system 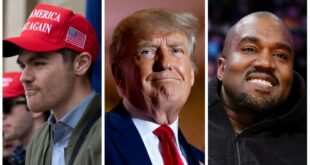 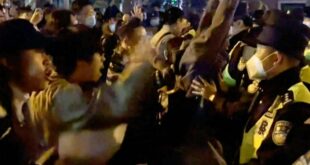 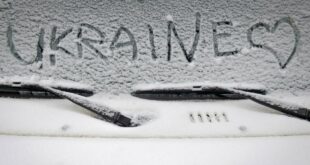 Heavy snowfall was expected in Kyiv starting on Sunday, with temperatures dropping below freezing day …