Share
In this week’s issue of our environment newsletter, we look at what Alberta is doing right in building momentum for solar power, and take stock of the biggest weather stories of the year.

Also: The biggest weather stories of 2022

Our planet is changing. So is our journalism. This weekly newsletter is part of a CBC News initiative entitled “Our Changing Planet” to show and explain the effects of climate change. Keep up with the latest news on our Climate and Environment page.

Sign up here to get this newsletter in your inbox every Thursday.

Happy holidays, What on Earth? readers! We’ll be back in your inbox on Jan. 12.

Growing up near Fort McMurray, Alta., Randall Benson started working in the oilsands like many of his family members. However, in the mid-1990s, the long hours and ecological impacts of the industry had him rethinking his occupation.

“I just found it counterintuitive to how I was raised to respect our environment, and so I made a decision to find something that was kind of opposite,” said Benson, now 52.

The “opposite” turned out to be solar energy, which he learned about while flipping through a magazine after moving to Edmonton.

About 25 years later, Benson is pleased to see utility-scale solar projects booming — a welcome addition to the residential and community solar installations his company, Gridworks Energy, builds. Benson is working on a project commissioned by the Métis Nation of Alberta, of which he is a member, designed to generate enough power for 1,200 homes.

It’s part of a renewable energy boom in a province world-famous for its oil reserves.

There’s “almost gold rush-level activity for solar” in Alberta, said Sara Hastings-Simon, assistant professor at the University of Calgary and an expert in energy and climate policy. “The majority of solar that we have in the system in Alberta today was installed in 2021-2022. So this is a really very recent phenomenon.”

According to research by Hastings-Simon and colleagues, in 2021, renewables — solar, wind and hydro combined — accounted for 14.3 per cent of electricity on the Alberta grid, compared to less than three per cent in 2002. She expects that number to increase for 2022.

Alberta and Ontario are the only Canadian provinces with deregulated wholesale energy markets. While a government with a regulated electricity market could decide to build renewables, Hastings-Simon said that a deregulated system allows for these projects to move forward because of open competition among energy suppliers and an easy route for companies to purchase renewable power directly.

The Alberta Electric System Operator is a not-for-profit organization that purchases power from an open market; the price of electricity changes hourly, set by supply and demand, Hastings-Simon said.

According to Natural Resources Canada, Alberta — in particular the south of the province — has great potential for solar power generation. Despite the vast resource and an open market, solar development was stuck in a bit of a “chicken-and-egg” situation, without anything to kick-start projects, said Hastings-Simon.

When NDP Leader Rachel Notley was premier, the province started a renewable electricity program, and while only wind projects were selected, it sent a message to corporate buyers that a renewable energy market was starting to take off in the province.

In 2018, the province put out a request for solar projects to power Alberta government facilities. This “helped to break that chicken-and-egg cycle,” said Hastings-Simon. The provincial government’s renewable energy procurement in turn sparked an “uptick in interest of so-called non-utility procurement.”

For some companies, there was another incentive: under the federal carbon tax, solar can be used as an offset in order to comply with the cost of carbon pollution.

With the price of solar energy itself dropping, the effect was “the perfect storm” for a boom in solar development, said Hastings-Simon.

Much of the growth is happening in southern Alberta. That includes Canada’s largest solar farm to date, the Travers Solar Project in Vulcan County, which signed an agreement to sell electricity directly to Amazon.

The burst of solar activity has been welcome financially for Vulcan County. In recent years, some fossil fuel companies have walked away from properties, leaving outstanding tax bills unpaid, resulting in the county cutting its budget by 30 per cent, said the county’s reeve, Jason Schneider.

According to Schneider, tax from renewable energy projects makes up 45 per cent of the county’s revenue: about 25 per cent of which is solar and 20 per cent wind.

Hastings-Simon said the next hurdle the province may face will be keeping up with the capacity for solar projects to connect to the grid.

She points to Texas as an example of how to proceed. With lots of solar potential, the state decided to “build transmission lines on the assumption that if we build it, developers will come and build renewable projects when they have that opportunity to interconnect [to the grid].”

When it comes to where public money can best be put to use to keep solar’s momentum going, she said transmission lines are “the biggest bang for the buck.”

Nicole Mortillaro’s story on plastic waste in the cannabis industry struck a nerve with some readers.

“Why not sell cannabis bulk — people bring their own containers and the clerks measure it in? No waste, no worry!”

“I found a great solution to all the plastic waste that comes with government cannabis: I buy from grey-market Indigenous dealers. Their weed is available in bulk in big glass jars. It’s just what I imagined legalization would be like, before the disappointing reality set in.

“Seriously, most of the government-mandated plastic packaging is unnecessary.… There’s a solid argument to be made for putting packaging like that around edibles. Not bud. It’s just stupid.”

“I am glad to read that people have been concerned about this issue. I’ve found it horrifying to witness how much plastic waste was generated at our local dispensaries since they’ve opened. I am curious as to why no one in your article mentioned aluminum? Beer companies and the like have switched from glass bottles to aluminum cans in large numbers over the years because, as we know, aluminum can be recycled indefinitely.

“Why not make the cannabis containers out of aluminum, with a recycling option at the cannabis stores or perhaps simply through our curbside recycling pickup? Maybe I am missing something here, but it seems to make a lot of sense to me.”

The Big Picture: Reimagining the oceans

A little environmental humour to end the year.

Hot and bothered: Provocative ideas from around the web

While 2022 wasn’t as bad weather-wise as 2021, Canadians still endured some challenging circumstances. Here are the top climate and weather stories from the past 12 months.

The No. 1 weather story in Canada this year was Hurricane Fiona.

The 2022 Atlantic hurricane season was a quiet one at first, but by the beginning of September, the first hurricane — Danielle — formed in the North Atlantic Ocean, followed by Hurricane Earl. Then, things really ramped up.

Fiona formed as a tropical depression in the mid-Atlantic on Sept. 14 and quickly strengthened. It devastated Turks and Caicos, parts of the Virgin Islands and Puerto Rico, reaching Category 3 storm status. It eventually moved north, merged with another weather system and hit Nova Scotia as a post-tropical storm.

Though Fiona was downgraded to post-tropical, it didn’t mean there was relief. Atlantic Canada experienced heavy rains, strong winds and incredible storm surges. Homes were swept out to sea. The Atlantic provinces and Quebec saw sustained winds of 100 km/h for six to 12 hours, said Dave Phillips, senior climatologist with Environment and Climate Change Canada.

At its peak, rainfall surpassed 30 millimetres per hour, with total rainfall reaching anywhere from 80 to 150 millimetres. Three people died and more than 600,000 homes and businesses lost power.

A derecho is a long-lived, straight-lined wind event that can sometimes accompany a line of thunderstorms.

On May 21, a derecho formed in southwestern Ontario and just kept moving. In Ontario, three tornadoes were reported in Uxbridge and London; some of the peak wind gusts were at Lake Memphremagog in Quebec, at 144 km/h.

The derecho felled trees, took down power lines and resulted in the deaths of 11 people. In the end, more than one million insurance claims were filed, topping $1 billion in damages. In terms of insured losses, it ranked as the sixth-largest weather event in Canadian history.

At first, it didn’t look like Manitoba’s flood season would be much worse than other years, Phillips said. But by May 1, six wet weather systems had moved through parts of the province, following significant winter snowfall in the south. Most areas received approximately 150 centimetres of snow, the province’s third-highest snowfall since 1872.

From the middle of August to October, more than 500 maximum daily temperature records were beaten in Western Canada.

Lytton was the focus in July as well, with a major fire breaking out just west of the village. By July 27, more than 100 people were forced from their homes. More fires continued to rage, including near Penticton, B.C.

Meanwhile, central Newfoundland saw its worst wildfire season in 60 years due to hotter-than-normal temperatures and dry conditions. One fire grew to 172 square kilometres, while another reached 56 square kilometres.

After a brutal 2021, British Columbians may have been looking forward to a break. Unfortunately, spring was cool and wet and quite overcast. On April 16, 27 minimum low-temperature records were set, including in Vancouver, which had its coldest day since record-keeping began in 1892.

The cooler, wetter conditions meant low flood risk and a late start to the fire season. However, it wasn’t good news for farmers: it was too cold to plant, too wet to plant — and then it was both.

Super storms in the Prairies

On July 7, during a powerful thunderstorm, an EF-2 tornado touched down in Bergen, Alta.; EF-2 storms have sustained winds of 179 to 218 km/h.

On Sept. 13, Montreal and some surrounding areas experienced a deluge. Moisture brought up from the Gulf of Mexico and the Atlantic Ocean dumped 80 to 100 millimetres of rain in just two hours.

From B.C. to Saskatchewan to parts of Manitoba to northern Ontario, there were cold weather alerts galore in January 2022, with wind chills putting it in the range of –40 C to –55 C. Outdoor events were cancelled and emergency shelters were set up. Some car batteries couldn’t hack it and died.

But it was the Yukon where temperatures truly plummeted. Between Jan. 5 and 7, Whitehorse experienced its coldest temperature in roughly 17 years: –44.6 C. And Watson Lake reached a record-breaking –52.2 C on Jan. 6.

Atlantic Canadians had a harsh start to 2022 themselves. Three storms arrived with either rain or snow, along with wind, pummelling the area beginning on Jan. 7.

The first brought up to 30 to 50 centimetres of snow to northern Cape Breton, along with 80 km/h winds. The next day, it was Newfoundland’s south coast that got hit with a nor’easter, dumping 45 centimetres of heavy snow.

On Jan. 15, another storm hit parts of Nova Scotia and New Brunswick. Cape Breton once again got hit with heavy precipitation in the form of 84 millimetres of rain and an additional 11 centimetres of snow.

Are there issues you’d like us to cover? Questions you want answered? Do you just want to share a kind word? We’d love to hear from you. Email us at whatonearth@cbc.ca.

Sign up hereto get What on Earth? in your inbox every Thursday. 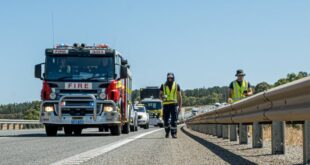 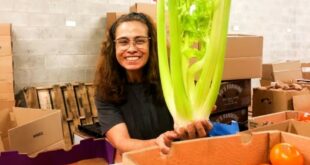 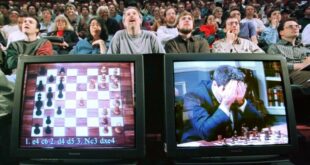 Regulating artificial intelligence: Things are about to get a lot more interesting 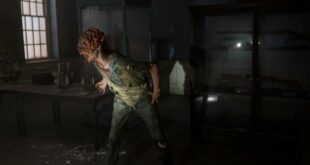 Frightened by fungal zombies in The Last of Us? The real-life threat is terrifying, too 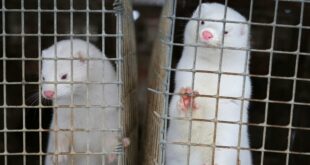 Bird flu keeps spreading beyond birds. Scientists worry it signals a growing threat to humans, too 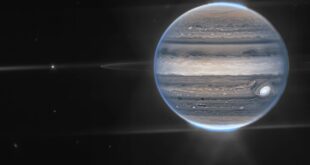 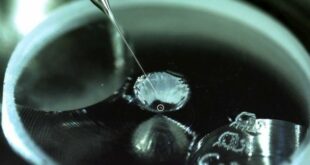