Share
As we look forward to 2023, we look back on a few important music moments that defined and shaped 2022.

“The Beatles Got Back.”

Though originally released for streaming late 2021 on Disney Plus, most of the world didn’t get to see the “The Beatles: Get Back” film until it was released on DVD in July of 2022.

Now what would a documentary about a rock band from more than 50 years ago be significant today, you ask?

Well for one, this isn’t just any band, this is The Beatles–the most important rock and roll band ever. Second, “Get Back” sets the record straight about the history of The Beatles.

The original film (released in 1970 and directed by Michael Lindsay-Hogg) showed a rather gloomy take about a group of people on the brink of disintegration. Peter Jackson’s version however finds The Beatles telling their own tale. And it’s a joyful story about a group of best mates who have been through the most unique experience together. It showed that John, Paul, George and Ringo rather enjoyed each other’s company, and yes, while there were tense moments (like George nonchalantly saying he’s quitting the band), there were actual moments in “Get Back” that disprove The Beatles’ contentious history during this time.

Third, “Get Back” showed The Beatles at work, which is a golden fly-in-the-wall opportunity for fans to look into the creative workings of the greatest band ever. There was that moment, where Paul seemingly just plucked the song “Get Back” out of thin air, as George and Ringo listened intently and eventually locked in and played along.

There was John suggesting bits of songwriting advice to George which the latter gladly took and added (to his songs “Something” and “All Things Must Pass”), and George not taking credit as he helped Ringo flesh out “Octopus’ Garden.” And dozens of wholesome, illuminating and even hilarious scenes between Lennon, McCartney, Harrison, Starr and the people that surrounded their orbit at the time. I for one saw the film in the early part of 2022 and was completely blown away by it.

“The fandoms of Pinoy pop.”

2022 is the year that Pinoy pop acts and their fandom proved that one cannot exist without the other. I mean what would these pop idols be without their followers? We all know about the ‘armies’ and ‘true believers’ and what-nots, but 2022 was a coming out year for Pinoy pop music fans. They’re the ones behind SB19, BGYO and ALAMAT and all other solo or pop groups here in our little corner of pop music.

ALAMAT’s fandom the ‘Magiliws’ for one, have been ingesting every little bit of music, merch and posting about their chosen group. The Magiliws are just the ones we’ve been privy to witness. The bigger the P-pop group means the bigger the fandom. And it’s just encouraging to see that music fans are rallying behind not just P-pop groups and singers, but the Ben&Ben’s, Zack Tabudlo, Arthur Nery and Adie’s of the local scene as well. God bless these Pinoy music fans!

The sudden passing of Taylor Hawkins shocked the world of rock. He was the epitome of the cool rockstar. A blonde bundle of energy behind the drum riser of one of the most beloved rock and roll bands today. I caught myself reacting rather emphatically the moment I read the headline of his passing. But more than that, I was more worried for the future of one of the main torch bearers for rock and roll today. Amidst the deluge of pop, rap and everything in between, the Foo Fighters is a steady figure of rock of which Hawkins drove and shaped the beat. He was a rockstar because he loved rock and roll and everything about it.

The subsequent tribute to him, organized by Dave Grohl, the remaining members of the Foo Fighters and Taylor Hawkins’ family was a touching moment given the context. But it also went on to become one of the biggest rock events of the year and will go down as one of the greatest rock tributes ever. Over two separate nights, one in London and the other in Los Angeles, rock music stars got together for the music that Taylor loved and the love they have for Taylor. It was also encouraging to see that Taylor got to pass on his musical skills to his son Shane Hawkins. And that if push comes to shove, Dave Grohl has a drummer (and the dozens that paid tribute to Taylor) to call on should he need to keep the Foo Fighters going.

OC Records, the music outfit headed by Kean Cipriano and Chynna Ortaleza (and staffed by young individualistic music leaning people) is just three years old more or less, but has proven that you don’t need to be a decades-old music label to make a mark in the local music scene. With their signed acts surging and contributing on a scene that desperately needs new. There’s Adie of “Paraluman” fame, MRLD with her left-of-center approach to pop, and promising music act songwriter-producer Keneniah each contributing to OC’s value as a record label. There’s more of course, Frizzle Anne, Earl Generao, Chrstn, Cean Jr., Pappel, Eugene Layug, Garage Morning and many others contributing, OC Records is more into thrusting forward a certain sound and aesthetic than trying to compete with what qualifies as Pinoy pop today. And therein lies OC’s success.

Happy Holidays to one and all! Cheers and here’s to more music in 2023! 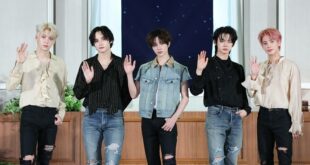 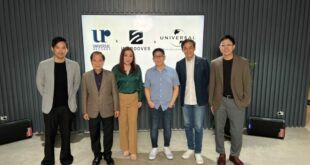 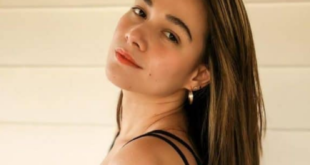 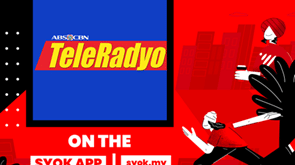 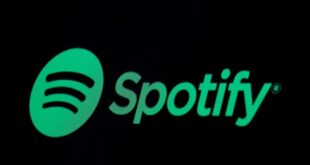