Breaking News
Home / US & World / How does Canada’s bail system actually work? And where does it fall short?

How does Canada’s bail system actually work? And where does it fall short?

Share
The head of Canada’s largest provincial police force strongly criticized the country’s bail system in the wake of an on-duty officer’s shooting death, drawing attention to a legal practice that is frequently misunderstood and beset with inequity.

Accused people have a right to bail, but there are long-standing disparities in system

The head of Canada's largest provincial police force strongly criticized the country's bail system in the wake of an on-duty officer's shooting death — drawing attention to a legal practice that is frequently misunderstood and beset with inequity.

Ontario Provincial Police Commissioner Thomas Carrique said he was "outraged" that Randall McKenzie, who has been charged with first-degree murder in the fatal shooting of Const. Grzegorz Pierzchala on Dec. 27, was out on early bail and had a lifetime ban from owning a firearm.

Carrique called for changes to the bail system "to ensure that, where possible, people who are charged with violent offences that are firearms-related are not in those positions moving forward."

But many legal and justice experts say calls for stricter rules around bail miss the bigger picture of structural issues in the justice system.

"Those problems are complex and deep and have very little to do with that moment at the beginning of the period of what could be somebody's incarceration while they wait for a trial or in order to enter a guilty plea," says Métis lawyer Patricia Barkaskas, an assistant professor with the University of Victoria's faculty of law.

Here is a look at how bail works in this country, what issues exist within it and how it factors into the Canadian justice system.

Why does Canada have a bail system?

Under the law, a person accused of a crime is presumed innocent until they are proven guilty. Granting them bail means they can remain out of jail while their case moves through the justice system — a process that can take many months.

Canada's bail system is based on English common law, dating back hundreds of years. To stop prisoners escaping from jails and reduce the cost of incarceration, English courts began granting accused people bail, as long as certain conditions were met.

Much of that same system remains in place in Canada today. Under the Criminal Code, a person has the right to a bail hearing within 24 hours of their arrest if a judge or justice of the peace is available, or as soon as possible once someone become available.

If they are denied bail, they will remain in custody. The financial cost of keeping an accused person in jail is far greater than the cost of supervising them in the community while they await trial.

What are the criteria for getting bail?

Under the Charter of Rights and Freedoms, accused people in Canada have the right to bail unless there is a very compelling reason to keep them in custody.

It's up to police and prosecutors to make the case against granting bail, although murder and certain other offences have a "reverse onus," meaning the accused has to convince the court to release them.

"I've been at many bail hearings in my career, and they are always a challenge to bring to light to the judge the reasons why somebody's liberty should not be taken away from them for the period of time in which they are supposed to be presumed innocent in our system," Barkaskas said.

WATCH | Is Canada's bail system in need of changes?:

A man charged in the shooting death of an Ontario Provincial Police officer had been released on bail while facing charges including assaulting a police officer and possessing a handgun.

Bill C-75, passed in 2019, included an amendment to the Criminal Code to introduce that reverse onus for repeat offenders charged with an offence against an intimate partner.

The burden of proof for obtaining bail is also on the accused for certain firearms offences, said federal Justice Minister David Lametti, as he reacted to the fatal shooting of the OPP officer.

"It is important to note that the bail laws are clear that detention of an accused person is justified if it is necessary to protect the safety of the public," Lametti said.

Often, an accused will need a surety — a person who will promise to supervise their behaviour, and who will pay a certain amount of money if the accused breaches their bail conditions.

Bail conditions can include orders not to contact certain people, such as a co-accused or an alleged victim, as well as curfews, restrictions on places they can go and a requirement they not use alcohol or drugs.

The Criminal Code lists three justifications for keeping a person accused of a crime in custody: It's necessary for ensuring the accused attends court or for keeping the public safe — or to "maintain confidence in the administration of justice."

On that latter point, a judge or justice of the peace can consider the seriousness of the alleged offence and the length of imprisonment it carries, as well as whether a firearm was involved and the "apparent strength" of the prosecution's case.

Some of the reasons why bail might be denied include:

How many people are in jail because they were denied bail?

Many people in Canada's jails are "legally innocent" — that is, awaiting a bail hearing or trial and likely to be released once their court cases are finalized, said Anthony Doob, professor emeritus at the University of Toronto's Centre for Criminology and Sociolegal Studies.

In 2020, the most recent year for which data is available, about 77 per cent of people in Ontario's jails were in custody awaiting trial.

"We are not a lenient country, in terms of who we hold in jail awaiting trial," Doob told CBC News in an email.

"It is always easy, in retrospect, to suggest that certain accused people should have been held in prison awaiting trial. But it is very difficult to predict which ones we should imprison before trial."

What reforms are police proposing?

Following a number of Supreme Court of Canada decisions on cases involving unreasonable denials of bail, Bill C-75 clarified bail provisions to emphasize that a person accused of a crime should be released at the earliest opportunity, with the least onerous considerations, where it was possible to do so.

"One of the things that I would like to see is a legislative bill reform that perhaps gives more weight to those that we might deem as chronic offenders, those that have demonstrated a repeated pattern of violent behaviour or behaviour with firearms," said Winnipeg police Chief Danny Smyth, president of the Canadian Association of Chiefs of Police (CACP).

Exactly who would qualify as a chronic offender has yet to be defined.

"It would be based on a threshold number of offences committed over a distinct period of time," Smyth said.

Peel Regional Police Chief Nishan Duraiappah, who is president of the Ontario Association of Chiefs of Police (OACP), said the proposed change would apply to "a small percentage" of high-risk offenders.

"It's a very, very specific and narrow laneway that we're talking about…. There's an opportunity to be more conservative about some of those [bail] decisions," he said.

Both the CACP and OACP are calling for discussions about the proposed change with governments, police and others working in the justice system.

What inequities exist in the current system?

There are long-standing disparities between who gets bail in Canada and who stays behind bars.

Indigenous people are denied bail more often than others, while Black people in Ontario spent longer in custody than white people did while awaiting trial on the same offences, Reuters reported in 2017.

Many other marginalized groups — including people with mental health issues or substance use disorders, LGBTQ+ people, new immigrants and the less wealthy — can all also face discrimination in the bail system, said Jillian Rogin, an assistant professor in the faculty of law at the University of Windsor, in Windsor, Ont.

A key part of the problem, she said, is the main information that courts rely on at bail hearings: a police synopsis of the alleged crime and the accused's criminal record, if they have one.

"It's really problematic because this is state evidence created for state purposes, and then the state relies on it to determine release or detention."

What happens if someone violates their bail?

A person who fails to abide by their bail conditions can have their bail cancelled. They may have to go back to court for a new bail hearing and prove why they should be allowed to remain outside of custody. A bail breach can make it harder for that person to get bail in the future.

However, experts point out that most bail violations don't involve the accused committing a substantive crime.

Federal government research highlights the problem of "onerous" bail conditions, such as when a person with an alcohol addiction is ordered not to drink alcohol.

"It's really rare that someone will be on bail and they'll go out and, you know, commit a murder," said Danardo Jones, an assistant professor in the law faculty at the University of Windsor.

"[Those cases] get people kind of whipped up in a frenzy to think, 'Oh my God, we are not safe, this person should have been behind bars.' But most breach of bail charges are usually someone breaching a condition of that bail, and a lot of time the bail itself sets the person up to fail."

Laura McQuillan is an online journalist with CBC News in Toronto. She covers general news, social issues and science and has a special interest in finding unexpected answers to unusual questions. Laura previously reported from New Zealand and Brazil. 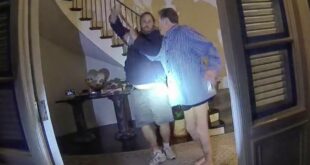 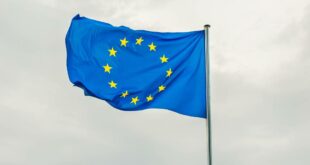 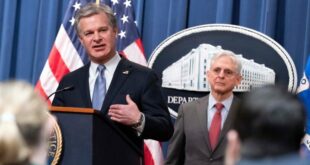 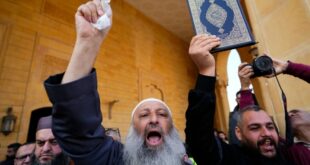 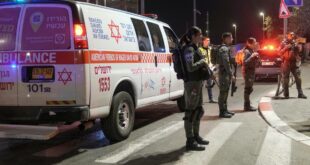 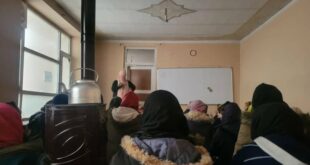