Breaking News
Home / Sportscope / SMB’s Fajardo vows to give all

SMB’s Fajardo vows to give all 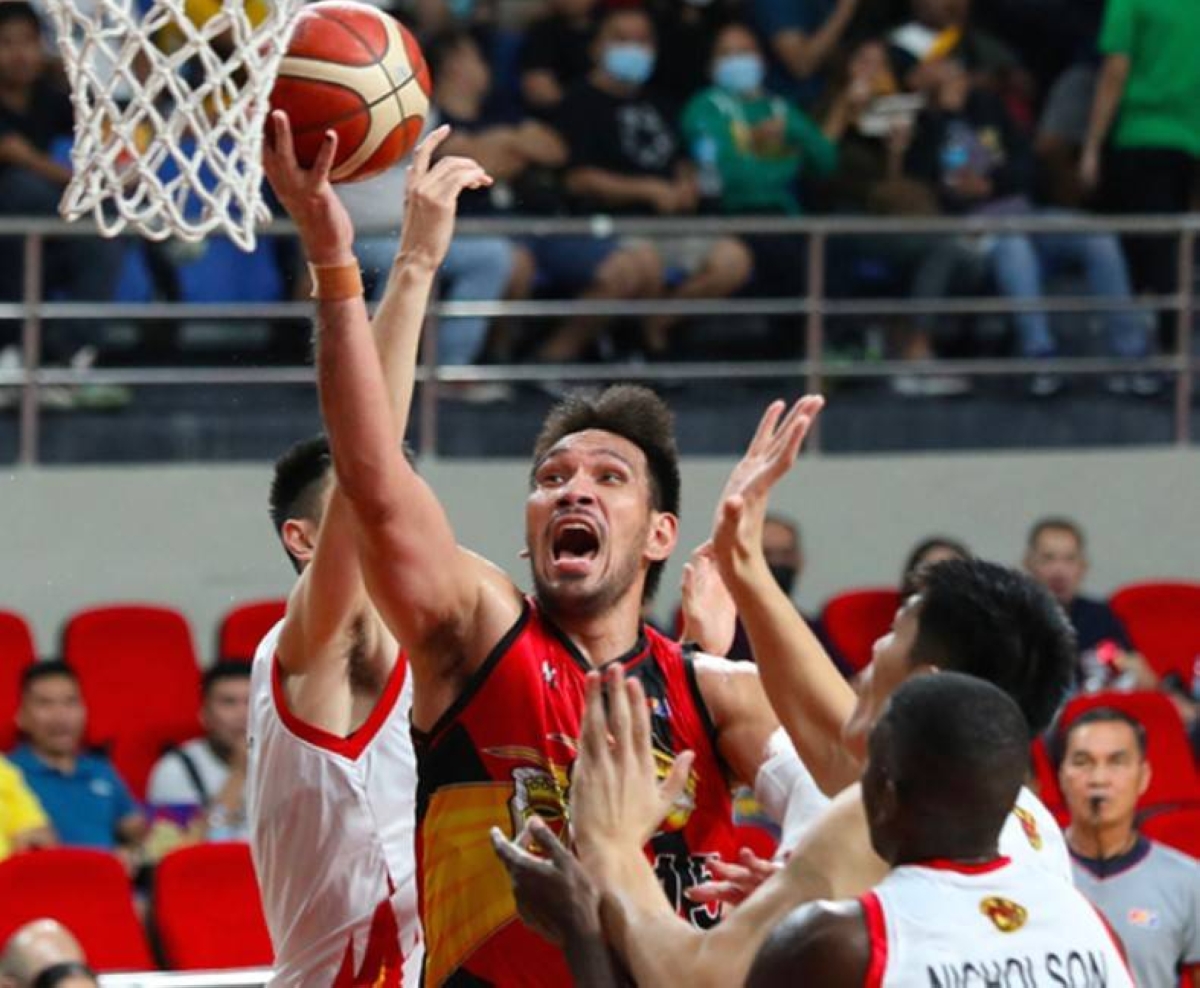 San Miguel Beer’s June Mar Fajardo goes up for a layup against Bay Area defenders during Game 3 of the 2022-23 PBA Commissioner’s Cup semifinal series on Sunday, Dec. 18, 2022, at the PhilSports Arena in Pasig. PBA PHOTO

AS far as San Miguel Beer center June Mar Fajardo is concerned, the team that wants it more will win the 2022-23 PBA Commissioner's Cup semifinal series and advance to the Finals.

For the past two games of the series, Fajardo has shown how badly he wanted to win, especially since San Miguel faces a tough Final Four adversary in top seed Bay Area.

No wonder, the 33-year-old Cebuano slotman has come up with import-like performances in the semis as he battled Bay Area's solid front court led by Canadian reinforcement Andrew Nicholson and 7-foot-5 Chinese giant Chuanxing Liu.

The six-time league Most Valuable Player averaged 28 points, 13 rebounds and 1.5 blocks in 40 minutes of action the last two games to lead the Beermen's charge.

While his 35-point effort went down the drain in the Beermen's 114-95 beating at the hands of the Dragons to trail 0-2 in the series, Fajardo came back with a vengeance after logging in 21 points and hauling down 16 rebounds to help San Miguel hack out a 98-96 win in Game 3.

It didn't matter if Fajardo had to go through a rigorous physical battle against the Dragons' solid front court, so long as he helps the Beermen win the series.

SMB is not out of the woods yet since Bay Area can close the series with a win in Game Four, which is why Fajardo remains laser focused as he tries to get the job done.