Breaking News
Home / Around Canada / A house was sold without the owners’ consent. Here’s how to protect yourself

A house was sold without the owners’ consent. Here’s how to protect yourself

Share
Title fraud involves stealing a homeowner’s identity to refinance or sell home without them knowing. Toronto police are investigating a case of it — and that’s not the only one. But experts say there are ways to help prevent it.

Title fraud involves stealing a homeowner’s identity to refinance or sell home without them knowing.

Recent news stories have highlighted the dangers of real-estate title fraud, which take place when fraudsters or scam artists steal ownership of a home in order to benefit from its value.

Yesterday, CBC News reported on a Toronto family that was able to thwart an attempted scam where someone used fake identification to pose as the 95-year-old homeowner and convinced real estate agents to list the home for sale without the family’s knowledge or permission.

The case resembles an ongoing Toronto police investigation, in which police say two homeowners left Canada for work in January 2022 only to learn months later that their property had been sold without their knowledge by people using fake identification.

So, what is title fraud and how can you prevent it from happening?

What is title fraud?

Title fraud takes place when a person uses fake identification or forged documents to steal the identity of a homeowner and take away their “title,” or legal ownership of a property.

Once fraudsters have their hands on a property’s title, they can re-mortgage it, sell it to an unsuspecting buyer, or extract value from it in some other way and make away with the proceeds.

Homeowners often don’t learn about what’s happened until they receive notice of missed payments or they try to sell, title insurance company First Canadian Title (FCT) says on its website.

It can take considerable time, money and effort to deal with having to restore your title and/or remove any fraudulently registered mortgages.

Victims of title fraud lose the right to mortgage their home, can no longer leverage the equity and can’t sell the property until they re-establish their title rights through the courts, according to FCT.

“It can take considerable time, money and effort to deal with having to restore your title and/or remove any fraudulently registered mortgages,” FCT writes on its website.

Morris Cooper, a civil litigation lawyer in Toronto who successfully argued a landmark case in 2006 that shifted the responsibility for title fraud from victims to lending institutions, said seniors and people who rent out their homes to tenants can be at a high risk of title fraud.

But homeowners can take steps to protect themselves.

Take steps to protect your identity

Stealing a person’s identity is often the first step in title fraud.

Government-issued identity documents, including driver’s licences, passports, birth certificates, social insurance number (SIN) cards and citizenship cards, can all be used to apply for mortgages or to take steps to buy or sell a home.

For more information on how to prevent identity theft, visit the following links:

Title insurance is an insurance policy that protects property owners and their lenders against losses related to the property’s title or ownership, including from title fraud, according to the Financial Services Regulatory Authority of Ontario (FSRAO).

While it can’t prevent you from becoming a victim of fraud, it is the single most important thing to mitigate its consequences.

“Title insurance will step in and save you in a situation like this,” said Varun Sriskana, a realtor, property manager and housing advocate based in Toronto. “It protects you in case someone defrauds you.”

Title insurance can cover legal expenses incurred by homeowners seeking to restore their right to their property’s title, according to FCT.

It protects homeowners from fraudulent claims on their property and pays for legal expenses to re-establish the homeowner’s title rights.

If a buyer unwittingly buys a home that’s been fraudulently listed, the insurance should also protect them. In cases like that, the true owner will likely get their home back and the unwitting buyer will get their money back.

Know who you’re dealing with

People on both sides of a real-estate transaction should make sure they’re comfortable with the identity of the person on the other side of the deal, said Stephen Moranis, past president of the Toronto Regional Real Estate Board.

“Either side should be very, very careful to verify and ensure that the other party they’re dealing with is actually in a position, a legal position, to either lease or or sell the property that they’re considering,” said Moranis.

Murtaza Haider, a professor of data science and real estate management at Toronto Metropolitan University, said he spoke to neighbours the last time he was looking to purchase a home, asking them about the property and the current owners in a search for potential red flags.

Homeowners who rent their homes to tenants could be at a higher risk of fraud because the tenants have physical access to the home.

Haider said homeowners can also search for their property online from time to time to see if it’s being inappropriately listed for sale or on a rental website like AirBnB.

“It’s always good to be checking the address, checking it at various locations on the internet to see your property is being used for for the intended use,” Haider said.

Landlords should also rely on banking information, rather than cash payments, as that adds another layer of due diligence, Haider said.

The Ontario government also provides a free, online tool that allows any member of the public to check the validity and current status of a driver’s licence. Driver’s licence numbers that come up as invalid could be a red flag. 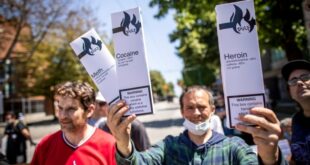 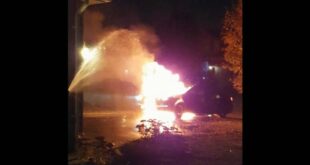 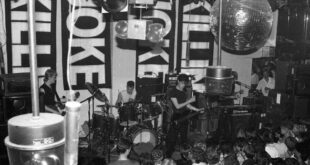 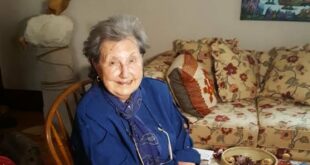 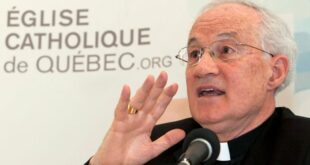