As Putin tries to grow his army, a new Russian soldier recounts horror of Makiivka attack

Share
A newly mobilized Russian soldier spoke to CBC News about the aftermath of the Makiivka strike at a time when Ukraine believes Russia will launch a second round of mobilization.

Russian officials say 89 soldiers were killed, but a witness tells CBC the death toll is higher.

On New Year’s Day, when at least four HIMARS rockets slammed into a school building in Eastern Ukraine housing hundreds of newly drafted Russian soldiers, it was another group of newly mobilized young men stationed nearby who got the call to help with the grim task of digging through the rubble and remains.

One Russian soldier told CBC News that he and others in his group were ordered to search for the severely injured and the dead, but sometimes found only body parts.

“I can’t even describe to you what I saw.”

The soldier, who CBC News agreed not to name for his personal safety, first spoke to online Russian news site Verstka about what he believes is Russia’s attempt to cover up how many died in the attack in Makiivka, Ukraine.

Russian officials say 89 were killed, including the regiment’s deputy commander. Ukraine has said it believes the true toll is likely 400.

“There is not just war here,” the young man said. “But an information war. ”

The deadly attack comes as Russia is nearly a year into its war on Ukraine and has announced plans to beef up its military by adding hundreds of thousands of troops.

While a timeline for that move is unclear, Russian officials have signalled that the country will soon raise the upper age limit for conscription. They insist that Russia isn’t about to embark on another unpopular round of mobilization, even as Ukrainian officials speculate that an announcement could come any day.

The soldier, stationed near Makiivka, messaged CBC News over the course of a week and expressed confusion, stress and mistrust of his commanders, who he accused of frequently being drunk.

He said they would frequently ask the soldiers for money, saying it was needed for important equipment.

The soldier said he has only been in Ukraine for six weeks, and was drafted outside his home in the Russian republic of Bashkortostan, which lies more than 1,200 kilometres east of Moscow. In order to help verify his story, he shared a copy of his identity documents and draft papers.

He says he regrets not immediately heading for the border like the hundreds of thousands of other Russian men who flocked to Georgia, Finland and Kazakhstan in an effort to escape the draft.

The soldier doesn’t have an international passport and has a wife and young daughter at home.

At the beginning of the conversation, the soldier sounded defiant and spoke about how he would rather be sent to jail than to the front. But days later, his tone was more resigned, and he spoke about the potential consequences of deserting.

“There are many of us who do not want to fight, including me, but we do not know what to do, he wrote.

On Jan. 4, when Russian Lt.-Gen. Sergei Sevryukov announced that 89 soldiers had been killed in the rocket strike, he blamed the soldiers themselves for inadvertently giving away their location by using their cell phones, which Sevryukov said was banned.

The soldier described that accusation as “bullshit,” saying his peers and commanders frequently used their phones with local SIMs to call home. While they were told not to use them, he understood that was because they didn’t want them taking any photos or posting videos complaining about the conditions.

Russia’s Defence Ministry said on Wednesday that 89 service members were killed in the Ukrainian attack on Makiivka in the Russian-controlled part of the Donetsk region. Moscow said the main cause of the attack was unauthorized use of mobile phones by its troops.

In recent months, videos have been posted to social media platforms of newly drafted soldiers showing off their inadequate equipment and lack of training.

After weeks of controversy around the country’s “partial mobilization” campaign, Russia’s Defence Minister Sergei Shoigu announced on Oct. 28, that 300,000 had been called up and mobilization was over.

But there was never an official decree, and some say there are reports of men continuing to receive draft papers ordering them to report to an enlistment office.

“Mobilization is still underway,” said Boris Bondarev, a former diplomat who quit his post at Russia’s UN mission in Geneva last May in protest over what he called Russia’s “aggressive war.”

He dismissed speculation by Ukrainian officials who have stated that they believe the Russian government will start calling men up en masse starting in mid-January. He says he doesn’t think the government needs to announce a new round of mobilization because the defence ministry can just continue drafting people on a “daily basis,” particularly from Russia’s remote, poorer regions.

“Russia has one great advantage over Ukraine and over the West,” Bondarev told CBC during a zoom interview from Geneva.

The last time Russia’s defence minister publicly acknowledged the number of soldiers killed in Ukraine was early last fall, when he said nearly 6,000 had died.

Ukraine and Western officials believe that is a dramatic under-estimate.

Bondarev says the Kremlin believes it can weather any loss of life because it has framed the war as an “existential” fight. He says his 75-year-old father, who has disowned him because of his anti-war stance, strongly supports what Russia still calls its “special military operation.”

His father went down to the draft office in the fall because he wanted to sign up to fight in Ukraine, Bondarev said, but he was turned away because of his age.

This week, the chairman of Russia’s parliamentary defence committee said that the country could raise the upper age limit for conscription from 27 to 30 ahead of this year’s spring draft. He said there is also a plan to raise the lower age limit from 18 to 21, but that change might not happen for another three years.

Ekaterina Schulmann, a Russian political scientist who is currently a fellow with the Berlin-based Robert Bosch Academy, says she believes there will be increasing pressure on conscripts to sign military contracts and make up the force that will be sent into Ukraine.

She says this “hidden kind of mobilization” will be the most likely way for the military to compensate for the ongoing losses and keep sending men to the front.

Schulmann says she believes the Russian government will do everything it can to avoid what happened in the fall when hundreds of thousands of men fled Russia to escape the draft, and there were what she describes as “rocketing levels of anxiety” throughout the country.

Back in Eastern Ukraine, the soldier who spoke with CBC News said he and his group were waiting for orders to be sent to the front.

Whenever he hears bombing, he says he tries to run and hide. He wants to raise his daughter and live a normal life, he said, instead of “rotting away” for an unclear reason.

“Right now I feel like a live corpse,” he said. “I have no feelings. ”

with files from Reuters

2023-01-16
AtinitoAdmin
Share
Previous Janella Salvador mourns death of beloved pet cat
Next IN PICTURES: 12 Filipino beauty queens who made it to the semifinals of Miss Universe 2010-2021 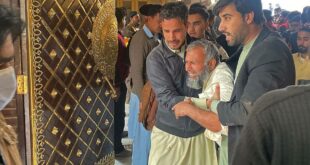 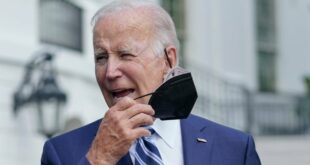 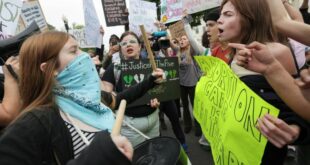 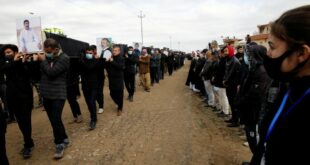 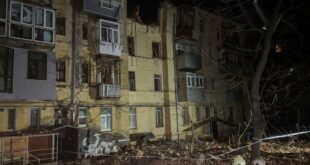 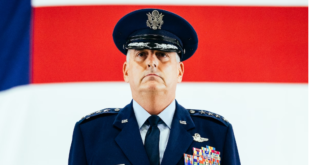 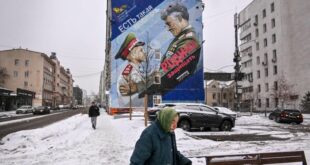