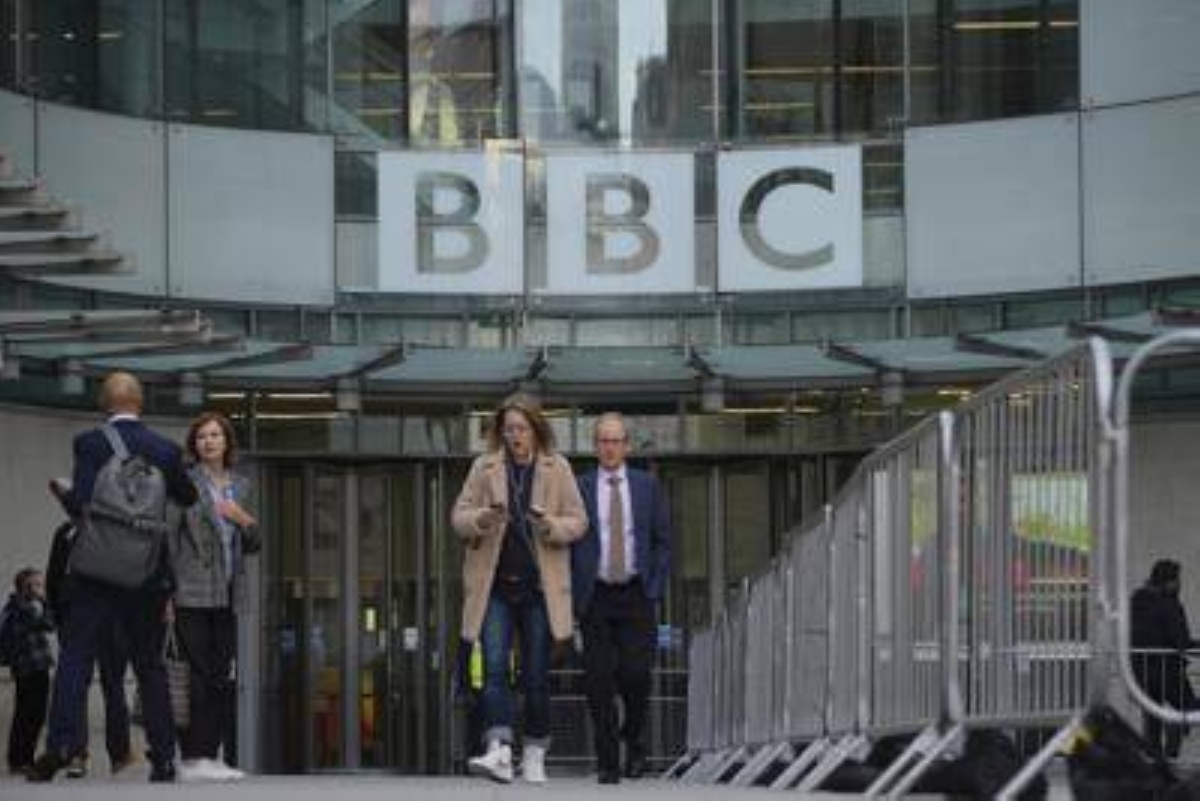 People walk outside the BBC Headquarters in London, Tuesday, Oct. 18, 2022 as the BBC is celebrating 100 years of broadcasting. The corporation marks its centenary Tuesday, a century on from when it was founded in 1922 under its original name, The British Broadcasting Company. (AP Photo/Kin Cheung)

LONDON: The BBC has apologized after pornographic noises were played on air during the broadcaster's live coverage of an FA Cup match, apparently via a mobile phone that a prankster had hidden in the studio.

The noises interrupted the coverage presented by former England striker Gary Lineker before the match between Wolverhampton and Liverpool at Molineux Stadium on Tuesday.

Lineker later posted on Twitter a picture of a cell phone that he said was “taped to the back of the set” inside the stadium.

“As sabotage goes it was quite amusing,” Lineker said.

The BBC appeared to be less amused, and issued a statement saying: “We apologize to any viewers offended during the live coverage of the football this evening.”

A self-ascribed YouTube prankster, who calls himself “Jarvo,” tweeted that he was behind the stunt, and posted a video showing him calling the phone to activate the sounds.

Jarvo, whose real name is Daniel Jarvis, was banned in October from all sporting events in England and Wales for two years after running onto the pitch during a cricket test match between England and India in September 2021 and barging into England batter Jonny Bairstow.