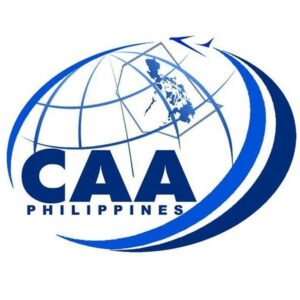 More than 20 provincial airports have resumed normal operations, two days after a power failure and a technical glitch wrought havoc at the Ninoy Aquino International Airport (NAIA), the Civil Aviation Authority of the Philippines said Tuesday.

“Recovery flights from diverted and delayed flights in these airports have been successfully dispatched to their location and mounted by the airlines on a case-to-case basis,” said CAAP spokesperson Eric Apolonio in a statement.

Meanwhile, other passengers have been re-booked to other scheduled flights with the assistance of their airlines.

Apolonio said the agency has been working on resuming normal operations and providing assistance to passengers affected by delayed flights for the past two days.

The CAAP apologized for the inconvenience caused by the disruption of services and said it appreciated the patience and understanding of the affected passengers.

“CAAP is committed to ensuring the safety and efficiency of its operations and will continue to quickly work towards correcting and improving the air travel experience in the Philippines,” Apolonio said.

The CAAP said that while the country’s air traffic system was “not completely obsolete,” upgrades are necessary after a technical glitch forced the cancellation of hundreds of flights in and out of Manila.

Transportation Secretary Jaime Bautista earlier said the air traffic management center, which controls inbound and outbound flights at the Ninoy Aquino International Airport (NAIA), “went down” due to a power outage that resulted in the loss of communication, radio, radar and internet.

Some 56,000 passengers were stranded on Sunday due to the incident.

Operations may return to normal in three or four days, the company said.

PAL spokesperson Cielo Villaluna said there would be no more flight cancellations on Tuesday.

Also on Tuesday, Kabayan Rep. Ron Salo called on the Department of Migrant Workers (DMW) to take the necessary actions to protect the welfare and employment of Filipino overseas workers.

“I am urgently calling on the DMW to give our OFWs the necessary protection from termination or sanction, and reassure them that their jobs are safe and that they don’t need to worry. Our OFWs should not be the ones to suffer because of this disruption,” Salo, chairman of the House committee on overseas workers affairs said.

Salo also appealed to other agencies of the government to ensure that the needs of Filipino overseas workers and other passengers are necessarily provided for while they are stranded in our airports.”

2023-01-04
AtinitoAdmin
Share
Previous Some Chinese travelers positive for COVID, placed in isolation
Next All systems go for Black Nazarene feast