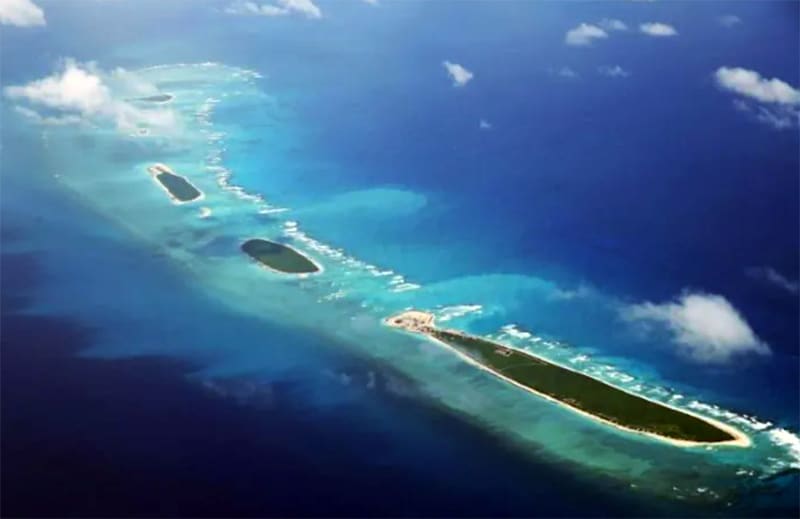 Weeks after the Philippines reached an “agreement” with China, the Chinese Coast Guard (CCG) allegedly drove off Filipino fisherfolk from the Ayungin Shoal, part of the country’s exclusive economic zone (EEZ), with the Philippine Coast Guard (PCG) saying Friday they would speak with the locals involved in the incident to get a “clear picture” of what transpired.

In a television report by Ian Cruz on GMA News’ “24 Oras,” a video showed a CCG vessel 5204 and a speed boat allegedly driving the fishermen away.

The Ayungin Shoal is some 100 nautical miles off Palawan but is likewise near Mischief Reef, an area in the West Philippine Sea (WPS) reportedly occupied by China.

The PCG said the fisherfolk’s statements will be forwarded to the National Task Force-West Philippine Sea and the Department of Foreign Affairs (DFA) in case the country would file a diplomatic protest.

“It was wrong to drive them away. We will try to inquire further. Afterward, that is when we will give a conclusive statement on what happened,” said PCG Spokesperson Commodore Armand Balilo.

PCG Commandant Admiral Artemio Abu has already given instructions on the parameters of their interview with the fishermen, Balilo said, “but of course, we will seek guidance from the DFA.”

Owing to the natural resources at Ayungin, Balilo said military vessels and PCG units, including around the grounded ship BRP Sierra Madre, were stationed in the area to ensure security.

“Our BRP Teresa Magbanua (MRRV-9701) is there, and we have several 44-meter vessels on patrol. But you do know it’s a large area and we can’t always be around to protect the fishermen,” Balilo added.

On Monday, President Ferdinand Marcos Jr. said he had an agreement with Chinese President Xi Jinping that China would allow Filipino fisherfolk to continue with their work in the highly contested waters.

This comes weeks after Mr. Marcos said that Xi, during a bilateral meeting in Beijing, had “promised that we would find a compromise and find a solution that will be beneficial so that our fishermen might be able to fish again in their natural fishing grounds.”

“It’s really an agreement. China will not stop our fishermen from fishing,” said Mr. Marcos in Davos, Switzerland, where he is attending the five-day World Economic Forum.

2023-01-21
AtinitoAdmin
Share
Previous Between US and China: PH walks a fine line—PBBM
Next Dismissal of Ressa’s tax evasion charges‘a victory for press freedom’ in PH — CHR