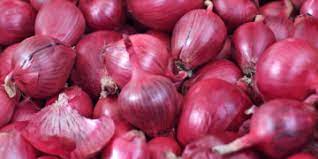 The Office of the Ombudsman on Tuesday said it would investigate officials of the Department of Agriculture (DA) and the Food Terminal Inc. (FTI) for buying onions worth around P500 per kilo even as a lawmaker called for a congressional inquiry into the alleged cartel behind the scarcity and high prices of onions.

The Ombudsman said it would investigate the DA and the FTI’s procurement of onions worth P537 per kilo from the Bonena Multipurpose Cooperative.

Ombudsman Samuel Martires said he will send notices to DA and FTI officials, who will be made to explain why they bought onions at that price when the commodity is sold in Kadiwa stores at P170 per kilo.

Meanwhile, in a resolution, Marikina Rep. Stella Luz Quimbo urged the House committees on economic affairs and trade and industry to conduct an inquiry, in aid of legislation, to assess reports of hoarding, price manipulation, smuggling and the presence of a cartel in the Department of Agriculture that Quimbo invoked Section 49 of the Philippine Competition Act (RA 10667) which asserts the power of the congressional oversight committee on competition to conduct the House probe as the special committee composed of chairpersons of several related committees.

The COCC, whose members also include senators, “oversees the implementation” of the PCA.

“Congress has to exercise its oversight functions on the PCC, which is expected to effectively perform its mandate to investigate and prosecute anti-competitive practices in the market for onions, considering the continuous rise in the price of onions,” Quimbo said.

PCC or the Philippine Competition Commission is an independent body whose function is to implement the PCA, It is the “main authority on competition-related matters in the country” that prohibits monopolistic practices.

Quimbo, the senior vice chairperson of the House committee on appropriations, said she was prompted to file the resolution in light of the 5.8 percent full-year headline inflation for 2022, where food inflation soared from 1.6 percent in January to 10.6 percent last December.

The inquiry is also prompted by the series of seizures of millions of pesos worth of onions by the DA’s Bureau of Plant Industry starting in mid-2022 until December.

On Monday, Senator Cynthia Villar said a cartel could be behind the high prices of onions in local markets, citing a 2013 investigation that showed that there is an onion cartel that has “complete control” over the supply in the country.

Meanwhile, Senator Sherwin Gatchalian called for the creation of a task force to stop rampant smuggling and hoarding of agricultural products.

He said the task force should be headed by the DA and should involve the National Bureau of Investigation (NBI).

“Obviously, there is a shortfall in supply of onions, but prices continue to climb even with the entry of additional supply in the market,” Gatchalian said.

He surmised that certain groups or individuals may be hoarding onions to push their price even higher.

Also on Tuesday, President Ferdinand Marcos Jr. ordered the phytosanitary inspection of smuggled onions to ensure their safety before being released onto the market.

“Since we found many smuggled onions, I wanted these onions to be sold in the market but unfortunately, we do not know the source of these onions. So they all have to be inspected. Not just,” Marcos said.

Some of the confiscated onions were unfit for human consumption based on previous inspections, the President said, adding that the cost of inspection is 5,000 per kilo, which is much higher than the value of the onion.

“So that’s our quandary.. We are trying to negotiate with third parties to do the inspection. But right now we are still reviewing all of that,” Mr. Marcos said.

“They really have to be very safe because just one batch that slipped out, many would get sick. So that’s the situation there,” he said.

The Bureau of Customs (BOC) earlier said it is hoping to donate the remaining shipments of seized agricultural products, including onions, to Kadiwa stores.

BoC Commissioner Yogi Filemon Ruiz, in a press conference on Dec. 28, said more than 500 container vans of smuggled agricultural items are still at the ports where they were confiscated.

The government launched the Kadiwa program to allow the public to buy agricultural products at cheaper prices amid the rising costs of basic goods.

At the same time, the DA said it has approved the importation of 21,060 metric tons of onions, a move that farmers opposed.

DA Deputy Spokesperson Rex Estoperez said they considered the volume and the timing of the importation based on the expected harvests of onion growers.

Onion harvests can peak between mid-February and May, he said. The imports should arrive by Jan. 27 or until the first week of February, and is lower than the 22,000 initially recommended.

“We should not fall into that trap,” he said.

He emphasized the move could hurt the income and business of local farmers who are about to harvest locally-produced onions.

“The DA should no longer import onion. There is no need to import onions since it’s harvest season already,” he added.

A group of farmers, meanwhile, called for the reinstatement of the Price and Volume Watch, a multisectoral representation of producers, traders, importers and the government tasked to monitor, assess and give factual on ground reports on the country’s basic agricultural produce.

“These sectors should be talking to one another. They should be in constant consultation to avoid insufficiency problems and prevent price surges. The group will ensure that there will be enough supply of basic agricultural produce year in and year out,” he said.