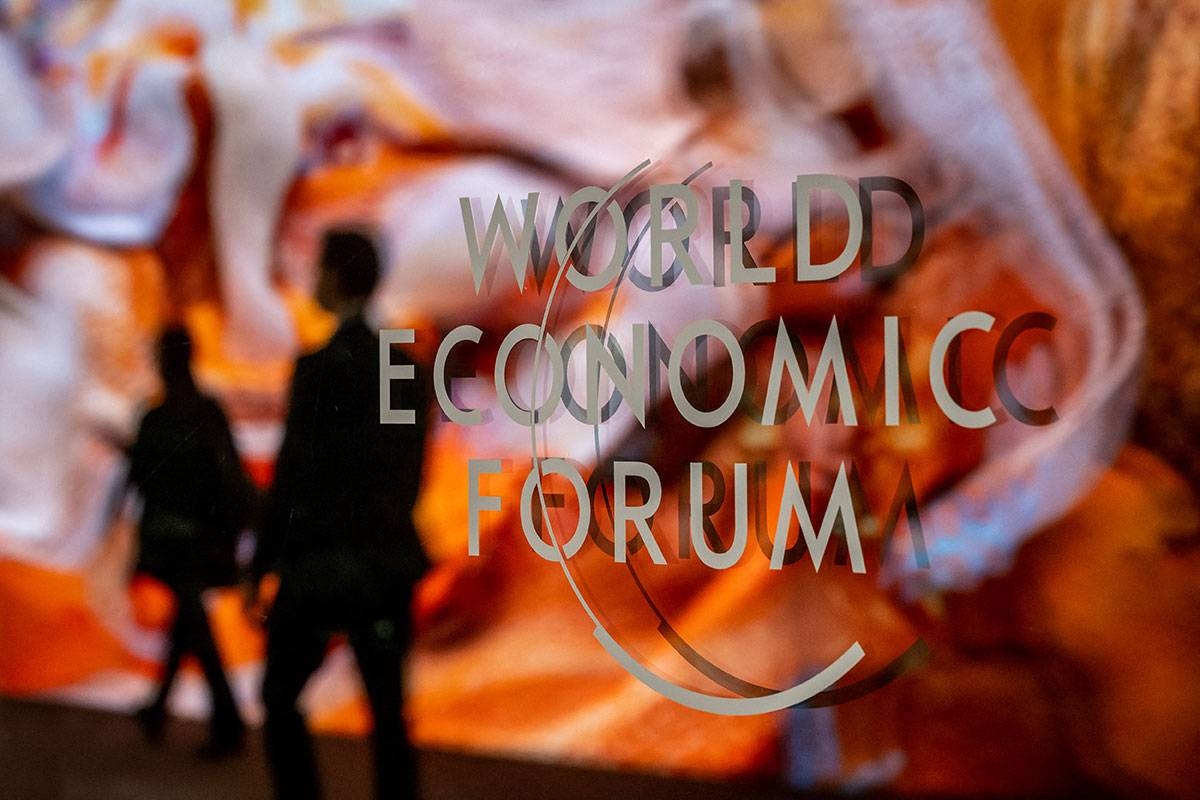 A photograph shows a sign of the World Economic Forum (WEF) at the Congress centre on the opening day of the World Economic Forum (WEF) annual meeting in Davos on January 16, 2023. The world’s political and business elites gather for the annual Davos summit to promote “cooperation in a fragmented world”, with war in Ukraine, the climate crisis and global trade tensions high on the agenda. Fabrice COFFRINI / AFP

IN remarks during a luncheon on the sidelines of the World Economic Forum in Davos, Switzerland, on Tuesday, President Ferdinand “Bongbong” Marcos Jr. said countries in the Asia-Pacific region should reject a “Cold War” mentality to enhance stability and prosperity in the region. Just as in the old days when countries in the Asia-Pacific region were under pressure to “choose a side” in the great power rivalry between the United States and the Soviet Union, rising geopolitical tensions are pushing countries to again make a choice, the President explained, this time between the US and China.

“The future of Asia-Pacific … cannot be determined by anyone but the countries of the Asia-Pacific,” he said.

That is an essentially sensible perspective, and it is encouraging that the President spelled it out for his influential audience in Switzerland. According to a new research brief by the International Monetary Fund released on Wednesday, what the IMF calls “geo-economic fragmentation,” or GEF, has done a great deal of harm to the world’s momentum toward globalization, and will continue to do so unless countries reverse the trend of greater isolationism. Thus, in this instance the President’s point of view is shared by one of the developing world’s most important multilateral partner institutions.

We believe the President’s statement is a good start. However, based on the broad recommendations presented by the IMF, we also believe the “new mentality” needs some fine-tuning.

First, the IMF spells out the risks of greater fragmentation. The “unraveling of trade links” would adversely affect developing economies and poorer populations in advanced economies. Restrictions on cross-border migration would degrade workforces and reduce remittances in migrant-sending economies. Reduced capital flows would hinder financial deepening in destination countries, as well as reduce technology and knowledge transfer. And finally, a decline in international cooperation overall would put the provision of vital global public goods at risk, a particularly alarming prospect when humanitarian and capacity-building needs are increasing due to the changing climate. The IMF was able to actually provide a broad estimate of the economic impact of fragmentation, a reduction of between 0.2 percent and 7.0 percent of global GDP, depending on how severe it is.

To prevent this, the IMF makes a number of recommendations, which are not prescriptive but rather suggest “best practice” in terms of an overall policy approach. “To avert runaway fragmentation, the rules-based multilateral system must adapt to the changing world. This includes the international trade and monetary systems,” the IMF said. “Given current geopolitical realities, progress through multilateral consensus may not always be possible. Trust may have to be rebuilt gradually through differential engagements depending on the countries’ preferences and willingness to work together.”

Put more simply, any policy of engagement must be flexible and tailored to the scope of common interests in the matter at hand; the more broad the shared interest, the broader the group of countries — up to the global scale, if warranted — the government should be prepared to work with. For example, geopolitical issues in the West Philippine Sea may indeed only involve one or two other countries and would best be handled on a bilateral or trilateral basis, while an issue such as fighting Covid-19 or recovering from its economic impact is a matter of global interest and is best solved in that context. In this respect, the President got it wrong when he said, “We have to strengthen our own local economy to be able to withstand shocks such as the pandemic, such as Ukraine in the future. And there is an element, there is a tendency of protectionism in that because we take care first of our own businesses, we take care first of our own industries, we take care first of our own economy.” Perhaps the reason the Philippines suffered a more severe and longer economic downturn than the rest of the region is because, as the IMF analysis suggests, that was exactly the wrong approach.

Likewise, the assertion that only the Asia-Pacific region can solve its problems may simply be a different form of “choosing a side.” The new mentality should be one in which the approach to issues and objectives is guided by what those issues are, and changes appropriately. If the government can do that, it can indeed achieve a great many things. 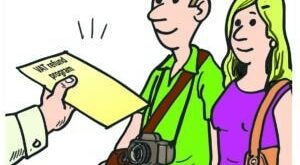 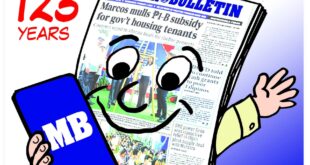