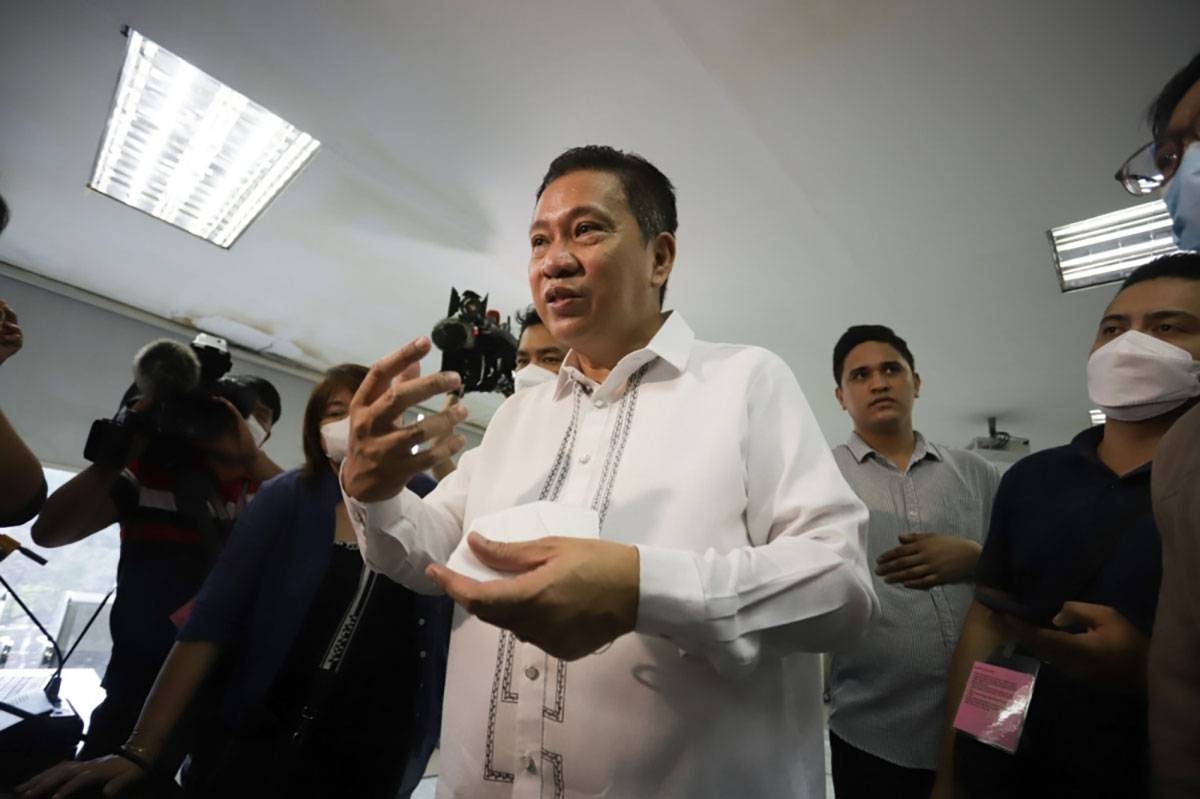 TRANSPORT CONCERNS Lawyer Teofilo Guadiz 3rd, Land Transportation Franchising and Regulatory Board chairman, answers questions from the media on Friday, Jan. 6, 2023, regarding the fare matrix of the EDSA bus carousel, the ticketing system and updates on the public’s land transport in Metro Manila. PHOTO BY JOHN ORVEN VERDOTE

The Land Transportation Franchising and Regulatory Board (LTFRB) announced on Friday the resumption of free bus rides on the EDSA Busway by February.

LTFRB chairman Teofilo Guadiz 3rd said they are just waiting for the release of P1.4 billion from the Department of Budget and Management to fund the transport scheme.

Guadiz said the budget for the free ride program may last up to July. He said however that in case the fund gets depleted, they plan to ask for a supplemental budget for the program to continue.

The free ride scheme on the EDSA Busway started in November 2020 when the government subsidized fares for passengers during the pandemic. The program ended on December 31 after its P8.4 billion allocation under the 2022 General Appropriations Act was exhausted.

The sizeable funding last year allowed the LTFRB to extend the free ride program to Pampanga, Bataan, Bulacan, Tarlac, and Zambales in Central Luzon and Cebu, Bohol and Negros Oriental in Central Visayas.

Given the limited budget this year, authorities have yet to determine which areas will be covered by the free rides.

At present, the EDSA Busway is operating on a “fare box” scheme. Through the fare box, bus passengers will be billed with the fare using the matrix/guide approved by the LTFRB until further notice from the board. Bus operators on the EDSA Busway must first obtain a “fare matrix” from the Technical Division of the LTFRB before they can charge passengers.

The LTFRB gave its assurance that ES Transport and Partners Consortium and Mega Manila Consortium Corp., the bus consortiums operating at the EDSA Carousel, will comply with the existing fare matrix or the correct fare set by the agency.

Guadiz met with the two bus consortiums on Friday to convey the complaints of passengers regarding the different fares being charged.

“The LTFRB has created a fare matrix and we have given it to the bus companies so it should be followed. But there may be a chance that some conductors have a different understanding of the fare matrix,” he pointed out.

“This is the point where we think conductors need retooling to help them determine the correct fare. But we believe that what happened were only isolated cases and there was clearly no intention to overcharge. It may just be a misappreciation of the fare,” Guadiz added.

The two bus consortiums promised to discuss the issue with their respective principals.

Meanwhile, the LTFRB is also studying the possibility of increasing the number of buses after it was determined that the bus consortiums are not able to supply the sufficient number of units that should be plying the EDSA Busway.

Guadiz noted that after a bus leaves the station, it should be followed by another bus within two minutes to avoid long queues of passengers.