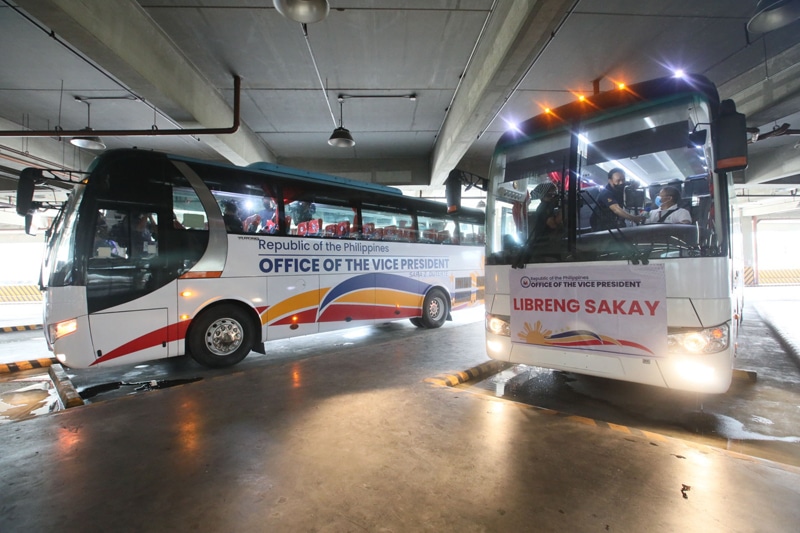 The Land Transportation Franchising and Regulatory Board has issued a fare box matrix for the EDSA busway effective 5 a.m. today (Jan. 1, 2023) after the Department of Transportation stood firm on its decision not to extend the “Libreng Sakay” program despite an allocated budget of P1.2 billion.

In an interview with Manila Standard, Transportation Secretary Jaime Bautista said that even if Congress allocated a P1.2 billion budget for the service contracting scheme, it will only last for about 3 months as the program costs about P12 million a day or P4.38 billion a year.

“The P1.2-billion budget is not enough to sustain the ‘Libreng Sakay at Edsa Busway.’ We need P12 million a day to subsidize the operation of Edsa Busway,” Bautista said.

Asked if they are allowed to use the programmed fund for another item, Bautista said: “The LTFRB will study where to spend the P1.2 billion under the GAA so it can benefit more people.”

He said the agency was looking at extending assistance to PUJ drivers who were affected by high oil prices and the impact of the pandemic.

However, Budget Undersecretary Goddes Hope Libiran insisted that the service contracting program would still be funded under the 2023 General Appropriations Act.

“As far as DBM is concerned, we confirm that service contracting is funded under the 2023 GAA,” Libiran told Manila Standard.

“We gave them funds to continue with the program until December 2022, in line with PBBM’s directive. I think the last [budget] release was in July or August. For 2023, it is also funded. So, there is no problem. Maybe, they are just addressing the execution details,” said Libiran.

The LTFRB already issued Board Resolution No. 189 which provides for a fare box scheme for the EDSA Busway using the fare matrix/guide approved by the agency.

It said 550 public utility buses from two consortia would run along the EDSA Busway route.

The agency said several point-to-point buses would be replaced by public utility buses that qualified under the specifications set for the EDSA Busway route.

The PUB units should apply for special permits before they could participate in the EDSA Busway program, the LTFRB said.

The resolution provides that the PUB units on EDSA Busway should also apply for a fare matrix/guide before they could collect fares from passengers.