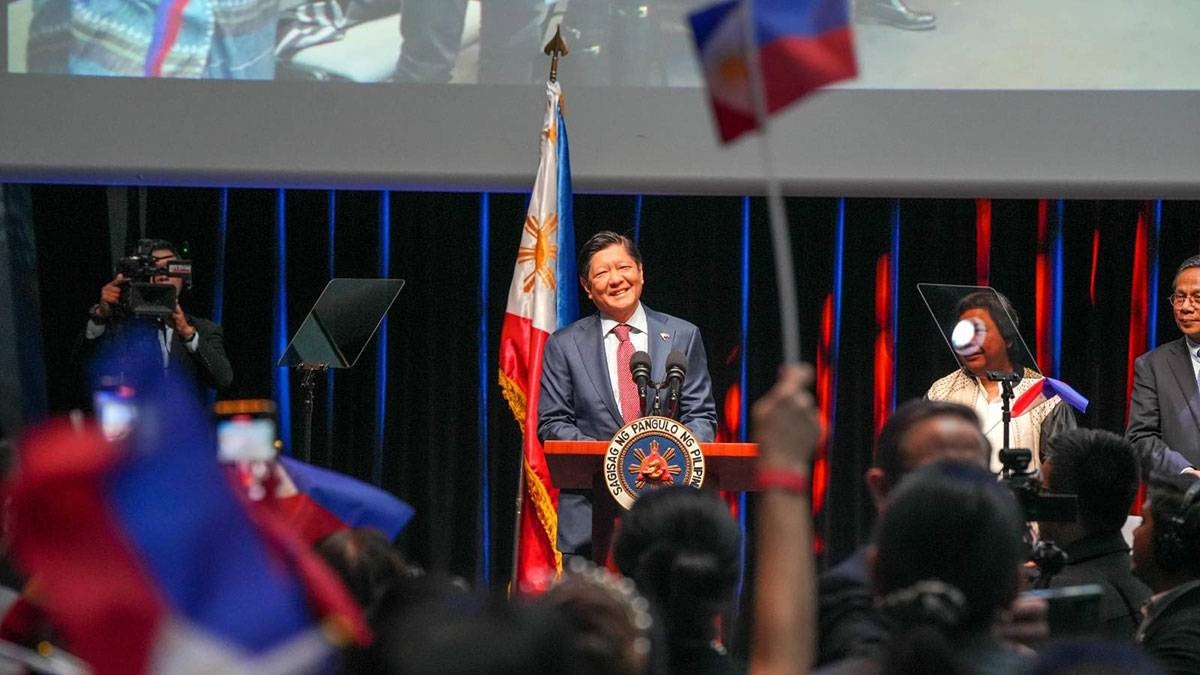 ZURICH, Switzerland: President Ferdinand Marcos Jr. has tamped down concerns about a spreading unrest among military officials, saying the problem has been dealt with.

Marcos made the statement after former Defense chief Norberto Gonzales and former senator Francisco “Kit” Tatad said they were worried that the President’s appointment of a new Defense chief and National Security Adviser (NSA) may have fueled unrest in the military establishment.

“I think that’s what exactly what we have done… What we did, in what I refer to as rationalizing the seniority within the officer corps, what we did was the solution to the problem that was the disgruntlement that was going on in the ranks,” Marcos told reporters covering his trip to Switzerland.

Gonzales, who headed the Department of National Defense (DND) and later the NSA during the Arroyo administration, said the appointment of Carlito Galvez Jr. as Defense chief and Eduardo Año as NSA, may have silenced the grumbling in the military, but Marcos must look beyond issues of leadership to further stabilize the situation.

The DND and the Armed Forces of the Philippines (AFP) must see to it that “even if there is some type of grumbling, their prevailing attitude is to normalize things as soon as possible,” Gonzales said in a recent roundtable interview organized by The Manila Times.

The restlessness is more pronounced among former high-ranking military officials who resented that members of some Philippine Military Academy batches up for promotion have been bypassed, Gonzales said.

In the same roundtable interview with The Times, Tatad said Marcos must reach out to former Cabinet officials and other key government agencies to gain a different perspective on how to address the country’s most pressing problems such as the high inflation rate and the food crisis.

Centino replaced Lt. Gen. Bartolome Bacarro, who was AFP chief for only about five months.

It was the return of Centino as Armed Forces head that sparked rumors of unrest in the military.

Defending his decision, the President noted that Centino is more senior than Bacarro.

He said he needed to correct the issue of seniority precisely to quell the unrest in the lower ranks.

“There were some comments that were made: ‘Paano ‘yan ‘pag nag-extend-extend kami naman dito sa lower ranks, wala na kaming pag-asa (What if they extend again and again, we, in the lower ranks, might lose a chance to be promoted)?'” Marcos told the reporters.

“Hindi naman tama ‘yun. So malo-low morale sila. So tiningnan namin (That’s not right. So, they’ll be in low morale. So, we looked at it), ‘What do you want us to do?’ Nagtanong kami sa military and I said ayusin namin ‘yung seniority (We asked our military, and I said let’s fix the ranks by seniority) and that’s what we’ve done,” he added.

The President described Galvez as “very, very experienced.” “And, in fact, as soon as he took his oath, he already knew what to do. Nag-command conference na siya (He already presided over a command conference). So I think he’ll slide into that position really easily,” Marcos said.

Galvez replaced DND Officer in Charge Jose Faustino Jr., who said that he resigned after learning “only from news and social media” that a new military chief had been sworn in in Malacañang.

The President cited Año’s “long, long, long experience in intelligence.” “Before he became chief of staff, before he became group commander, he was ISAFP (Intelligence Service of Armed Forces of the Philippines), so sanay na sanay ‘yun (so he’s used to that kind of work). And he’s well-known, and he knows all of the operatives in the intelligence community,” he said.

Año replaced Prof. Clarita Carlos, who quit her post to join the Congressional Policy and Budget Research Department of the House of Representatives.

Asked about Carlos’ sentiments that her critics wanted her out from Day One, Marcos said “Well, she felt that there were people who were moving against her in government. Ako I didn’t, I kept telling her, I don’t really think so.” “And I guess she just found it too much, she didn’t enjoy her time in government which — you know, if we think about it, it’s not really surprising because that’s not her natural habitat. Her natural habitat is the academe. And so now, she will be in a think tank which is perfect for her,” he added.

The President also allayed concerns that what happened to Carlos will become a trend and some Cabinet officials will also be pressured to leave.

“Well, just because they’re criticized, they’ll have to leave?… How many of the Cabinet… Marami ng criticism ‘yun, hindi naman ako ganon,” the President said.