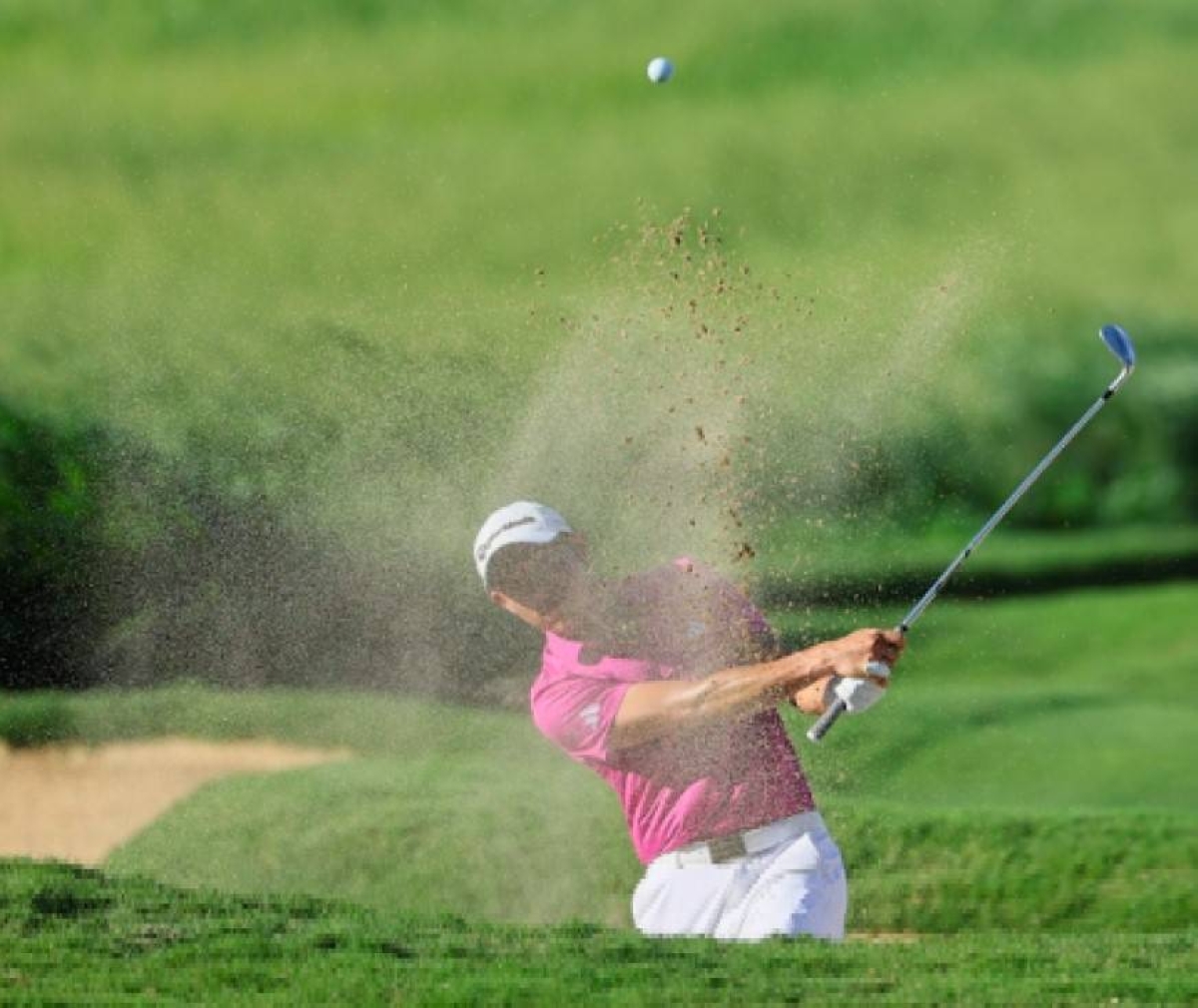 Collin Morikawa of the United States plays a shot from a bunker on the 14th hole during the second round of the Sentry Tournament of Champions at Plantation Course at Kapalua Golf Club on Friday, Jan. 6, 2023 (January 7 in Manila), in Lahaina, Hawaii. AFP PHOTO

LOS ANGELES: Two-time major winner Collin Morikawa fired seven birdies in a seven-under par 66 on Friday (Saturday in Manila) to grab a two-shot lead in the US PGA Tour Tournament of Champions in Hawaii.

As the wind picked up at Kapalua, Morikawa was the only player in the field to remain bogey-free through 36 holes.

His 16-under par second-round total of 130 put him two clear of world No. 2 Scottie Scheffler and fellow American J.J. Spaun.

Scheffler, who could regain the world No. 1 ranking from Rory McIlroy with a top-three finish this week, closed with four straight birdies in his 66 for 14-under 132.

Spaun, who was part of a three-way tie for the lead on Thursday with Morikawa and Jon Rahm, carded a five-under 68.

Morikawa, who won the 2020 PGA Championship and the 2021 Open Championship, pulled away early, opening his round with a 19-foot birdie at the first hole.

He added birdies at the third, fourth and fifth to make the turn at 13-under, then drilled a 30-foot birdie putt at the 10th.

After saving par from greenside bunkers at the 12th and 13th, Morikawa blasted out of a greenside trap to 8 feet at 14 and made that for birdie.

He added a two-putt birdie at the par-five 15th. He was unable to convert and 8-foot birdie chance at 17 and his 30-foot birdie try at 18 lipped out, leaving him one shy of the Plantation Course 36-hole record.

“Pretty solid, made some good putts. Obviously, it played a lot harder with kind of the wind, and just the fairways rolling pretty fast, you end up in a lot of spots where you're just going to end up in the rough,” said Morikawa.

The 25-year-old Californian has family connections to Hawaii and said he felt the local support. “It's great. It definitely feels like home. Even though I never lived here. My Dad used to come all the time as a kid and grandparents are from here and great grandparents are from here, and there's a long lineage throughout the Hawaii islands for us.”

“It's nice to kind of feel that family, that ohana spirit around and just have people rooting you on,” he added.

Scheffler also got off to a quick start, with birdies at the first, third and fifth before a bogey at the sixth, where he needed three shots to reach the green. He bounced back with a 14-foot birdie at the seventh and a birdie at 12 before surrendering a shot at 13.

Scheffler stormed home, however, reaching the green in two for a birdie at the par-five 15th, then draining a 6-footer and a 5-footer for birdies at 16 and 17 before another two-putt birdie at the last.

“I hit some good shots toward the end, made a few nice putts, too,” said Scheffler, who said putting isn't always easy on the grainy greens at Kapalua.

The American, who first rose to No. 1 in the world after his triumph at the Masters last April, said he didn't focus on the chance to return to the top.

“What's the point?” Scheffler said. “I've got to show up here and try to play good golf, and thinking about world rankings and stuff like that is not going to help me make good shots.”

Three-time major winner Jordan Spieth was alone in fourth after a 66 that included two eagles for 133. Rising South Korean star Kim Joo-hyung carded a 69 for 134.

Spain's Rahm, ranked fifth in the world, carded a 71 and was tied with US Open champion Matt Fitzpatrick on 135.

American Xander Schauffele, ranked sixth in the world, withdrew Friday with back pain that first flared up at the Hero World Challenge in the Bahamas last month.