We are witnessing a turning point in the global order, says Canada’s top soldier

Share
It might be a stretch to describe Gen. Wayne Eyre as a modern Cassandra. Still, over the latter half of 2022, Canada’s top military commander delivered — in public and before House of Commons committees — increasingly stark warnings about the future geopolitical landscape, where the war between Russia and Ukraine could go and the intentions of other disruptive international actors, such as China.

The world is at a ‘turning point’ — is Canada’s military ready?

Canada’s Chief of the Defence Staff Gen. Wayne Eyre believes we are witnessing a turning point in the global order and worries about the military’s capacity to respond if the war in Ukraine escalates beyond its borders.

It might be a stretch to describe Gen. Wayne Eyre as a modern Cassandra.

Still, over the latter half of 2022, Canada’s top military commander delivered — in public and before House of Commons committees — increasingly stark warnings about the future geopolitical landscape, where the war between Russia and Ukraine could go and the intentions of other disruptive international actors, such as China.

Whether he’s been disbelieved or dismissed — like the Trojan priestess of Greek mythology — has depended largely on his audience.

Last October, he told a Commons committee that the West was already “at war with China and Russia” and that the two global powers were out to remake their world in their own political image.

During a separate appearance before a different panel of MPs, he warned that Canada’s hold on its Arctic archipelago is “tenuous” in the face of great power competition.

It’s almost unprecedented to hear a Canadian chief of the defence staff speak publicly in such uncompromising terms.

“This has been a year like no other in my career,” Eyre, who has spent 34 years in uniform in deployments all over the world, told CBC News in a year-end interview.

“And I think history will view this year as a turning point in the global order.”

In an interesting departure from his previous remarks, Eyre delivered a decidedly more mainstreet argument for why the skeptical or uninterested should still care about the unravelling of the geopolitical consensus that has held the world together since the end of the Cold War.

“We need to be concerned because our national prosperity is based on the stability in the existing order,” Eyre said. “And if we can’t defer or deter and defend that, or if we can’t work with our friends, partners and allies to create stability in that order, we’re going to suffer.”

The supply chain disruptions and soaring energy and food prices — driven by rampant inflation triggered by the onset of major hostilities between Ukraine and Russia last winter — could be just a taste of what lies ahead, Eyre suggested.

As Ukraine settles in for a long, brutal winter war, the country’s allies — including Canada — have spent the last few weeks trying to catch their breath and take stock of how the world changed — perhaps irreversibly — in 2022.

In early December, NATO Secretary General Jens Stoltenberg warned during an interview with Norwegian broadcaster NRK that there was a “real possibility” of the war in Ukraine escalating into a full-blown conflict between the western military alliance and Russia.

Canada would be called on to join its allies in such a case.

For years, the Canadian public has been bombarded with conflicting (and occasionally toxic) messages — some of them political — about the state of the military, its equipment and its leadership.

Even members of Parliament seem confused about the roles the Canadian Armed Forces is capable of playing. For proof, look no further than the Commons committee debate last fall about how involved the military should be in domestic emergencies.

Successive governments have piled more responsibilities on the military, forcing it into unconventional roles — such as backstopping pandemic-ravaged nursing homes in two provinces — at a time when recruitment numbers have been falling like a stone.

The latest item to be added to the military’s to-do list will figure more prominently in the coming year. It’s the Liberal government’s plan to be more involved militarily in the Indo-Pacific region by deploying an additional frigate and undertaking security force training in countries like Indonesia, the Philippines and Vietnam.

“I am concerned about our capacity writ large, given the significant number of demands around the world. And there’s just not enough Canadian Forces to be able to do everything,” Eyre said.

Canada has been nominally engaged in the region already, with sail-pasts through the contested Taiwan Strait and missions to enforce sanctions against North Korea.

“There is something else at play here that is really grave and important to Gen. Eyre,” said retired general Tom Lawson, who served as chief of the defence staff from 2012-2015. “The main responsibility of every chief of defence is … to make sure that the Canadian military has enough people, the appropriate numbers of people, that they are equipped to an appropriate level and that they are trained and providing the readiness that the government may need.”

The new government strategy formalizes and increases that involvement — sending a signal to China — at a time when the Canadian military is increasing its commitment to reassurance missions in Eastern Europe meant to keep Russia at bay. At last summer’s NATO leaders summit, Canada agreed to put more resources into the battlegroup it leads in Latvia to make it a brigade-sized force.

Meeting all of those commitments will make the balancing act Eyre and other senior leaders face even more precarious. It will mean, he said, taking great care in deciding which kinds of ships and aircraft to send on missions. For example, he said, frigate deployments could be swapped out for minesweepers in some cases.

Eyre calls it a “targeted” approach. But doesn’t that amount to robbing Peter to pay Paul?

“Well, it’s a zero-sum game, and we have to find a way of paying both Peter and Paul, but perhaps not as much,” he said.

Eyre said there’s no silver bullet solution to this dilemma. He noted how in 2022 he ordered all non-essential activity to cease to allow the military to concentrate on its core responsibilities and said that, in certain circumstances, “we’re saying ‘no’ … in terms of taking on new tasks.”

That might be easier said than done, given the global instability Eyre has warned about.

The war in Ukraine has forced the Canadian military to part with some essential equipment, such as ammunition, howitzers and anti-tank weapons. It also put the spotlight on critical deficiencies, such as Canada’s lack of ground-based anti-aircraft systems and weapons to counter drones.

Those procurements involve acquiring air defences, counter-drone technology, better electronic warfare equipment (jammers) and new anti-tank weapons, such as the U.S.-manufactured Javelins which have proven decisive for Ukrainians on the battlefield.

“I wish we had it yesterday,” he said.

Eyre said he has challenged planners at the Department of National Defence to think about worst-case scenarios and to draw from the experiences of the past.

“I often challenged the team to look at history. What did we do in 1939?” he said, referring to the beginning of the Second World War.

“We had to grow a Canadian military from several thousand to, I think, at the end of the day, we had six years later 600,000. How did we do that? How were we able to arm them? What risks were involved?”

When asked whether Canada was ready to fight along its allies if the worst happens in 2023, Eyre hedged and qualified his response. It depends, he said, on “who’s your enemy and who are your friends” and what kind of technology is involved.

Some of those worst-case scenarios keep him up at night.

“I have grave concerns, not only about the capabilities we have [but] the ability to sustain them in terms of ammunition, in terms of spare parts and in terms of people,” he said. 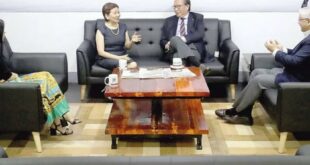 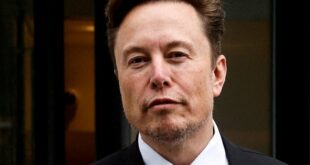